This dead leaf butterfly has a dazzling secret

Bec Crew is a Sydney-based science communicator with a love for weird and wonderful animals. From strange behaviours and special adaptations to newly discovered species and the researchers who find them, her topics celebrate how alien yet relatable so many of the creatures that live amongst us can be.
By Bec Crew • September 10, 2018 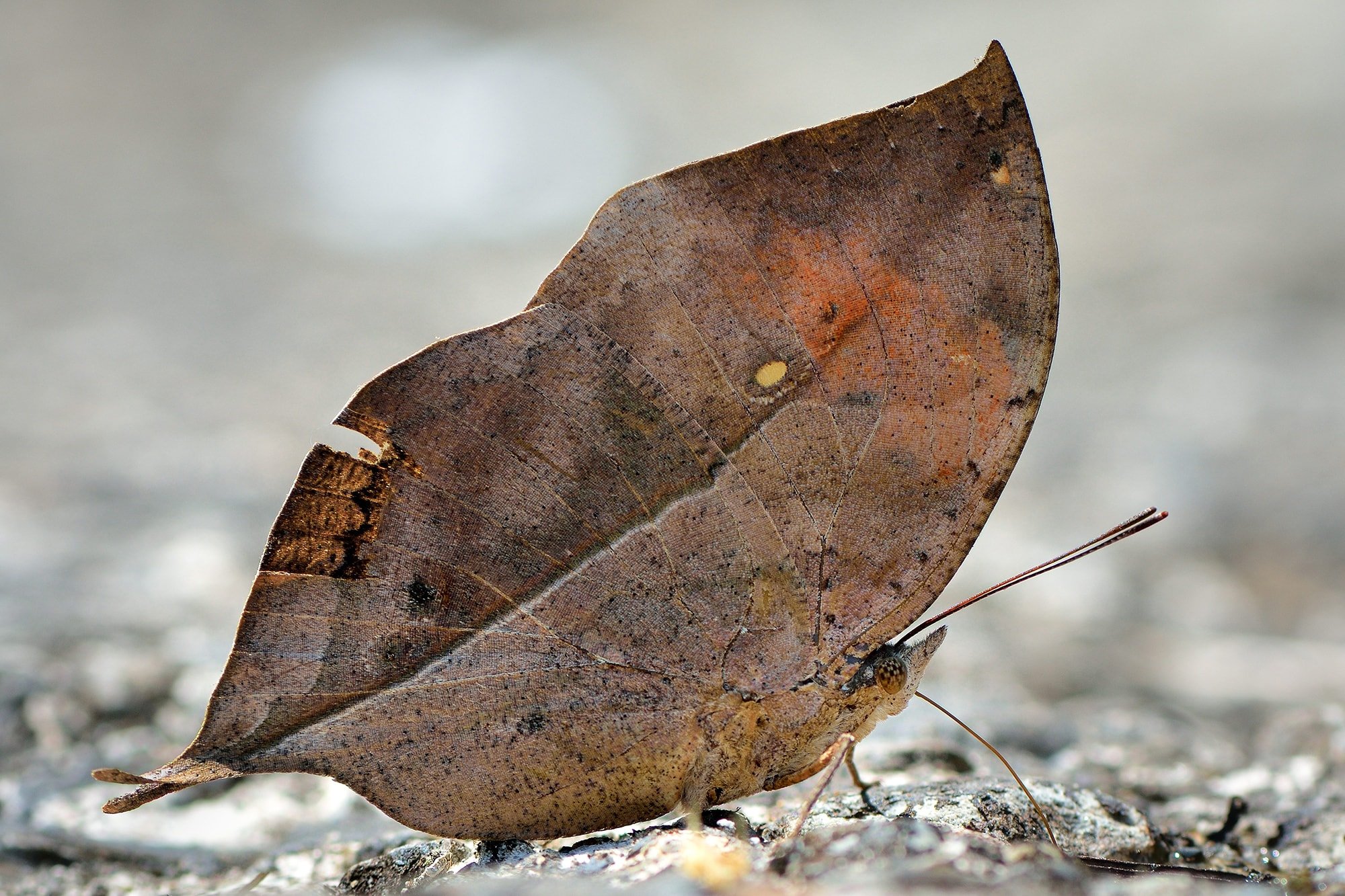 Image credit: JamesHou/Shutterstock
Reading Time: 3 Minutes • Print this page
They say beauty is within, but for the dead leaf butterfly, there’s nothing figurative about it.

WHEN IT COMES to camouflage versus extravagance, this unique little insect doesn’t have to choose – it’s got the best of both worlds.

When its wings are closed, the species looks exactly like a dried autumn leaf, giving it the cleverest camouflage a butterfly could want. But when its wings are open, it reveals a luminous colour pattern that can hold its own against the world’s prettiest wings.

Also known as the orange oakleaf butterfly (Kallima inachus), it hails from Tropical Asia, ranging from India to Japan. Closer to home, you can find it in South East Asia, including in Laos, Taiwan, Vietnam, and Thailand.

Here it is in action, showing off its amazing camouflage:

The brilliance of the dead leaf butterfly’s disguise is the fact that it hasn’t just nailed the colouring of a dead leaf, it’s got the shape, the midrib, and even the veins figured out, and it all comes together so perfectly, it puts this leaflike katydid to shame.

And what’s especially cool about it is it even changes its look with the seasons.

Thanks to a phenomenon known as polyphenism, which describes how distinct characteristics or traits can arise in a single species under different environmental conditions, the dead leaf butterfly has specific dry-season and wet-season forms.

Not only do these forms differ in colouration and size, but the wet-season form tends to be smaller than the dry-season form. Even the coloured side of the wings changes with the seasons.

Here we’ve got an example of the wet-season form on the left, with rich, royal blue and thick, bright bands of orange. The more muted, violet-toned dry-season form is on the right: While the exact reason for having two distinct forms depending on the season remains somewhat of a mystery, scientists have suggested that the dead leaf butterfly – along with a number of similar tropical butterfly species – has managed to strike the optimal balance between hiding completely, and employing some neat anti-predator strategies.

During the dry season, tropical butterflies tend to be less active. So, as long as they stay perfectly still, camouflage is all they need to hide from predators.

In the dead leaf comparison image above, you can see that the dry-season patterning is almost completely uniform. This means the dead leaf butterfly can stay completely hidden, and would-be predators are none the wiser.

But in the wet season, when these butterflies are more active, they display eyespot patterns that are meant to deflect birds, ants, spiders, and wasps from trying to eat them.

You can see this eyespot pattern more clearly here: And in the footage below, you can see how the eye holes appear to ‘light up’ as the butterfly moves its wings:

The more you look, the cooler this butterfly becomes.

You can read more about camouflage, including some of Australia’s best examples, here.