This wrap-around spider is weirdly adorable

Bec Crew is a Sydney-based science communicator with a love for weird and wonderful animals. From strange behaviours and special adaptations to newly discovered species and the researchers who find them, her topics celebrate how alien yet relatable so many of the creatures that live amongst us can be.
By Bec Crew • July 23, 2018 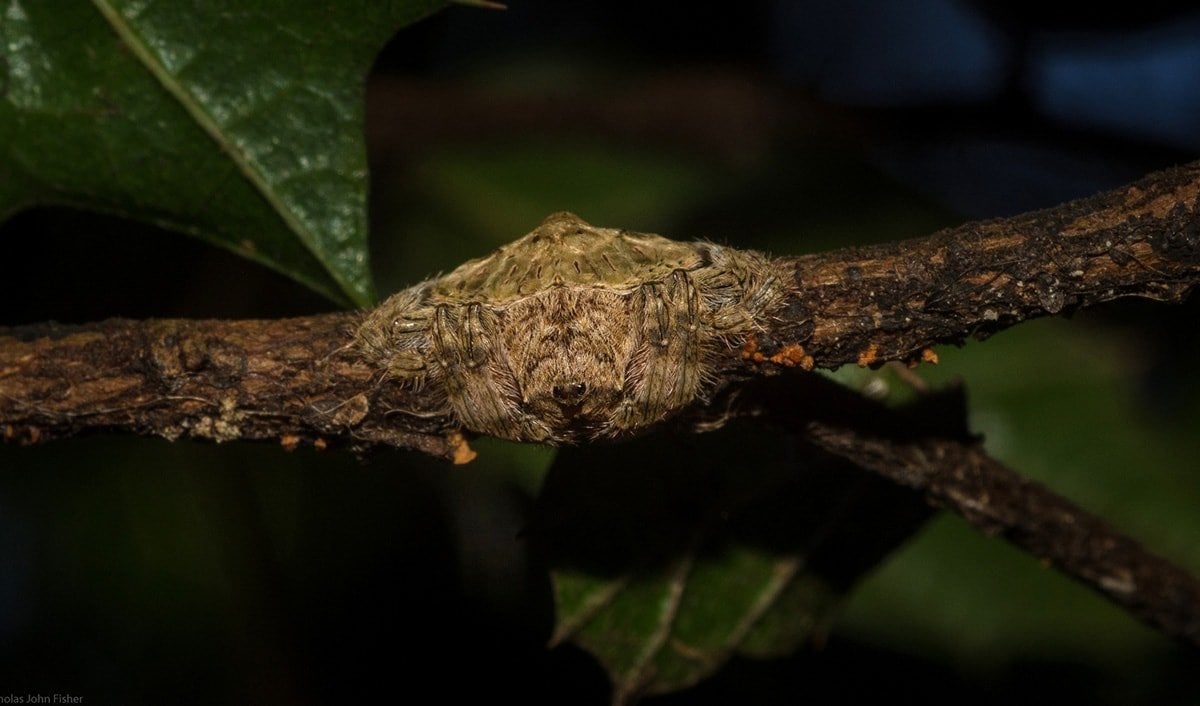 Wrap-around spiders belong to the Dolophones genus, and there are 17 species that are endemic to Australia and parts of Oceania. Image credit: dustaway/Flickr
Reading Time: 2 Minutes • Print this page
These little guys are experts at hide and seek.

Let’s face it. Australia has some objectively intimidating spiders. Even if you’re somehow not scared of them, redbacks, funnel webs, and mouse spiders are a force to be reckoned with. And let’s not forget that a huntsman did this.

But the silver lining of being on an island that’s crawling with arachnids is we get the good with the bad. The fuzzy weirdos with the stone cold killers.

I could be talking about jumping spiders, because look at them. Look at that face. But this time, I’m talking about wrap-around spiders.

Something this good at hiding shouldn’t be so adorable, but look at how flat it’s made itself: 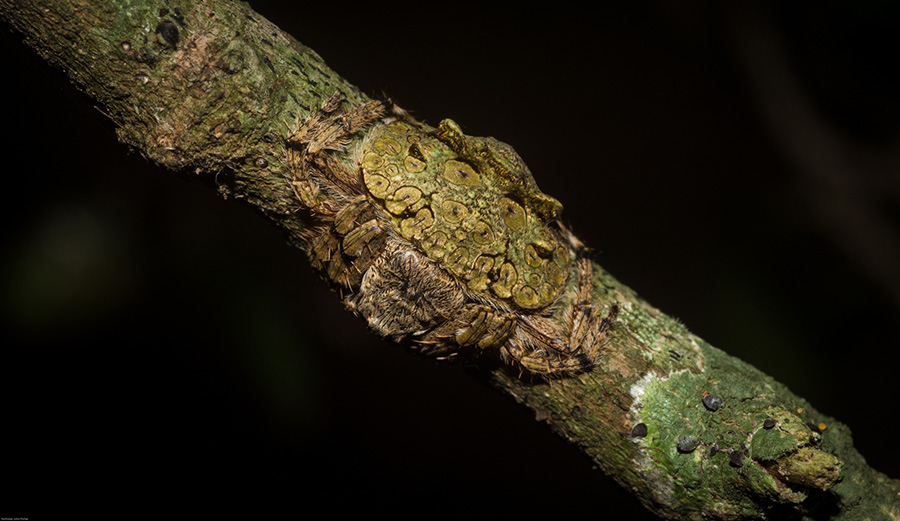 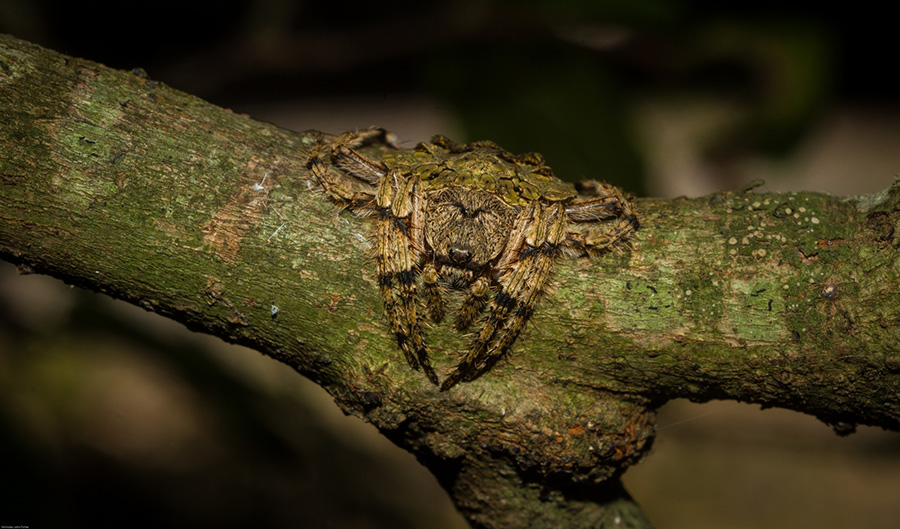 Wrap-around spiders belong to the Dolophones genus, and there are 17 species that are endemic to Australia and parts of Oceania.

They’re able to flatten themselves so perfectly against the surface of a branch because of their unique body shape. The abdomen is shaped like an inverted dish, so the spider’s concave underbelly can hug the curves of a tree just like its fuzz-covered legs.

Its camouflage, which is spectacular, is aided by the peculiar pattern of oval discs that run across the abdomen, giving the wrap-around spider its other nickname: the leopard spider: 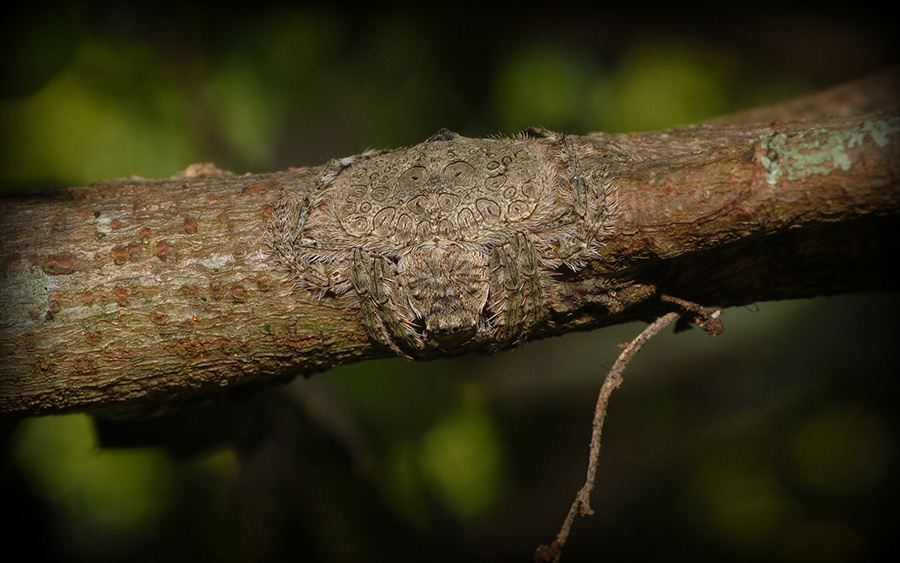 As with most spiders, the wrap-around spider is more active at night, and will spring to life in the dark to construct a vertical orb web. Before the Sun comes up, it will destroy its web and take its position on a branch once more to hide out during the day.

So yes, if you make a habit out of grabbing random tree branches in the bush of an afternoon, you are at risk of getting a shock from a Dolophones spider.

The good news is that they belong to the Araneida family of orb-weavers, which do wield venom, but it’s not particularly dangerous to humans.

I didn’t think anything could knock the fantastic mirror spider off its perch as the coolest spider, but the wrap-around spider looks so happy to just do nothing but cuddle up and chill on a branch. And that’s something we can definitely get behind.