This huge black bee is a gentle giant

Bec Crew is a Sydney-based science communicator with a love for weird and wonderful animals. From strange behaviours and special adaptations to newly discovered species and the researchers who find them, her topics celebrate how alien yet relatable so many of the creatures that live amongst us can be.
By Bec Crew • July 9, 2018 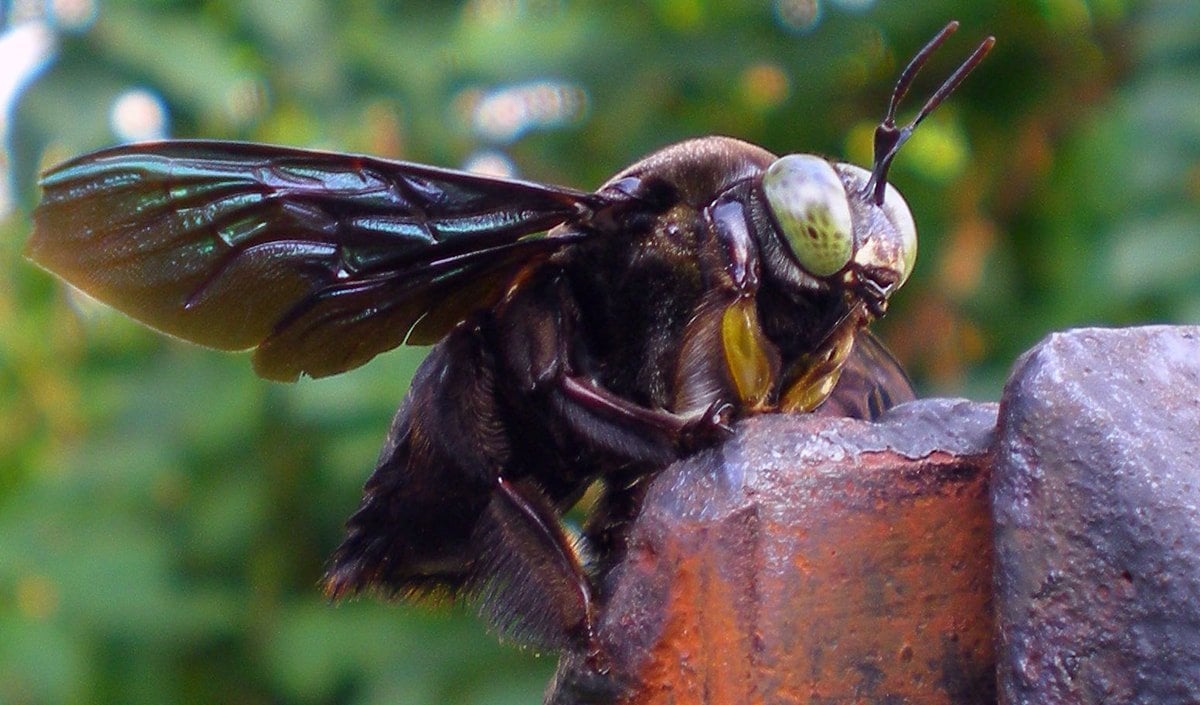 IF YOU’RE USED TO to seeing bumblebees, they’re typically around 15 mm long, with a wingspan of 22 mm. The tropical carpenter bee, on the other hand, is more than double the size of a bumblebee at 35 mm long, and has a wingspan that stretches 60 mm long.

So yes, this black beauty looks positively weird sitting atop a flower, dwarfing it with its mouse-sized body: 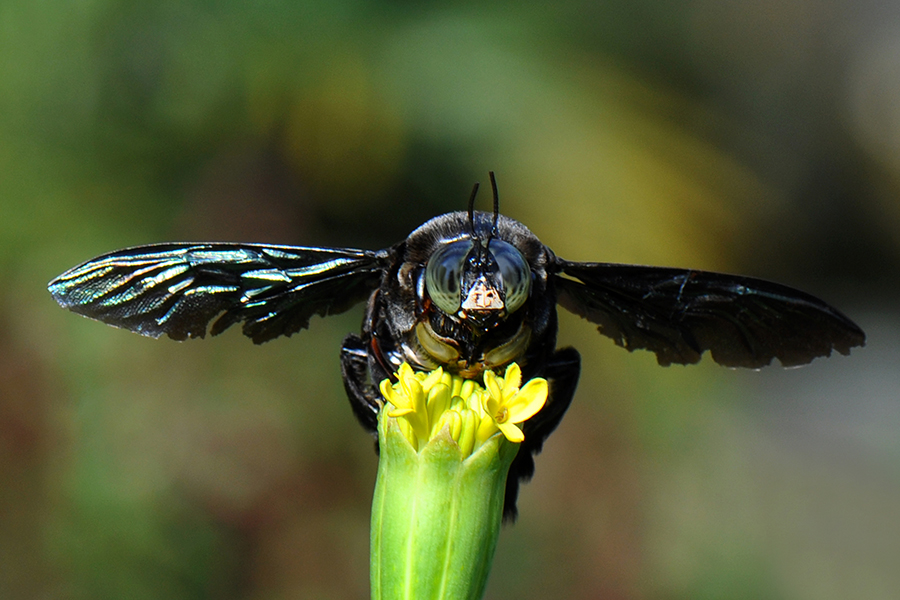 It’s found throughout Southeast Asia and Singapore, and as its name suggests, the tropical carpenter bee burrows into wood to build a nest for itself. Here it will eke out its life, in solitary or with a nesting partner, out of sight of hungry bee-eaters and other insectivorous birds.

The good news is the males are incapable of stinging, and the females rarely do, making these sizeable insects far less of a threat than the swarming bees we’re used to seeing.

Other than its large, robust body, the tropical carpenter bee is remarkable for its striking black colouring, which contrasts beautifully with its glittery, metallic wings.

Its wings can glow either blue-green: 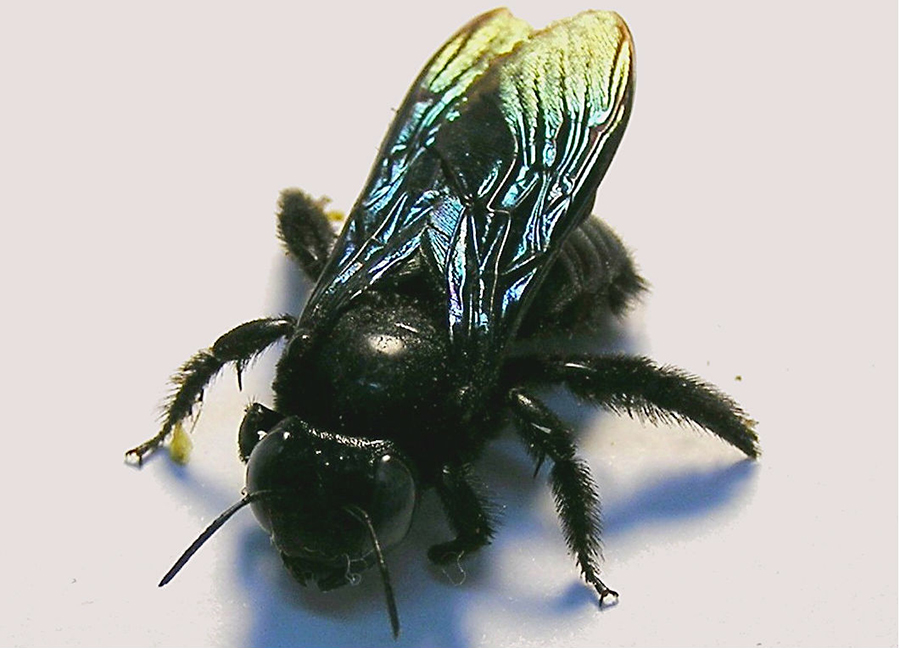 or gold, purple, and magenta, which makes them look positively magical in the right light: 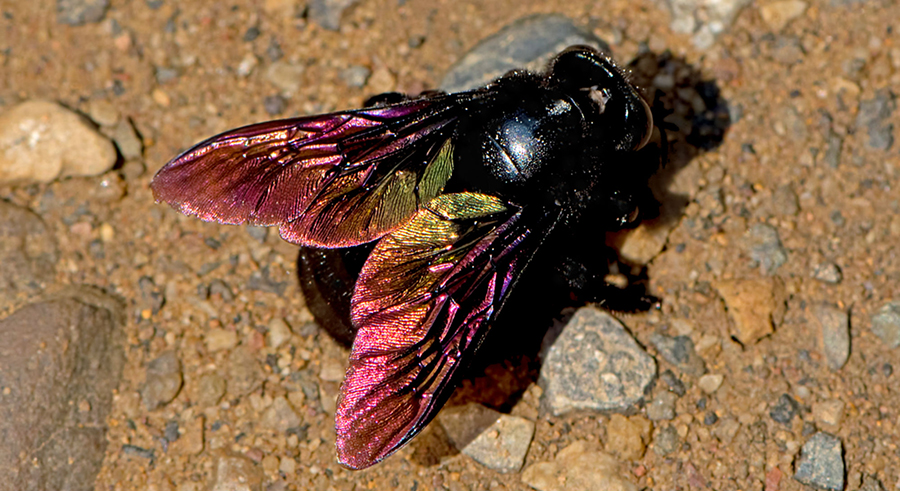 Despite being a big, chunky insect, the tropical carpenter bee has been edged out of the record books by an even bigger specimen – Wallace’s giant bee (Megachile pluto), the largest bee in the world.

An enigma wrapped in a 38-mm body with a 63.5-mm wingspan, Wallace’s giant bee has only ever been found on three islands of the North Moluka province of Indonesia, which means we still know very little about its behaviour or distribution.

The silver lining of this bee’s global obscurity is that most of us aren’t going to encounter one of these in the garden, and I, for one, am thanking my lucky stars: 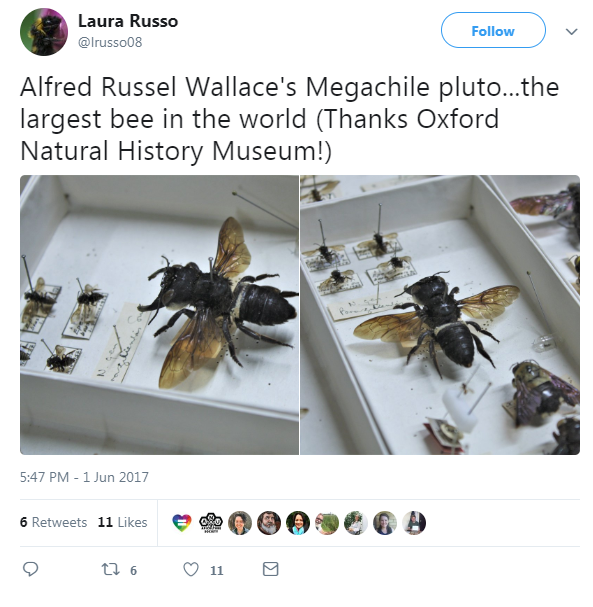 As we celebrate the underappreciated diversity of the humble bee, let’s sit back and marvel at the tropical carpenter bee one more time, as it takes off like a slick, black fighter jet, ready for adventures: