The tokay gecko is a masterclass in tail shedding
default

This Antarctic scale worm is some serious nightmare fuel

If you’re looking for something to have bad dreams about, look no further than the Antarctic scale worm. 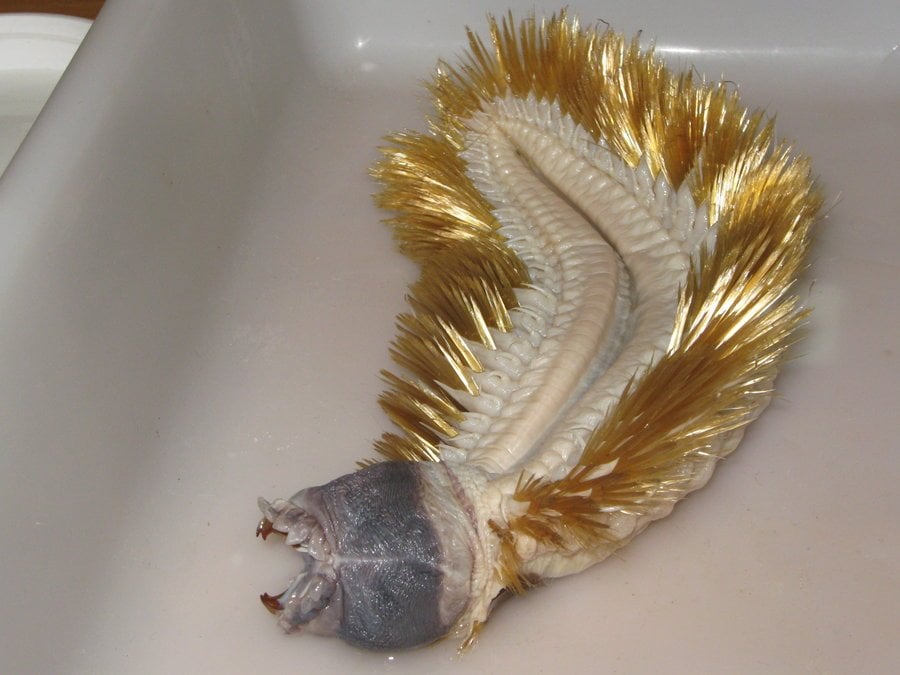 IT’S THE WEIRD ANIMAL equivalent of a mullet – horrifying hell beast in the front; oddly mesmerising fleece of pure spun gold in the back.

This bizarre marine worm is found in the Southern Ocean near Antarctica at depths of more than 500 metres.

And I don’t want to alarm you, but this thing is HUGE. The species reportedly grows to more than 20 cm long and 10 cm wide, which is definitely not the size that you want a worm that looks like this to be.

Meet Eulagisca gigantea, the scale worm with a head like a Xenomorph and a body that literally looks like it’s made from rows of human teeth: Scale worms belong to the family Polynoidae, which includes many species of short and flat marine worms found all over the world.

They’re characterised by scales that cover their bodies called elytra, and while little is known about their eating habits, researchers have suggested that they’re active hunters, which is good news for pretty much no one.

And here’s the best bit. The part that looks like a head with no eyes is actually a retractable proboscis – a tubular sucking mouthpart – that the scale worm usually turns inside-out and folds up into its body.

Like an actual Xenomorph, when it’s ready to feed, it unfurls this 7-cm-long appendage and tears apart its prey with its sharp mouthparts.

Of course, that means that Eulagisca gigantea isn’t all that terrifying without its proboscis unfurled. Skip to 0:41 below and you’ll see that it’s just kinda fluffy and squirmy:

Oh, but then there’s this: A stunning reptile with a secret in its tail, the tokay gecko captivates anyone that encounters it.