This bizarre tentacled snake is like nothing else on Earth

Bec Crew is a Sydney-based science communicator with a love for weird and wonderful animals. From strange behaviours and special adaptations to newly discovered species and the researchers who find them, her topics celebrate how alien yet relatable so many of the creatures that live amongst us can be.
ByBec Crew• February 26, 2018 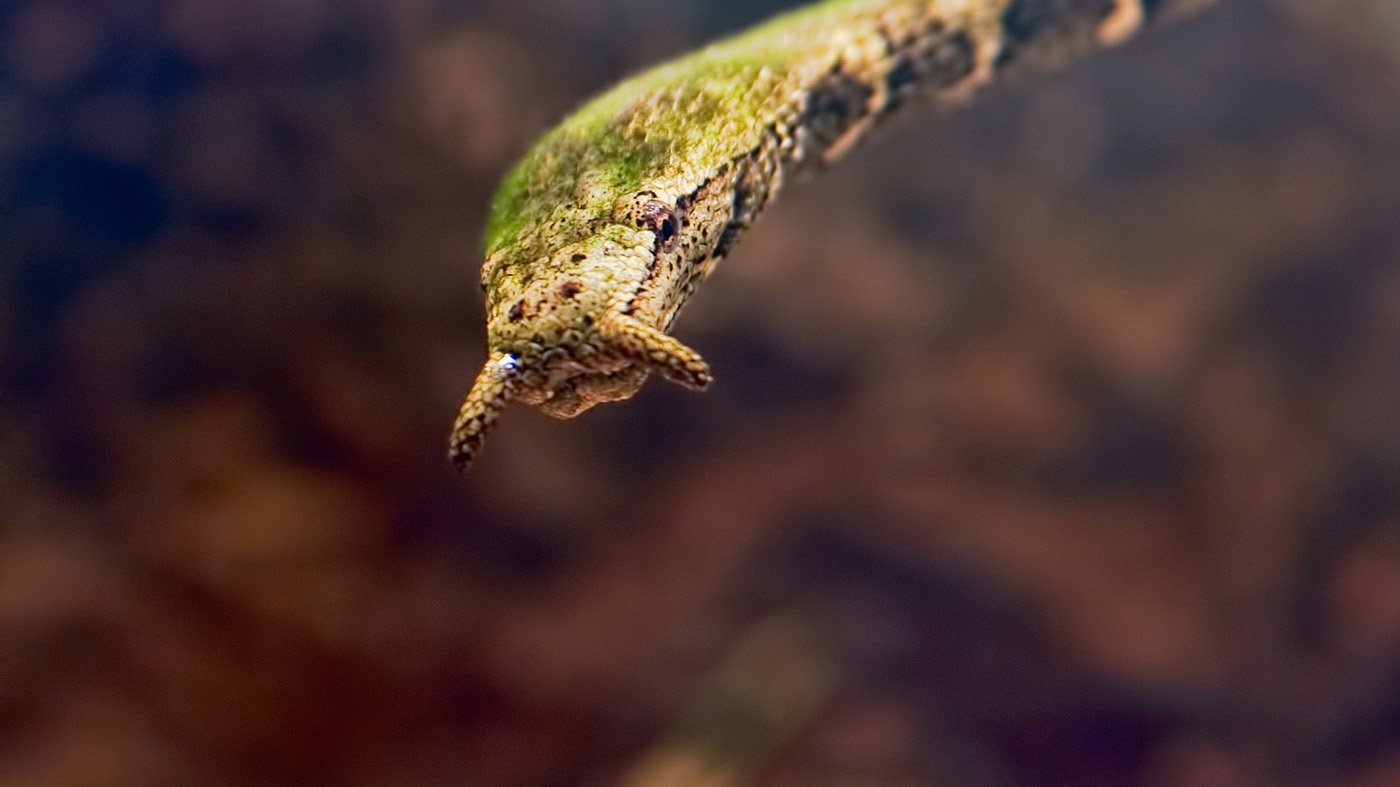 Image credit: Nick Michalski/Flickr
Reading Time: 2 Minutes • Print this page
Just when you thought you’d seen it all, nature dishes up a snake with tentacles.

On its face. And that’s not even the half of it, because this snake lives underwater, eats fish, and its method of hunting is diabolical.

The tentacled snake (Erpeton tentaculatum) is the only species of snake in the world to possess tentacles on its face. It’s an aquatic freshwater species, and can stay submerged for 30 minutes at a time before returning to the surface for air.

Native to South-East Asia, including in Thailand, Cambodia, and Vietnam, the tentacled snake lurks in rice paddies, lakes, and streams – wherever the water is shallow and murky enough to conceal its sand-coloured body from its prey.

And it’s got more than one trick up its, erm, sleeve, to catch said prey. If you’re wondering what those tentacles are actually for, they’re not just prodding devices – the tentacled snake can wriggle them around just like stubby little octopus tentacles.

On close inspection, scientists have discovered that they contain a huge amount of nerve cells, which means they’re used for detecting prey in muddy water.

And while you might expect those nerve cells to be on the surface of the tentacles, which would allow the snake to sense its prey through touch or taste, the nerve cells have actually been found clustered in the centre.

This suggests that the snake uses its tentacles to ‘see’ its prey in water so murky, its actual eyes are rendered useless.

While most aquatic snakes hunt their prey much like a terrestrial snake – by actively moving towards them and striking – the tentacled snake prefers the ‘wait and see’ approach.

And it uses the fish’s best defence against it.

If you’ve ever tried to catch a fish in the ocean with your hands, you’ll know that they are no easy prey. Fish are so great at slipping away from would-be predators due to a defensive reflex called the C-start.

It’s called a C-start because when a fish senses a threat, it can flick its tail to morph its body in a C-shape, which allows it to zip away from anything trying to grab or bite it.

But the tentacled snake has figured out how to thwart this move by manoeuvring its body into a question mark shape, and when the fish is in the right position, it flicks its tail, causing the fish to C-shape away from the tail and right into its waiting mouth.

Basically, the tentacled snake is the sinister genius that every fish has nightmares about, because it’s able to predict where the fish will try to escape to, and put its gaping maw right there for the killing.

That fish never stood a chance.