If weird insects are your thing, feast your eyes on the weirdest of them all – the trilobite beetle, a creature that looks like it’d be more at home with the dinosaurs than in the forests of present day. 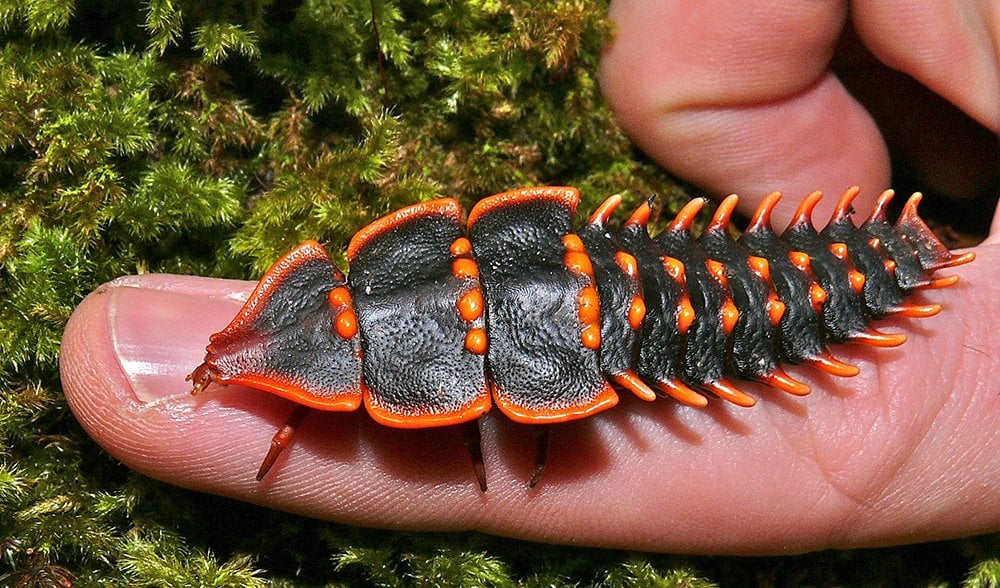 FOUND IN Southeast Asia and India, these peculiar beetles aren’t related to trilobites, but they are named after them, because of their similarly armoured bodies and helmet-like heads.

And their strange looks are just the beginning. Their mating habits are so mysterious, they’ve kept scientists guessing for more than two centuries.

Where are all the males?

First discovered back in the 1800s, trilobite beetles belong to the family Lycidae, commonly referred to as net-winged beetles. A major characteristic of many net-winged beetle species is that their males and females look entirely different.

And that’s the most confounding thing about trilobite beetles – every single individual that looks like a trilobite is a female. That form is actually retained from when they were larvae, so the females change very little from when they hatch out of their eggs.

But the males are different – they basically look like plain old beetles, with long, winged bodies and a pair of thick antennae. And they tend to only grow to about 5 mm long, whereas the females can stretch to more than 6 cm. Male trilobite beetles are very rarely seen, but judging from a sketch in a 1996 paper, they look a lot like this net-winged beetle from the same family. (Image Credit: L. Shyama/Wikimedia)

So if the male trilobite beetles look like every other beetle you might see hiding out in the forest, the only way to confirm what one actually looks like is by catching it in the act of mating with a female.

And needless to say, nothing about that scenario is easy.

Twenty years ago, Alvin T. C. Wong from the Department of Zoology at the National University of Singapore followed a number of female trilobite beetles for days through the humid forests of Malaysia and Singapore to see if he could catch a pair mating.

After the male attached his long, curvy genitalia to the female’s ‘gonopore’, they remained conjoined for 5 HOURS. When they eventually detached from each other, the male lived for only 3 more hours before spontaneously dropping dead, its purpose in life fulfilled.

The female laid a sticky mass of around 200 eggs nearby, and then she dropped dead too, her purpose in life also fulfilled. Unfortunately, Wong reported that none of their eggs bore any young, because they hadn’t been fertilised properly.

If you’re looking for more triobite beetle glory, check out this bright purple one, filmed in Laos. Not enough is known about the trilobite beetle genus to say for sure why this particular individual is purple, but it might have just shed its outer layer, and was caught in the brief moment before developing a new exoskeleton, like this incredible purple centipede.