This charismatic rat discovered in Peru is the only member of its genus. 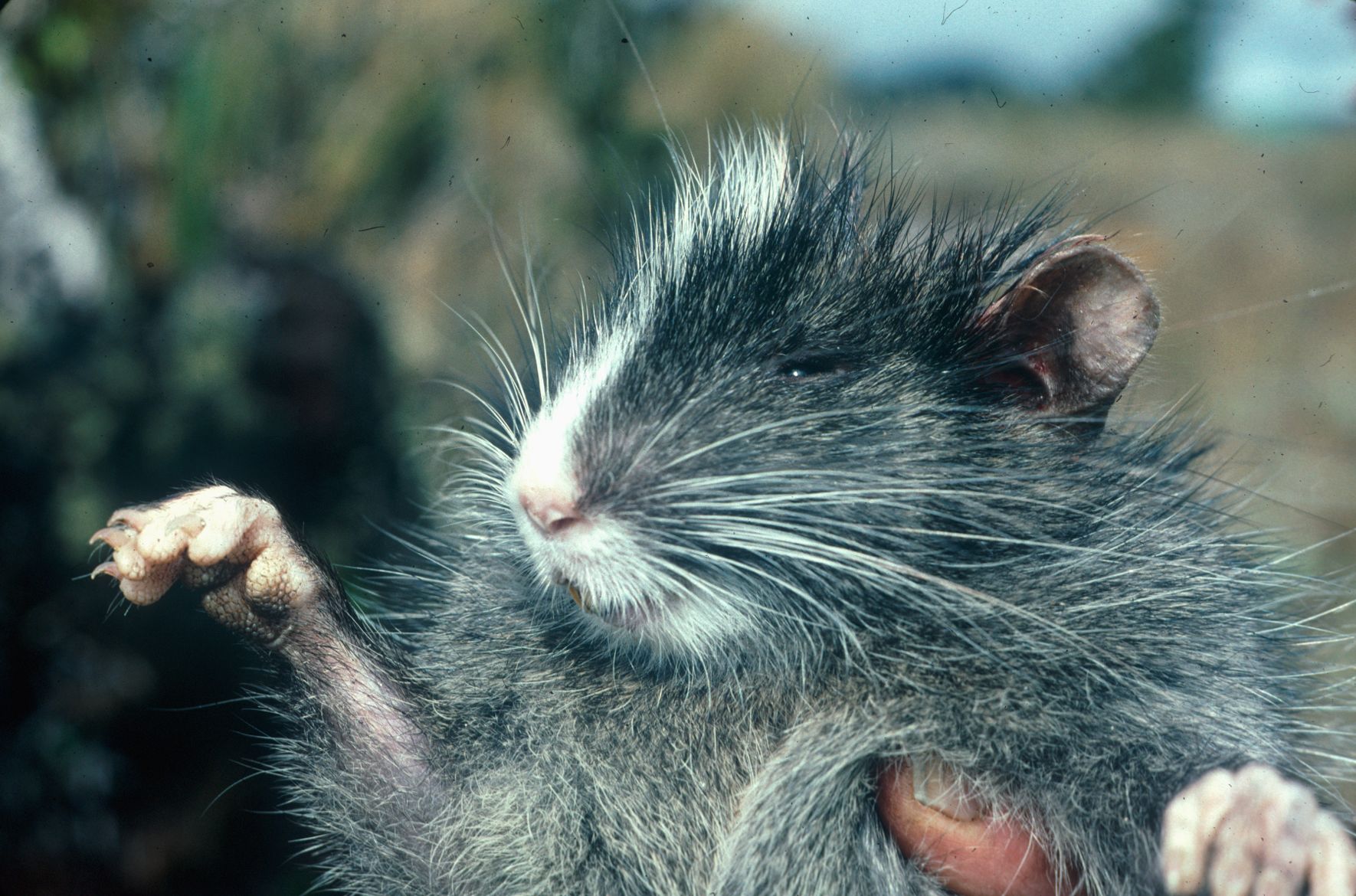 DISCOVERED IN 1997 during a research expedition through the Vilcabamba mountain range in south-central Peru, the Asháninka arboreal chinchilla rat (Cuscomys ashaninka) made an instant impression with its handsome, fluffy face.

One of nine known species in the family Abrocomidae, but the only member of its genus, this charismatic South American rodent is relatively large and stocky, growing up to 30cm in length, with a rat-like tail that stretches an extra 20cm.

Equipped with large claws essential for its tunnel-dwelling lifestyle, it also has a coat of soft grey fur with a distinctive white stripe running along its head. As the species is known from just one specimen, it’s hard to know much about how it lives, but it is likely a very social animal.

The species was found by a team from Conservation International’s Rapid Assessment Program and the Smithsonian’s Monitoring and Assessment of Biodiversity Program, led by Dr Louise Emmons from the National Museum of Natural History in Washington, USA.

Because it was discovered so close to the ruins of Machu Picchu, the team suspects that the species is closely related to the Machu Picchu arboreal chinchilla rats (Cuscomys ablatives) that were buried in tombs alongside the Incan people. It’s hard to know why the Machu Picchu arboreal chinchilla rats had the dubious honour of ‘tomb mate’ bestowed upon them: it could be that they were considered a good meal for the afterlife, or perhaps they were just beloved pets, destined to have their luxurious fur coats petted for eternity.

While officially classified as extinct, there’s a good chance that the Machu Picchu arboreal chinchilla rats are still hiding out in the cloud forests of Peru.