Mass extinction: the kiss of death

99% of species that have ever lived are extinct. It’s a miracle the ancestors of our species made it through the ‘Big Five’ mass extinctions alive. 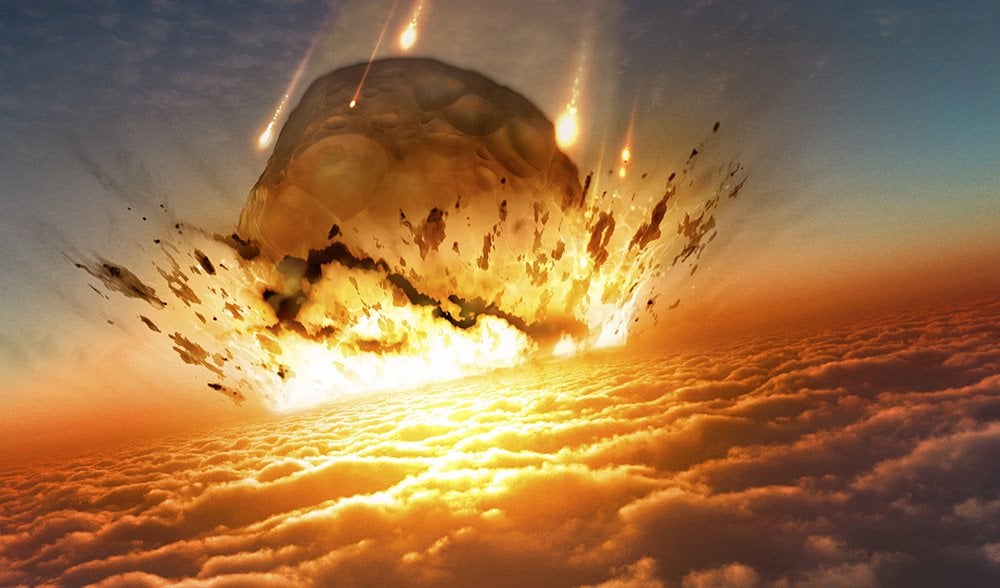 IN RECENT MONTHS there has been much talk of the ‘sixth’ extinction crisis ushered in by the Anthropocene, or the age of man – the new geological era, which is deemed to have started when the industrial revolution began belching pollution into the atmosphere.

This fascination is due, in part, to the release of a book on the topic, The Sixth Extinction: An Unnatural History by Elizabeth Kolbert, and a June 2015 study, which suggested that rate of vertebrate extinction over the past century is 100 times greater than ‘background’ levels.

Some estimates suggest that the changes we’ve wrought as our influence has spread to every nook and cranny of the planet could send one-third of corals, one-third of sharks and rays, one-fifth of reptiles and one-quarter of mammals extinct by the end of the century. This sounds catastrophic, but how do these figures compare with other mass extinctions?

Studies of the fossil record show that each of the ‘Big Five’ that has occurred over the past half-a-billion years or so has sent more than three-quarters of all species to their deaths. Of course, species go extinct all the time anyway, at what is known as the ‘background rate’, and there are frequent larger pulses of extinction too.

A 2011 study from the University of California, Berkeley, crunched the numbers on extinction rates in the fossil record and concluded that we could be on the brink of a sixth mass extinction, but that it’s not too late to take action to stop it from happening.

Of the former five, the most famous is the so called K–T (Cretaceous/Tertiary) extinction event, 66 million years ago; this finished off most of the dinosaurs, as well as the coiled, squid-like ammonites, the flying pterosaurs and the large marine reptiles.

About 70–80 per cent of all species were lost at this time and the ultimate cause is likely to have been a 10km-wide comet or asteroid that plunged into the planet.

However, earlier, less well-known extinctions were much more spectacular in scale.

For example, the Permian mass extinction, 252 million years ago (mya), is estimated to have killed up to 97 per cent of all species, and has been labelled ‘The Great Dying’.

Groups vanquished at that time include the last of the armoured trilobites, and the eurypterids, or sea scorpions – these included the largest arthropods ever to have lived, some reaching the length of a crocodile.

The other three mass extinctions were at the end of the Ordovician (444 mya), the Devonian (375 mya) and the Triassic (201 mya) periods.

Whatever events befell the planet at the end-Devonian extinction were so far reaching that reef ecosystems didn’t recover for 100 million years afterwards. Putative causes for these cataclysms vary from climate change and changing sea levels to massive volcanism and extra-terrestrial impacts.

Some of the more fantastical theories suggest there’s a periodicity to pulses of extinction, possibly caused by our movement through space. One idea (which sounds like science fiction) is that the Sun has an undetected companion star, a brown dwarf dubbed Nemesis, which swings by every 26 million years, flinging comets from distant reaches of the Solar System towards us.

Another exotic theory is that, as the Milky Way rotates around its central black hole, the Solar System periodically moves above or below the plane of the galaxy’s main disc. This increases the chance that Earth is slammed with comets or cosmic radiation that have a sterilising effect on life.

A study published in the journal Physical Review Letters in 2014 argued that there is a thin layer of mysterious ‘dark matter’ running all the way through the centre of the Milky Way’s disc. Dark matter is little understood and is invisible, but it exerts a gravitational pull, which the authors say is enough to disturb orbiting comets, causing storms of them to pelt Earth every 35 million years or so.

The truth is that nobody has proven there are any regular cycles to cometary bombardments or extinction events.

Unlike today’s ‘sixth extinction’ – where it’s clear that human-caused climate change, habitat destruction and pollution are among the culprits – all of these mass extinctions were in the distant past, leaving scientist to pick through scant fossil clues and speculate as to the causes.