John Pickrell is the editor of Australian Geographic. He is a science writer, author, nature lover and self-confessed geek. Blog posts range over Southern Hemisphere palaeontology, dinosaurs, megafauna, archaeology, palaeoanthropology and a smattering of other topics.
ByJohn Pickrell• March 27, 2014 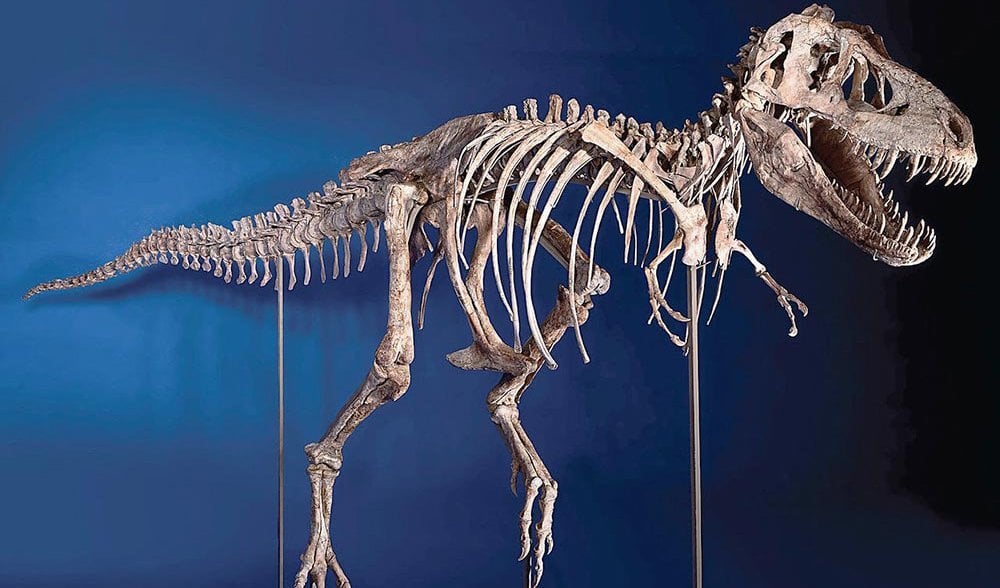 THE GOBI DESERT is a vast and remote area covering nearly 1,300sq.km of Mongolia and the Chinese province of Inner Mongolia. It stretches from Siberian wilderness in the north to the Tibetan Plateau in the South. Starkly beautiful and mysterious, it has become one of the world’s most important locations for new dinosaur fossils. Find more details of how you can come on an incredible adventure to have a role in this new wave of discovery below!

In recent years, many feathered species of dinosaur have been discovered In Mongolia and have helped firm up the evolutionary link between dinosaurs and birds. These include Gigantoraptor (the name almost sounds like a joke, but it’s not), a massive, parrot-beaked oviraptorosaur, which was 8m long and 4m tall. Found in the Gobi in 2008, it is one of the largest feathered animals ever likely to have lived.

Much smaller was pigeon-sized Epidexipteryx, found in 2005 in Inner Mongolia. Similar to Gigantoraptor, its feathers were not used for flight: it had a downy covering of fuzz for insulation and four long, ribbon-like feathers that emerged from its tail, and may have been used for display. Epidexipteryx’s strangest feature was its incredibly long fingers – its middle finger was half the length of its entire body. It may have used them to skewer grubs in treeholes, as the aye-aye of Madagascar does today. The Gobi Desert is the source of some much earlier dinosaur fossils – and also the earliest evidence of dinosaur eggs and nesting. During the 1920s, Roy Chapman Andrews of the American Museum of Natural History led four pioneering expeditions into the Gobi, the first of which was one of the largest scientific expeditions ever to leave the United States. These must have been quite a sight, with great trains of camels and early motor cars slowly snaking across the landscape. In this windswept and unforgiving region of Asia they found a great cache of dinosaur bones, with the remains of up to 200 individual animals and the first specimens of Velociraptor and Protoceratops, an early relative of Triceratops.

On 13 July 1923, at a site they’d named Flaming Cliffs, they found a fossil nest of 13 large eggs arranged in a circle. Although dinosaur eggshell had been discovered in France in 1859, it was misidentified, so the discovery was the first widely known evidence of dinosaur eggs.

Not only had the expedition found dinosaurs associated with eggs, but they had also found largely complete specimens of emu-sized dinosaur right on top of the nests themselves. It was initially thought it had been stealing the eggs, and it was named Oviraptor – ‘egg thief’ or ‘egg seizer’. It wasn’t until a more recent expedition into the Gobi in 1993 found more oviraptors fanned out across nests, that is was realised they were brooding their own clutches – and perhaps fanning feathered forearms out across them to shade them from sun.

Mongolia really is a fascinating destination when it comes to dinosaur fossils, and if you’re keen to see some of the science and the history for yourself, I encourage you to come on a fossil dig with me in April 2015! I am hosting a week-long dig in the Gobi Desert for Australian Geographic readers run with the help of Odyssey Travel.

The trip will run for 16-days including a tour of some of the most significant historical sights in ancient capital Ulaanbaatar. Eight days of it will be spent in the Gobi’s Nemegt Basin prospecting for and excavating fossils. The program will be under the leadership of scientists from the Mongolian Academy of Sciences.

The first six readers who book will get a 5 per cent discount off the booking price! Find details of how to book on the Odyssey Travel site. Find a detailed itinerary here (PDF).

John Pickrell is the author of Flying Dinosaurs: How fearsome reptiles became birds. Follow him on Twitter @john_pickrell.