The Kimberley region in Western Australia offers a once-in-a-lifetime wilderness experience like no other.
By Australian Geographic with APT • July 19, 2019 • Reading Time: 5 Minutes • Print this page 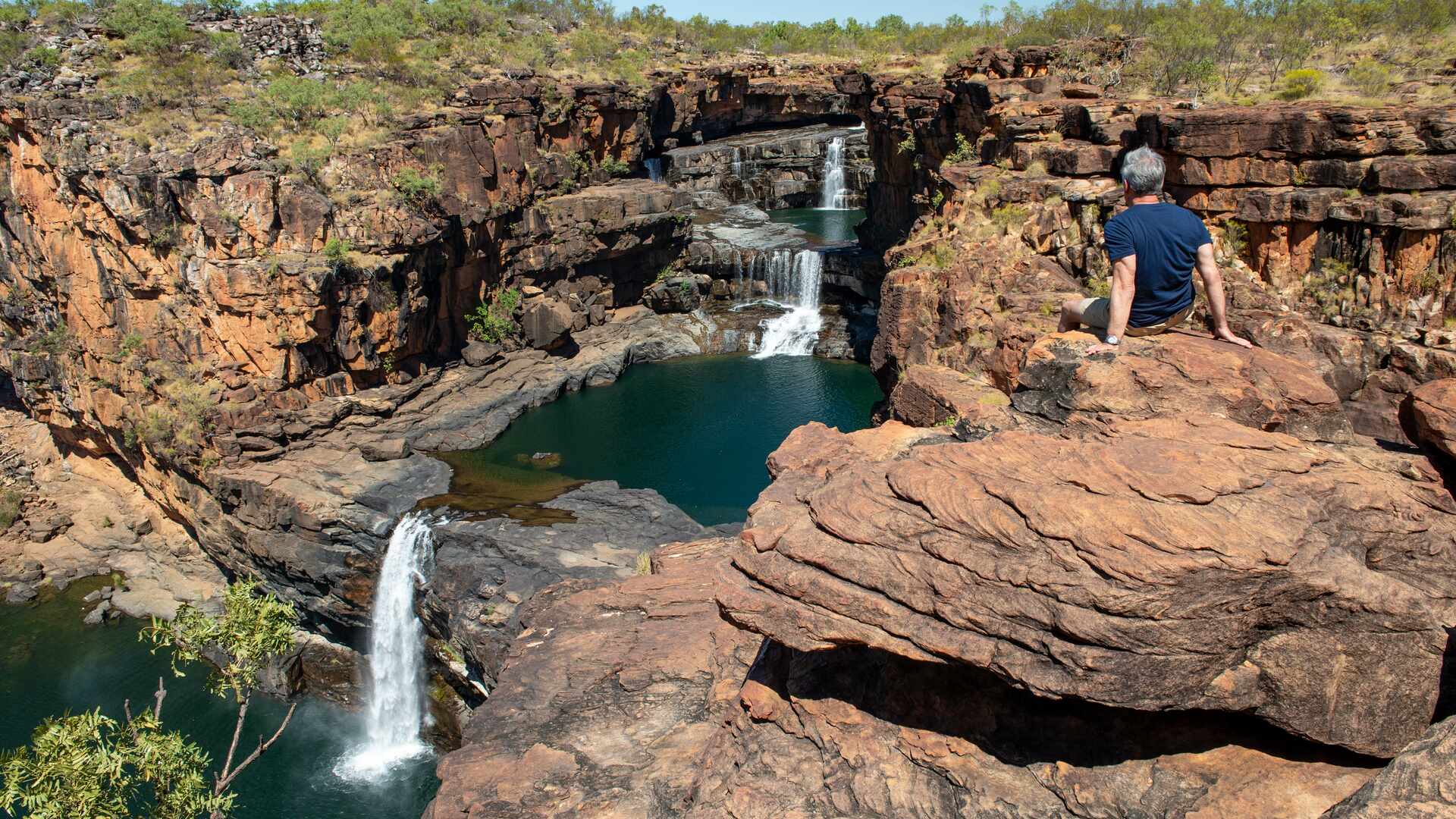 1. Forget Roman ruins – human history at its most ancient

Exploring the Roman ruins across Europe is fascinating – but they were built yesterday compared to the rock art found in Australia, some of the oldest of which is painted on rock walls in the Kimberley region. While the Colosseum in Rome was built less than 2000 years ago, rock art in the  Kimberley has been dated at least 16,000 years old – that means they were painted during the last Ice Age, and around the same time Caucasian hunter-gatherers first expanded into Europe.

2. Jurassic Park in our backyard

Speaking of ancient history – while amazing rock art provides a glimpse of humanity’s past, there is nowhere else on Earth where you can see such clear dinosaur tracks as in Australia’s Kimberley region. The beaches of Broome and the Dampier Peninsula, called the Kimberley’s ‘Dinosaur Coast’, are home to incredibly clear and well-preserved 130 million-year-old dinosaur footprints. The area was heritage listed in 2011.

3. Wide open spaces is an understatement

There are few – if any – places on Earth where you can experience the same expansiveness and sense of remote isolation as the Kimberley. At an area of about 422,000 sq. km, it is roughly three times the size of England, but with a population of only 35,000 – to put that into perspective, that’s just over one-third of the capacity of London’s Wembley Stadium, which has 90,000 seats. That’s a lot of room to move. The Kimberley may be sparsely populated, but it’s crowded with breathtaking wilderness experiences. Purnululu National Park, home of the Bungle Bungle Range, is UNESCO World Heritage-listed for its geological significance, while one of the most photographed natural icons in the region is Mitchell Falls – these towering, four-tiered waterfalls are among the most spectacular in Australia, and, no doubt, the world. Nature buffs will also be fascinated to experience the Horizontal Falls of Talbot Bay, caused by the Kimberley’s enormous 11m tides, the largest tidal range in Australia and among the biggest in the world.

Sir David Attenborough once described Horizontal Falls as “one of the greatest wonders of the natural world”. (Image: APT)

If you thought you were going to be lonely with all that space and pristine wilderness, don’t worry – there are over 300 species of birds in the Kimberley region. Nothing quite compares to witnessing the elaborate courtship dance of brolgas at sunset, although seeing (and hearing) an enormous flock of magpie geese passing overhead at sunrise is equally awe inspiring. Look out for the delightfully colourful Gouldian finch, and don’t miss a chance to witness the thousands of seabirds and shorebirds that breed on Adele Island off the Kimberley coast, which has been called ‘the Galapagos of the Kimberley’.

There are over 300 bird species in the Kimberley region. (Image: APT)

Flocks of seabirds and shorebirds off the Kimberley coast. (Image: APT)

Unhindered views of the night sky are becoming increasingly endangered – 60 per cent of Europeans and almost 80 per cent of North Americans can no longer see the Milky Way. Not so in Australia’s Kimberley region: all that open space and untouched wilderness means minimal light pollution disrupting some of the most spectacular starry night skies you will ever experience. The Milky Way over the Bungle Bungles. (Image: APT)

7. Off-road adventure at its most exhilarating

When we mentioned the Kimberley was three-times the size of England, there was one fact we forgot to add – the region only has one sealed road. That means 4WD vehicles come into their own here. The Gibb River Road slicing through the Kimberley wilderness, for example, is one of Australia’s most iconic 4WD tracks, passing through sprawling cattle stations and ancient gorge country where you can find stunning waterholes to take a plunge, cool off and wash away the red dust. 8. Climb a staircase to the Moon

Another natural phenomenon unique to the Kimberley occurs just a couple of times per month from March to October when the reflection of the full Moon rising over the exposed tidal flats of Roebuck Bay near the Kimberley town of Broome creates a spectacular lightshow. If you’ve arrived outside of the dates necessary to catch this unique sight, then sunset over the Indian Ocean viewed from the Kimberley coast – where striking red rocks contrast with aquamarine water – certainly won’t disappoint. 9. Connect with culture and country

The Traditional Owners of Australia’s Kimberley region, today represented by the Kimberley Land Council, have a connection to this land that dates back more than 50,000 years. Australia is home to the oldest, continuous cultures in the world, and experiencing an Indigenous cultural tour in the Kimberley will offer an unmatched ability to connect, even briefly, to this special place in a truly unique and insightful way.

The logistics of experiencing this sprawling, pristine ancient wilderness alone can be challenging; but package tours are available to take care of the details while you make unforgettable memories in one of the most awesome places on Earth.

APT has over 40 years’ experience in the Kimberley region and offers both small ship expedition cruises and 4WD tours. Their fleet of custom-built Mercedes Benz 4WD vehicles and boutique expedition ships (which carry no more than 110 guests) allow you to navigate the Kimberley’s remote landscapes in the most effortless way possible. They even operate their own network of wilderness lodges which offer a touch of luxury in the wilderness, and are the only Advanced Eco-certified tour operator in the region.

Click here to discover the Kimberley in 2020 with APT.

On selected departures in 2020, Jo Runciman and Todd Tai from the Australian Geographic Society will be hosting APT’s Grand Kimberley Coast cruise. Enquire for more details.

This article was written by Australian Geographic with the support of APT.