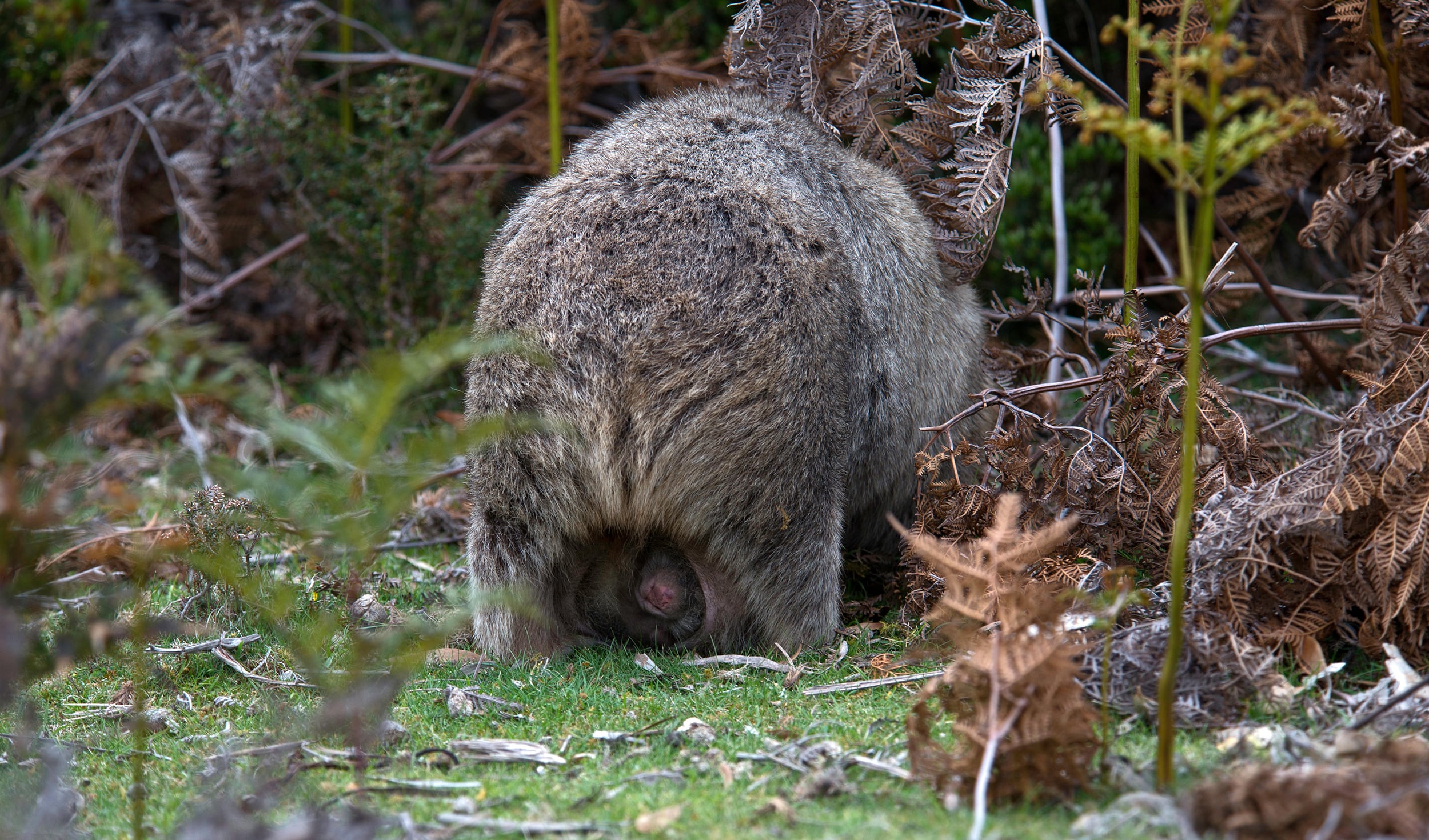 A wombat's backside is made up of four fused plates surrounded by cartilage, fat, skin and fur. Image credit: Colin Munro / Alamy Stock Photo
Reading Time: 2 Minutes • Print this page
Not simply designed for sitting, a wombat’s bum is its best defence against attack.