The FrogID app has helped keep track of rare and threatened species of frog following this year’s devastating bushfires.
By Jodi Rowley and Will Cornwell • September 28, 2020 • Reading Time: 4 Minutes 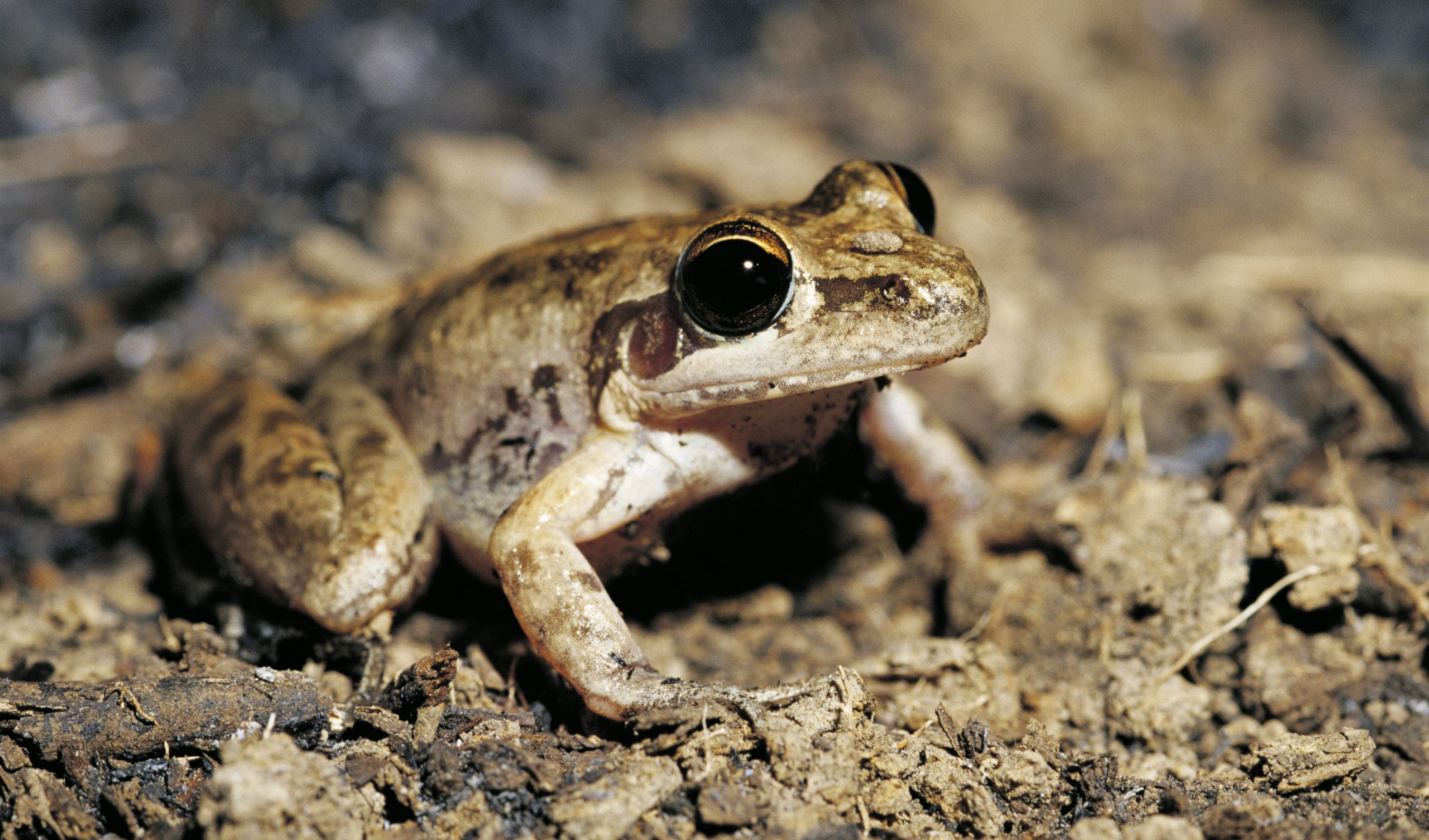 FROGS ARE ONE of the most threatened groups of animals on Earth. At least four of Australia’s 240 known frog species are extinct and 36 are nationally threatened. After last summer’s bushfires, we needed rapid information to determine which frogs required our help.

This was a challenging task. The fire zone ranged from southern Queensland through New South Wales and Victoria, to Kangaroo Island off South Australia. The area was too large for scientists alone to survey, especially with COVID-19 travel restrictions.

But all was not lost. Thousands of everyday citizens across the fire zone, armed with their mobile phones, began monitoring their local frogs through an app called FrogID. In research published today, we reveal how 45 frog species, some rare and threatened, were recorded calling after the fires. This has allowed us to collate a snapshot of where frog species are surviving – at least for now.

Good news for a change

In late 2019 and early 2020, more than 17 million hectares of forest burned in Australia. By size, it was the largest fire season in southeastern Australia since European occupation.

Scientists knew the damage to many plant and animal species was likely to be dramatic, particularly for species already in trouble. Many of Australia’s frog species are already vulnerable, due to pressures such as disease and habitat loss. There was a very real risk the fires had pushed many frog species closer to extinction. However, information on how frogs respond to fires has historically been limited.

FrogID is a free app downloaded to smart phones. Led by the Australian Museum, the project allows anyone to record a frog call and upload it. The FrogID team then identifies the species by its call, to create a national frog database.

Related: The future of Australian frogs

Since the app launched in November 2017, more than 13,000 citizen scientists have recorded the calls of about 220,000 frogs across Australia. Before last summer’s fires, app users had submitted 2,655 recordings of 66 frog species in what would later become fire zones. This gave us a remarkable understanding of the frogs present before the fires.

Within four months of the fires, app users submitted 632 recordings. These confirmed the existence of 45 of the 66 frog species known to live in the fire zones. Hearteningly, all 33 summer-breeding frog species recorded before the fires were also detected afterwards. In other words, there were no obviously “missing” frog species.

However, rare and threatened species were also recorded in fire-damaged areas. These included:

There was no clear trend in the ecological group or lifestyle of species that were detected post-fire. Burrowing frogs, tree frogs and ground-dwelling frogs were all detected, as were stream, pond, and land-breeding species.

The FrogID records are good news. They show some species have survived in the short term, and male frogs are calling to attract female frogs to mate with.

But there is still much we don’t know about the fate of these frogs. For example, many frogs species in southeastern Australia don’t call in the cooler months, so we don’t yet have a clear picture of how these species have fared over winter.

The frogs’ longer-term prospects also remain uncertain. Fire damage varies dramatically from place to place, and the survival of a frog species in one burnt area does not guarantee its survival in another. We remain worried about species with small geographic ranges, especially rainforest species more sensitive to fire.

We urgently need more information on how last summer’s fires affected Australia’s frogs. This is particularly important given the more frequent and severe fires predicted under climate change, combined with all the other threats frogs face.

Traditional biodiversity surveys by professionals will be needed. This is especially true for frog species of high conservation concern at remote or inaccessible sites, for which the FrogID app has little or no data.

But continued data collection by citizen scientists, through projects such as FrogID, will remain powerful tools. They allow information to be gathered quickly and at scale. This raises the chances that species suffering most after a catastrophic event might get the help they need.

See more
Scientists have discovered a coral reef in the Great Barrier Reef and boy, is it huge
Big Weather, big chase
No one skips leg day quite like the red-naped trogon
Scientists have found water on the Moon
Does Australia really have the deadliest snakes? Six common myths debunked
Everyone back up, this dartfish looks mad as heck
Shark bite fatalities have tripled. Should we be worried?
The ultimate Aussie duel: cockatoo vs lorikeet
Face masks floated all the way to Lord Howe Island, making for devastating images
One of Australia’s rarest plants is back from the brink
Treeshrews love spicy food and can’t get drunk
A cunning rakali swipes a feed from an unsuspecting fisherman
What killed off Southeast Asia’s giant hyenas and other megafauna?
Annual backyard bird count more important than ever
Don’t be fooled by the black-shouldered kite’s smouldering good looks