The extinction crisis: Australians call for a radical re-haul of environmental laws 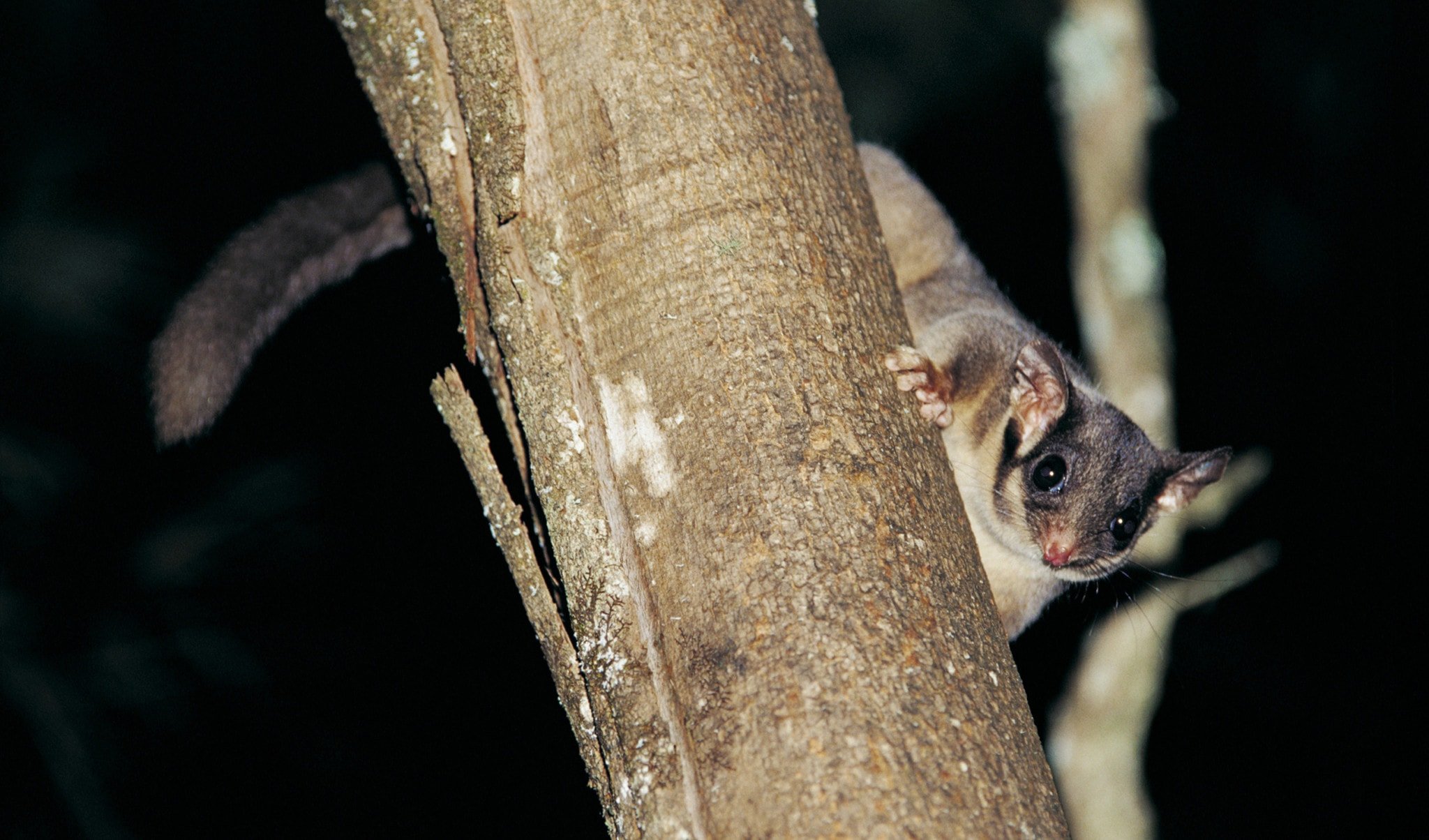 RECOUNTING A LIST of Australian animals on the brink of extinction comes all too easily to Euan Ritchie, an Associate Professor in Wildlife Ecology and Conservation at Deakin University.

“Obvious examples include the orange-bellied parrot, which only has a few individuals left in the wild,” he says, referring to the multi-coloured grass parrot with a total population of less than 50 that migrates between Tasmania and mainland Australia.

“The Leadbeater’s possum was thought extinct in the 1950s, rediscovered in the 1960s, but now appears to be on its way to extinction because of habitat loss. The northern and southern corrobboree frog are very close as well. Even things that were once really common, like the greater glider, are now a threatened species. In northern Australia the black-footed tree rat and palm cockatoos are threatened. In Melbourne, the Eltham copper butterfly. Species of rock wallaby. There’s a huge list and we keep adding more, year on year.”

Australia is in the midst of an extinction crisis, and according to Euan, we’ve got the worst conservation record of any developed country.

“We have the ability to spend money on conservation. We’re relatively politically stable as well, compared to many other countries in the world. And yet despite those two things going in our favour, we’ve had massive losses of biodiversity in the last couple of hundred years since European arrival.

Australia has lost more mammals to extinction than any other country. In the last decade, on our watch, the Christmas Island pipistrelle (a type of bat) and Bramble Cay melomys have all been lost to the world. The melomys, a rodent which inhabited low-elevation islands along the Great Barrier Reef, received global attention because they were the first mammals to become extinct as a direct result of climate change. Their habitat was flooded due to rising sea levels. The wild population of orange-bellied parrot is functionally extinct and its future is entirely dependent on increasing the number of pairs through the release of captive-bred birds. (Image credit: Peter McNeill/AG)

Alongside 17 bird and mammal species likely to be gone in the next two decades, nearly 500 species of animal are currently listed as threatened in Australia.

“One of the reasons that we have this remarkable fauna is that we’ve been isolated for so long,” says Euan. “Many of our species have evolved in isolation from the rest of the world, and that’s why we have the wonderful animals that we do. But that also means that we’re more susceptible to when introduced species come in.”

“We’ve modified the landscape quite dramatically. By opening up areas for grazing and burning many areas in a different way to what Indigenous people have been doing for thousands of years. We’ve made habitats more open and less complex, which makes better hunting for cats and foxes, and at the same time gotten rid of dingoes. Those things have really compounded the impact on native mammals.”

Red foxes and domestic and feral cats are responsible for millions of native animal deaths per day, and introduced predatory centipedes are a major factor in the loss of biodiversity on Christmas Island.

The impact of introduced predators will be one of the issues scrutinised by a Senate Inquiry into Australia’s faunal crisis, which is accepting submissions from the public until Monday 10 September. The Inquiry was spurred by a crowdfunded Guardian investigation into the potential misdirection of funds meant for threatened species protection.

“There are a number of changes we really need to see come out of this Inquiry,” says Euan. “Setting targets around the number of species to be conserved, committing to preventing any more avoidable extinctions of species. Adequately funding conservation, of course, is a really big one. At the moment we spend less that one per cent of our GDP on conservation. But at least two per cent or more should be contributed to biodiversity and conservation. As a wealthy nation we can afford to do that.”

Submissions to the Inquiry have come from a range of groups, including conservation societies, farmers, and the Department of Defence, concerned that the Environment Protection and Biodiversity Conservation Act 1999 (EPBC Act) is ineffective.

The National Parks Association, in their submission, describe the Act as a “powerless, toothless law”.

Other groups have called for a re-haul of laws surrounding Regional Forest Agreements (RFAs) so logging activities aren’t given special priority over protected areas, the implementation of more ‘nature corridors’, and a far more stringent approach to reducing the effects of climate change. The situation is so dire that the Fauna Research Alliance has suggested the setup of a ‘biobank’ that could store the genomes of threatened native animals in the same way seedbanks conserve plant species.

Joining the throng of voices in condemning the current EPBC Act is Macquarie University’s Centre of Environmental Law.

“Australia’s current environmental laws do not adequately protect threatened species or their habitat,” says Zara Bending from the Centre. “Since the EPBC Act entered into force, only 21 projects out of more than 6,100 have been stopped due to unacceptable impacts on matters of national environmental significance and threatened species. This is primarily due to the high levels of discretion afforded to decision makers.”

Euan has written about a recent instance in which environmental protection laws failed to aid threatened native species. In WA, a caveat in biodiversity conservation laws allowed the government to make the decision that, from January 2019, the dingo would no longer be considered as native fauna given its ability to breed with domestic dogs.

This could lead to dingoes becoming more at risk of decline, which would be bad news not only for the iconic canine, but a multitude of other native species, because dingoes control feral cat and fox species that hunt small native mammals.

“The important thing to remember with the dingo is that it is the sole terrestrial large top predator that we have,” he says. “It has a really important ecological role in terms of controlling kangaroo numbers, but also cats and foxes in certain cases as well, and that can benefit native biodiversity. If we get rid of the dingo, we potentially see negative effects on other species. We really should be prioritising its conservation where we can.”

Euan also lists the Western Australia shark cull, which allowed the trapping of tiger sharks and great white sharks – both protected species – and rampant land clearing of 400,000 ha of bushland, including old-growth forest, in Queensland as further examples of how the law has failed to conserve threatened animals. One of the last populations of pure dingoes exist on Fraser island. (Image credit: Andrew Gregory/AG)

Are we in need of an ‘independent umpire’?

Conservationists and campaigners hope the Senate Inquiry will lead to a significant overhaul of environmental protection laws aimed at reducing land clearing and encouraging accountability for the loss of native species.

“Our responsibilities under the United Nations Convention on Biological Diversity include to protect threatened species, halve deforestation rates, and stop extinction by 2020. Australia is currently failing on these fundamental tasks.”

Both Zara and Euan have called for the establishment of an independent authority in the hopes that voices both outside and in government can push for protection of threatened species and ecosystems.

“We have the Threatened Species Commissioner, but they’re not independent of government,” says Euan. “They don’t have the ability to criticise the government when they see policy that might potentially have a negative effect on the environment. We need an independent umpire that can really oversee what’s happening with environmental protection in Australia.”

On Threatened Species Day, Zara implores Australians to look back on perhaps our most infamous extinct mammal that was lost over 80 years ago.

“I would encourage people to reflect on those last grainy black and white images of the Thylacine, a species that still stands on Tasmania’s coat of arms but died out overnight on 7 September 1936 in Hobart Zoo. Human action and apathy will continue to drive our species to extinction, so please take some time out to learn more about your local environment and lobby your MPs to keep the issue alive.”