Home Topics Wildlife Fake or real? This photo of the thylacine has caused a lot of controversy

Fake or real? This photo of the thylacine has caused a lot of controversy 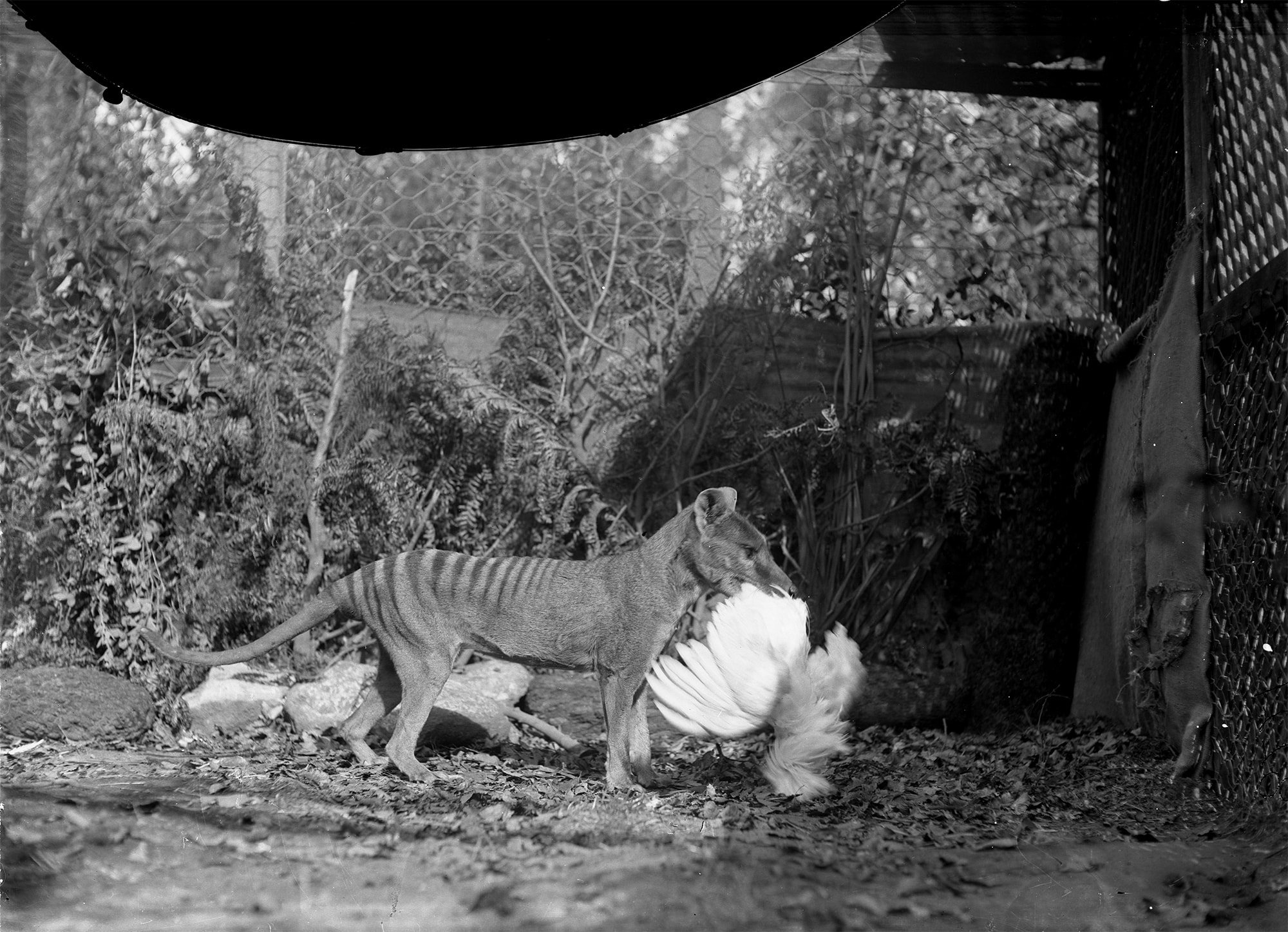 The photo in question. Image credit: Harry Burrell
Reading Time: 3 Minutes • Print this page
Since it was first captured back in the 1920s, this image of the thylacine has stirred debate over its authenticity and its impact on the now extinct Aussie animal.

BACK IN 1921, esteemed Australian amateur naturalist Harry Burrell captured a photo of the Tasmanian tiger (Thylacinus cynocephalus) holding a chicken in its mouth for The Australian Museum Magazine.

Historians and scientists throughout the years have argued that the photo bolstered the idea that thylacines were a threat to the livestock of Australian farmers — a myth that persisted well after the bounty on their heads was removed after 21 years in 1909.

The debate surrounding the authenticity of the image has continued to rage on. Especially after a newly discovered note left behind by one of Burrell’s former associates claimed that the thylacine in the photograph is not a live animal, but a mounted specimen placed against a “bush background.”

It wasn’t until 2005, that Carol Freeman, an Adjunct Researcher at the University of Tasmania, used digital imaging programs to determine whether or not the image was authentic.

For her, the image itself, which she says, is one of the last negative representations of the thylacine in zoological work, points to the “deceptive potential” of photography and its impact on wildlife.

Carol tells Australian Geographic that Harry may have had a motivation for submitting a false image to the Australian Museum for publication.

“It’s very difficult to get inside the mind of Harry and surmise what his intentions were. I’ve suggested that he may have had a good reason for trying to trick the Australian Museum. He was an amateur naturalist and amateurs weren’t always treated with respect,” she says.

“While conducting my research I found a number of documents, including some of his complaints about not receiving funding for some of the work he was doing or intended to do. It must have been very frustrating.”

Carol also says that Harry was well-known for making jokes and being relatively extroverted.

“He was a comedian; everyone said he was a larger than life character who was clever at building dioramas and making suggestions about them and the representation of animals. That to me was circumstantial evidence.”

However, if it was a prank, she says she doubts that he meant to cause the thylacine any harm.

“We’re immersed in our own little worlds and what interests us and how we see things, not the bigger picture of what might happen. I think Tasmanian farmers and even naturalists bore much more ill intent with the thylacine than Harry Burrell.”

The case of Norman Laird

Carol first began doubting the authenticity of the photo when she came across a reproduction of the image alongside a small note left by Norman Laird, an associate of Harry Burrell at the Institute of Anatomy in Canberra in the 1930s, whose archives she had been studying.

The note left by Laird said that the specimen was in fact a taxidermy set up in a “bush background.” Carol, intrigued by the case made by Norman, decided to request access to the original glass-packed negatives held by the Australian Museum.

“I could see that the image had actually been cropped to make it look like the thylacine was in the wild based on the original file.

“When I looked at it even closer with digital imaging I could also see that the bush was cut branches that were placed against hessian. The whole thing seems completely staged.

“I believed that Norman Laird was right and so I formed a very detailed analysis supporting the argument that he was right.”

Unfortunately though, many have argued that the damage has already been done.

“Robert Paddle, Australia’s leading expert on the thylacine, is of the belief that the image was responsible for a blossoming of the idea that the thylacine was a sheep and pultry predator, which had wide ranging implications for the animal.”