A guide to knowing your dugongs from your manatees

We love our mermaids of the sea, but do you know the difference between a manatee and dugong?
By AG STAFF • August 9, 2017 • Reading Time: < 1 • Print this page 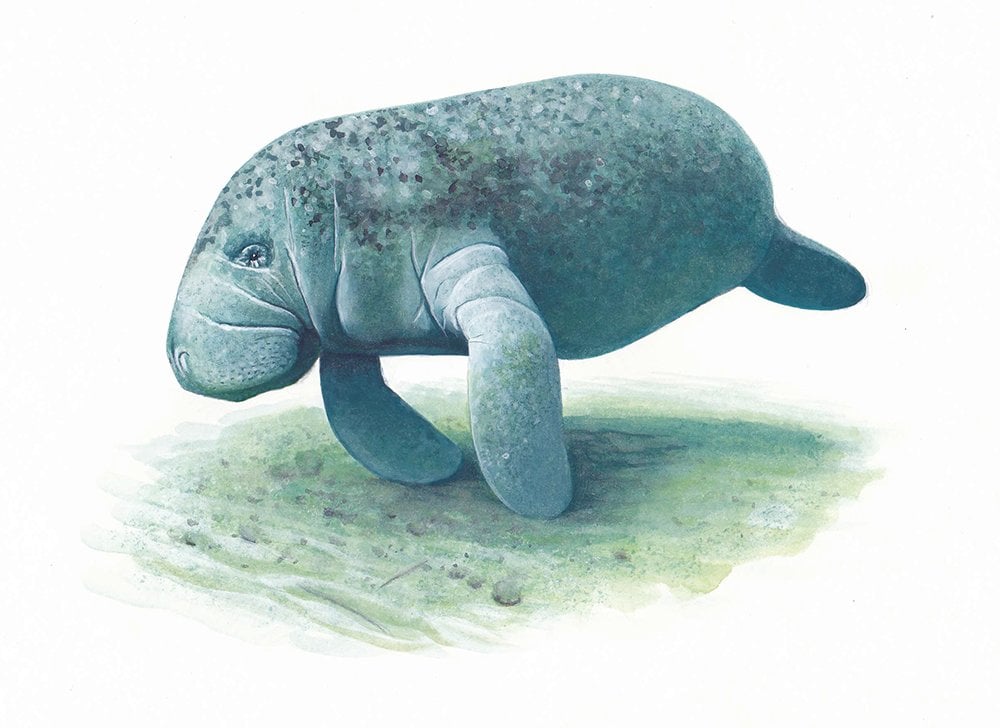 THE DUGONG IS the only surviving species in the family Dugongidae. There was one other modern member — Steller’s sea cow; a huge, slow-swimming northern Pacific mammal that ate seaweed and may have reached weights of up to 10 tonnes.

Sadly, the species is now best known as a cautionary conservation tale: it was discovered and hunted to extinction in three decades during the 18th century.

Related: Help us save our dugongs

Dugongs belong to the order Sirenia (the sirens), the name being a nod to mermaid mythology. The other living members are three species of manatee, all found in coastal areas and rivers of the Caribbean Sea and Gulf of Mexico, the Amazon Basin and West Africa. There are similarities between the two groups, particularly their size, appearance and histories. But, in the evolutionary sense, they’ve been separated for a long time and there are significant differences.

Sirenians have a similar shape to whales, dolphins or seals, but are not closely related. They have a clearer evolutionary connection to elephants and small rodent-like animals called hyraxes, found in Africa and the Middle East.