Can a species last 100 million years?

Tim Low explores the significance and relevance of ‘living fossils’ such as the Australian lungfish.
By Tim Low • June 14, 2016 • Reading Time: 2 Minutes • Print this page 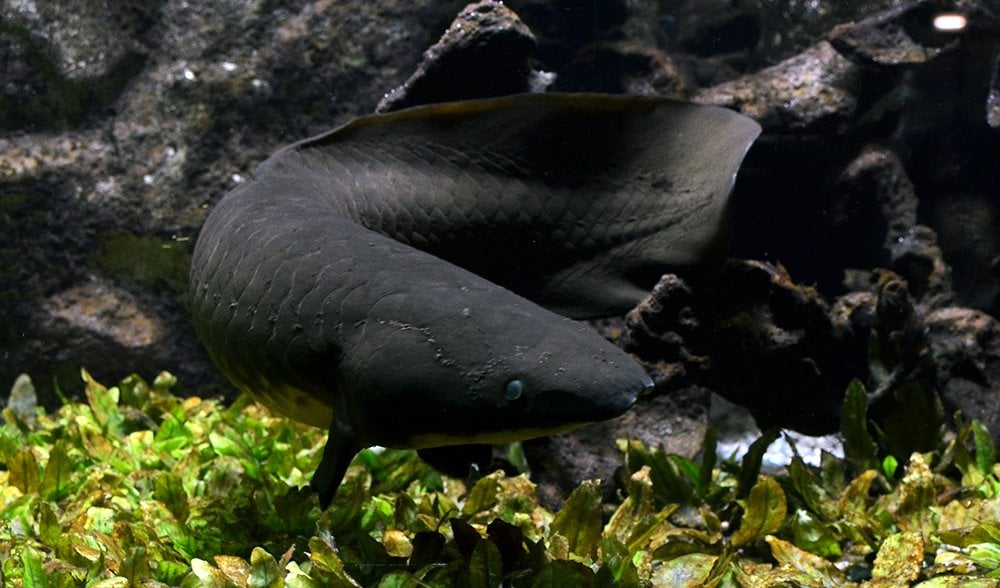 The Queensland lungfish (Neoceratodus forsteri) is often purported to be a surviving link in the evolutionary chain between fishes and amphibians. It has fully functioning lungs as well as gills. Image credit: Vassil / Wikimedia

FOSSILS HAVE BEEN found in New South Wales that perfectly match the living Queensland lungfish, despite dating all the way back to the early Cretaceous, long before the last dinosaurs went extinct. The scientists who studied them concluded that the living lungfish species goes back that far.

Black wattle (Callicoma serratifolia), a small tree in eastern Australia, is another plant with identified fossils going back 30 million years. Some of Tasmania’s conifers are also represented by credible fossils from tens of millions of years ago. Remarkable though these examples are, we can’t be sure what they mean. The lungfish remains, found at Lightning Ridge, consist only of toothplates, so we don’t know what the whole animal looked like. Fossils of lungfish jaws and toothplates vary enough to have been separated into nine Australian species in three genera, so a close match with the living species implies a close relationship. I don’t accept that the Cretaceous fish counts as the species we have today, but it may have been its direct ancestor.

Some of the leaf fossils mentioned here are beautifully preserved, with minute details revealed by scanning electron microscopy. They may well indicate plant species lasting 30 million years, though once again the fossils are incomplete, mainly showing sections of leaves.

If species can survive more than 50 million years we might expect to see some of them shared by Australia and South America, going back to times when these continents were linked together, via Antarctica, as part of Gondwana. Tasmania’s deciduous beech (Nothofagus gunnii) does bear a remarkable similarity to lenga (N. pumilio), found in the southern Andes, but not enough to qualify them as the same species.

The age a species can reach is one question of interest, but there is another we might ask: if a 100-million-year-old lungfish was brought back to life, Jurassic Park-style, could it breed with the living species?

Of relevance here are some hybridisation events. In France two ferns that belong to different genera have produced vigorous hybrid offspring that thrive in the Pyrenees. The two ferns (Gymnocarpium dryopteris and a Cystopteris) are thought to have last shared a common ancestor 60 million years ago, which means that breeding is occurring despite 120 million years of divergent evolution. Reproductive barriers usually arise and prevent something like this happening.

Hybrids have also arisen in cultivation between a beech from New Zealand (N. menziesii) and one from South America (N. obliqua) that are believed to have separated more than 90 million years ago. There are also reports of hybrids between chickens and guinea fowl, which probably diverged tens of millions of years ago.

These examples show it is entirely possible that something from the Cretaceous might breed successfully with something alive today.