Death adders are famous snakes, yet scientists can’t answer the most basic question about them – how many species are there?
By Tim Low • May 31, 2016 • Reading Time: 2 Minutes • Print this page 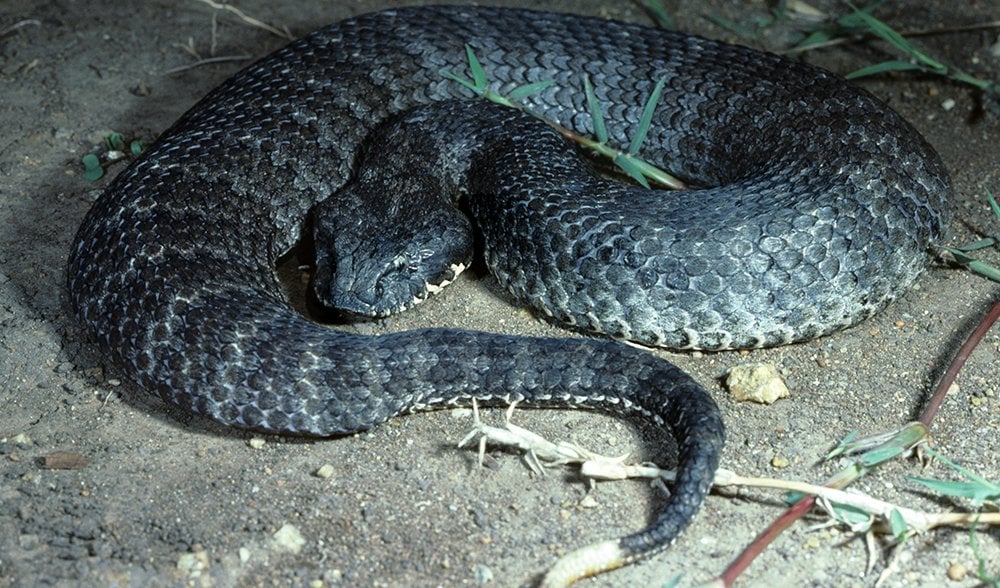 MOST AUSTRALIANS PROBABLY think there is just one species of death adder, the death adder – Acanthophis antarcticus. That was the verdict in the 1970s, but experts currently recognise at least seven, including one named in 1985 after Prime Minister Bob Hawke (A. hawkei). Current thinking is that more species await naming.

Across Australia death adders vary in colours, markings, thickness, scalation and habitat, but carving them up into species is difficult because they vary a lot within populations, and because different forms don’t always have obvious boundaries.

Not helping are different notions about what constitutes a species. The species concept is meant to, but doesn’t always, correspond to something important in the wild. The question of how many death adders there are might not have a correct answer, since it depends on the definition of species used and how it is applied in borderline situations. Death adders from northern Australia were once thought to belong to a single species but there are now thought to be at least four. (Image: Captmondo/Wikimedia)

In Western Australia the Pilbara death adder (A. wellsi) and desert death adder (A. pyrrhus) interbreed where their ranges meet. The many hybrids show that the snakes are mating freely rather than sorting themselves into two species. Despite this, biologists are entitled to recognise two species because the hybrids are confined to a limited contact zone. An alternative approach, popular in the past, but not today, would be to count them as one species made up of two subspecies.

Elsewhere in Australia thorough DNA sampling will be the key to deciding how many species are finally accepted, though there is no guarantee a consensus will be reached. Some of the species that were named in recent decades are not considered valid today, although that could change in future.

Although it happens rarely, death adders, with their ‘lazy’ sit-and-wait approach to life, are the snakes most likely to be stood upon. Instead of seeking food, a death adder hides in leaf litter or sand and wiggles its tail like a worm when a mouse or other prey chances along. Limited mobility promotes regional variation, feeding doubts about how many species to believe in.