This spectacular ray is on the brink of extinction
By AG STAFF • August 1, 2014 • Reading Time: 2 Minutes • Print this page 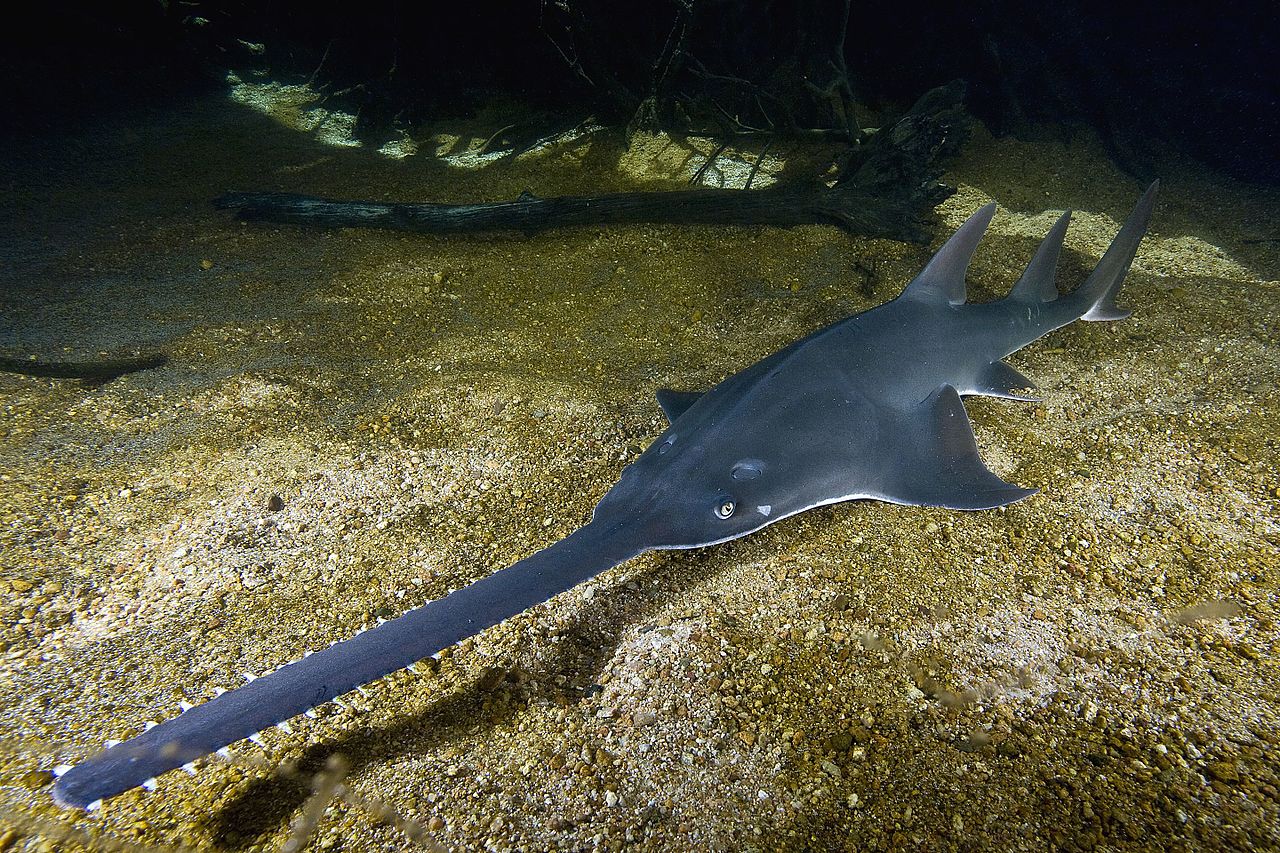 HABITAT
Rivers, estuaries and coastal waters up to 25m deep


ONE OF THE world’s largest fishes, this strangely wonderful shark-like ray occurs in waters around the world. Individuals can grow larger than 6.5m (including the saw) and weigh up to 600kg.

They are named for their distinctive saw-like snout with about 14-23 protruding teeth (which are actually scales) on each side. They use the snout to find and stun prey, which includes schooling fish such as mullet, as well as molluscs and crustaceans.

Unlike many fish that either live in freshwater or marine environments, the sawfish can move through both (known as being ‘euryhaline’). Juveniles are often found in freshwater, whereas adults are most often in estuary or marine waters.

What were formerly considered separate species, P. pristis, P. microdon, and P. perotteti, are now listed under the one species P. pristis and thought to be subpopulations occurring in tropical waters in the Eastern Atlantic, Western Atlantic, Eastern Pacific and Indo-West Pacific oceans.

Our local sawfish (Indo-West Pacific population) population is one of the last strong ones, listed just as Vulnerable nationally; therefore, they are important to the whole species’ survival globally.

They are found in the muddy bottoms of Australia’s big northern rivers and estuaries, including the Fitzroy and Ord rivers in WA, the Adelaide and Daly rivers in the NT, and the Mitchell and Leichhardt rivers in Qld. They have been found 400km from the sea.

Sawfish are ‘ovoviviparous’, meaning that a mother incubates her eggs inside her until they are ready to be born. A litter ranges from 1-11 pups and individuals don’t reach maturity until about 8-10 years. The Australian population has been estimated to live for up to 35 years.

The shark-fin trade is a major threat to their survival globally, as is the traditional medicine trade. Their unusual saw-like snout is also a treasured item, which makes them a target for illegal trade. Their snouts also cause them to easily become trapped in nets, so this type of fishing is also a threat.

A recovery plan for the species listed as Vulnerable in Australia is currently being developed.