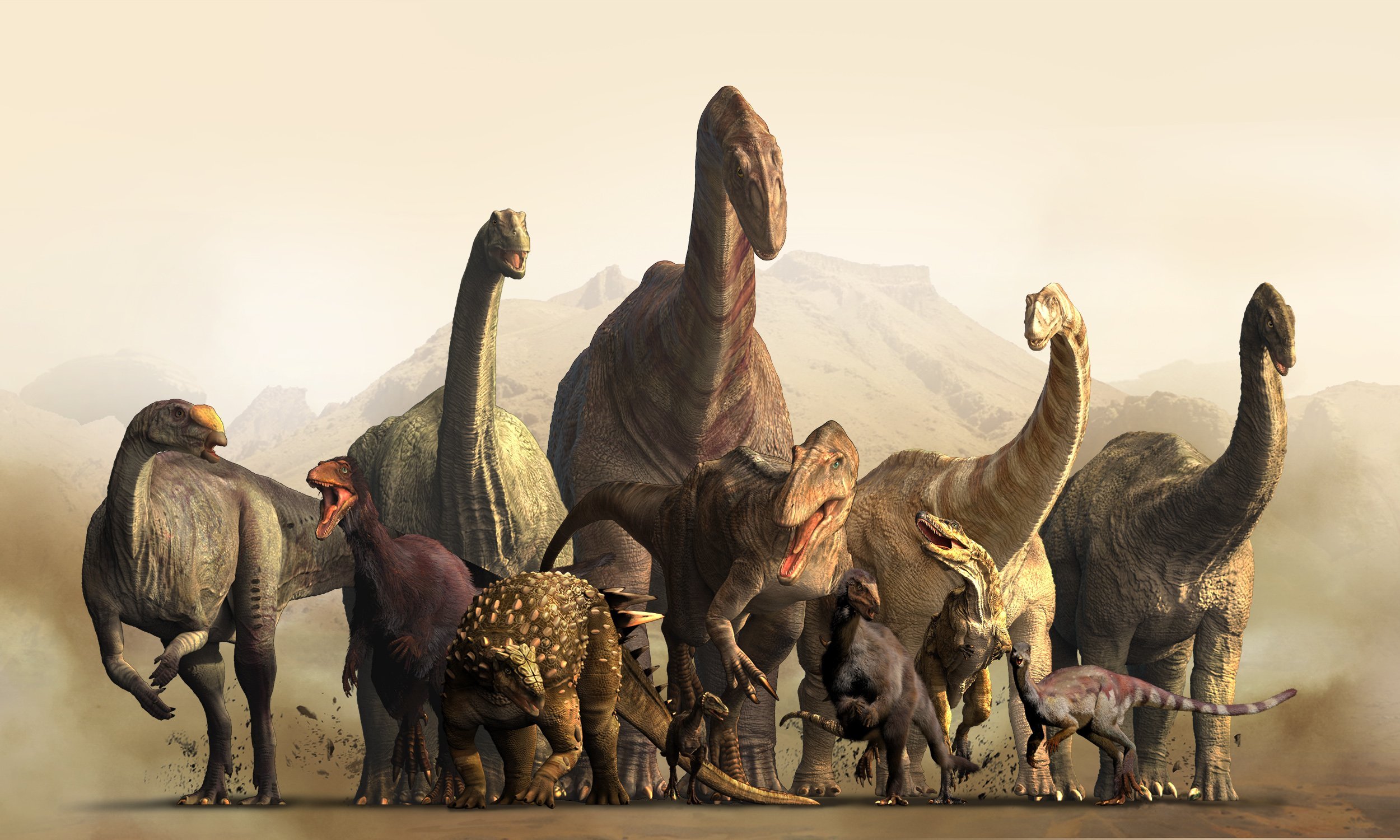 One of the most recently identified of Australia’s ornithopods is Galleonosaurus dorisae, the fifth of its kind named from Victoria. The dinosaur was given its name because the shape of its jaw resembles a type of ship known as a galleon. Five different upper-jaw bones of the Galleonosaurus were found at Flat Rocks, a fossil site near Inverloch, Victoria. Flat Rocks would have been a lush, forested area 125 million years ago, with lots of plants for these agile herbivores to feed on. Galleonosaurus lived in the same time and region as Qantassaurus, but the shape of each species’ jaw shows us that they fed on different types of plants.

When some remains of this stocky species were first found in the 1960s, it was instantly recognised as an armoured anklyosaur type of dinosaur. It had bony, protective plates (scutes) on its back as well as on its stomach. This armour might have protected it from carnivorous raptors. This was the first known ankylosaurian from Australia. When a second, nearly complete specimen of an ankylosaur was found in 1989 it was believed to be a Minmi specimen but in 2015 it was identified as a new species of ankylosaur – a Kunbarrasaurus.

Qantassaurus was a small dinosaur – about the size of a kangaroo – that was discovered by Patricia Vickers-Rich and Tom Rich (who also named Leaellynasaura and Timimus) in Inverloch, Victoria in 1994. This dinosaur was a herbivore that used its muscular cheeks and grinding teeth to eat a wide range of lowgrowing plants such as ferns.

Only a few bones from the head of this dinosaur have been discovered, back in 1989, but it’s enough to reveal that it was a member of the ornithopods – a group of two-legged herbivores. Most feathered species found so far have been carnivorous dinosaurs, but there are a few hints that herbivores like Atlascopcosaurus may have been feathered as well.

When these fossils were first discovered in Dinosaur Cove in Victoria in 1991, scientists thought the dinosaur was related to a group of herbivores called ornithomimosaurs or ‘bird-mimic lizards’, which were a group of dinosaurs that looked a bit like ostriches. Scientists now think that Timimus is actually a distant relative of Tyrannosaurus rex!

THIS SMALL plant-eater lived in the south of Australia when it was partly within the Antarctic Circle, where temperatures ranged between –2°C and 5°C. The skull that was found, at Dinosaur Cove in Victoria, shows that it had a large brain and large eyes that helped it keep watch for predators as it looked for food in the dark of the long Antarctic winter. Its incredibly long tail was more than twice the length of its body – perhaps the longest tail (relative to body length) of all dinosaurs.

Muttaburrasaurus is Australia’s largest ornithopod, and fossils of the species, including two skulls, have been found in both Queensland and New South Wales. This powerful herbivore could rear up on its back legs to reach tall trees and also to intimidate predators, though it sometimes moved about on all four legs.

First discovered in Queensland almost 90 years ago, Austrosaurus was our first known sauropod from the Cretaceous period. More fossils were found in 2014 and 2015. This long-necked species was able to reach tall trees and foilage. Scientists once thought that Austrosaurus spent a lot of time in the water, since it was found in an area with lots of plesiosaurs (a type of marine reptile). We know now that’s not correct, however, and that it was a land-based animal.

In 2013 the keen eyes of Mike Poben, a miner from Lightning Ridge, caught sight of two interesting-looking pieces in a bag of rough opal that had been brought up from a mine in nearby Wee Warra. Poben’s suspicion that the pieces may be fossilised jawbone was confirmed by experts at the Australian Opal Centre, to which he then donated the pieces. In 2018 a species was described from the fossils – Weewarrasaurus pobeni – a dog-sized ornithopod, with a beak and serrated teeth for eating plants, which may have moved in a herd.

This stocky-legged, broad-hipped dinosaur is the second-most complete Australian sauropod skeletons. A heavy plant-eater with a long neck and tail, the Diamantinasaurus would have lived in a lush, temperate area with lots of waterholes, lakes and a variety of plants. The fossils were actually found in what turned out to be a 94-million-year-old billabong.

The first fossil of this towering plant-eater was initially thought to belong to Austrosaurus. It was re-examined a few times in the 2000s and researchers finally declared it a unique species, making it the fourth Australian sauropod. It is nicknamed ‘Clancy’ after Banjo Paterson’s ballad Clancy of the Overflow – it was also found near Winton, not far from Australovenator and Diamantinasaurus.

This speedy dinosaur had huge claws on its hands and slender-toed feet, and has been described as the cheetah of Cretaceous Australia. Compared to other Australian carnivorous dinosaurs, we have the most complete fossil record for this species. It was discovered in 2009 by palaeontologist Scott Hocknull near Winton in Queensland.