COVID has reached Antarctica and scientists are concerned for its wildlife

The potential for the COVID-19 virus to jump to Antarctica’s unique and already vulnerable wildlife has scientists extremely concerned.
By Michelle Power and Meagan Dewar • February 11, 2021 • Reading Time: 5 Minutes • Print this page IN DECEMBER, Antarctica lost its status as the last continent free of COVID-19 when 36 people at the Chilean Bernardo O’Higgins research station tested positive. The station’s isolation from other bases and fewer researchers in the continent means the outbreak is now likely contained.

However, we know all too well how unpredictable — and pervasive — the virus can be. And while there’s currently less risk for humans in Antarctica, the potential for the COVID-19 virus to jump to Antarctica’s unique and already vulnerable wildlife has scientists extremely concerned.

We’re among a global team of 15 scientists who assessed the risks of the COVID-19 virus to Antarctic wildlife, and the pathways the virus could take into the fragile ecosystem. Antarctic wildlife haven’t yet been tested for the COVID-19 virus, and if it does make its way into these charismatic animals, we don’t know how it could affect them or the continent’s ecosystem stability. Jumping from animals to humans, and back to animals

The COVID-19 virus is one of seven coronaviruses found in people — all have animal origins (dubbed “zoonoses”), and vary in their ability to infect different hosts. The COVID-19 virus is thought to have originated in an animal and spread to people through an unknown intermediate host, while the SARS outbreak of 2002-2004 likely came from raccoon dogs or civets.

Given the general ubiquity of coronaviruses and the rapid saturation of the global environment with the COVID-19 virus, it’s paramount we explore the risk for it to spread from people to other animals, known as “reverse zoonoses”.

The World Organisation for Animal Health is monitoring cases of the COVID-19 virus in animals. To date, only a few species around the globe have been found to be susceptible, including mink, felines (such as lions, tigers and cats), dogs and a ferret.

Whether the animal gets sick and recovers depends on the species. For example, researchers found infected adolescent cats got sick but could fight off the virus, while dogs were much more resistant.

In a 2020 study, researchers ran computer simulations and found cetaceans — whales, dolphins or porpoises — have a high susceptibility of infection from the virus, based on the makeup of their genetic receptors to the virus. Seals and birds had a lower risk of infection.

We concluded that direct contact with people poses the greatest risk for spreading the virus to wildlife, with researchers more likely vectors than tourists. Researchers have closer contact with wildlife: many Antarctic species are found near research stations, and wildlife studies often require direct handling and close proximity to animals.

Tourists, however, are still a concerning vector, as they visit penguin roosts and seal haul-out sites (where seals rest or breed) in large numbers. For instance, a staggering 73,991 tourists travelled to the continent between October 2019 and April 2020, when COVID-19 was just emerging.

Each visitor to Antarctica carries millions of microbial passengers, such as bacteria, and many of these microbes are left behind when the visitors leave. Most are likely benign and probably die off. But if the pandemic has taught us anything, it takes only one powerful organism to jump hosts to cause a pandemic. 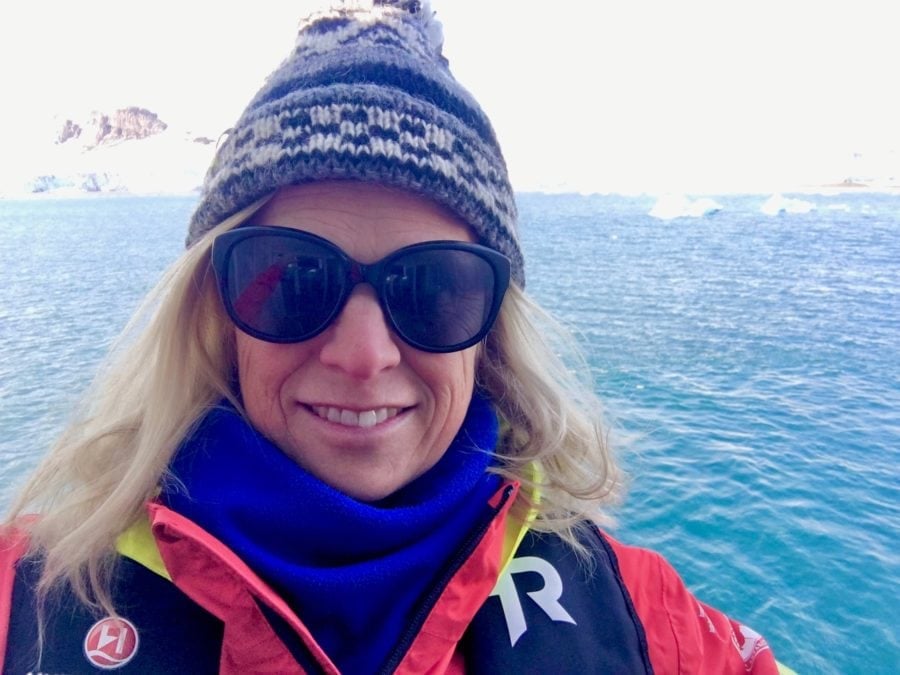 Related: Stranded at sea by COVID-19

How to protect Antarctic wildlife

There are guidelines for visitors to reduce the risk of introducing infectious microbes. This includes cleaning clothes and equipment before heading to Antarctica and between animal colonies, and keeping at least five metres away from animals.

These rules are no longer enough in COVID times, and more measures must be taken.

The first and most crucial step to protect Antarctic wildlife is controlling human-to-human spread, particularly at research stations. Everyone heading to Antarctica should be tested and quarantined prior to travelling, with regular ongoing tests throughout the season. The fewer people with COVID-19 in Antarctica, the less opportunity the virus has to jump to animal hosts.

Second, close contact with wildlife should be restricted to essential scientific purposes only. All handling procedures should be re-evaluated, given how much we just don’t know about the virus.

We recommend all scientific personnel wear appropriate protective equipment (including masks) at all times when handling, or in close proximity to, Antarctic wildlife. Similar recommendations are in place for those working with wildlife in Australia.

Migrating animals that may have picked up COVID-19 from other parts of the world could also spread it to other wildlife in Antarctica. Skuas, for example, migrate to Antarctica from the South American coast, where there are enormous cases of COVID-19.

And then there’s the issue of sewage. Around 37% of bases release untreated sewage directly into the Antarctic ecosystem. Meanwhile, an estimated 57,000 to 114,000 litres of sewage per day is dumped from ships into the Southern Ocean.

Fragments of the COVID virus can be found in wastewater, but these fragments aren’t infectious, so sewage isn’t considered a transmission risk. However, there are other potentially dangerous microbes found in sewage that could be spread to animals, such as antibiotic-resistant bacteria.

We can curb the general risk of microbes from sewage if the Antarctic Treaty formally recognises microbes as invasive species and a threat to the Antarctic ecosystem. This would support better biosecurity practices and environmental control of waste.

Related: What’s it like being a chef in Antarctica? Meet Jordan Smith

In these early stages of the pandemic, scientists are scrambling to understand complexity of COVID-19 and the virus’s characteristics. Meanwhile, the virus continues to evolve.

Until the true risk of cross-species transmission is known, precautions must be taken to reduce the risk of spread to all wildlife. We don’t want to see the human footprint becoming an epidemic among Antarctic wildlife, a scenario that can be mitigated by better processes and behaviours.