Rise of the jellyfish

Aussie jellyfish are one of the few animals that will continue to thrive as temperatures rise, and experts say it’s going to cause some problems.
By Angela Heathcote • July 26, 2018 • Reading Time: 5 Minutes • Print this page THE NUCLEAR-POWERED supercarrier USS Ronald Reagan was hailed as a masterpiece of naval architecture, able to withstand everything and anything… except a bloom of jellyfish. In 2006, while in the Port of Brisbane, thousands of jellyfish clogged the carrier’s condensers – like plastic stuck in a pool filter – forcing those on board to evacuate. For CSIRO jellyfish expert Lisa-ann Gershwin, the whole catastrophe had a lot of “smirkability” about it. “In Australia, there have been crazier blooms. But the fact that this was the world’s newest, most expensive and fearsome super carrier, and of course it was American, made it all the more funnier, and it got a lot of attention.”

Lisa-ann has been working around jellyfish for most of her adult life after becoming fascinated by them at the Cabrillo Marine Aquarium, in her home state of California. Studying marine biology at Berkeley, she quickly focused her studies on jellyfish, eventually becoming the world’s foremost expert on the identification and classification of the infamously deadly species irukandji. When she arrived in Australia in 1998 on a Fulbright scholarship to study jellyfish blooms, she was bombarded by the Australian medical community, who were eager to better understand these deadly jellyfish and how their excruciating sting could be treated. In 2003, she made the permanent move to Australia and has been sounding the alarm on their “blooming bad behaviour” ever since.

Jellyfish blooms are a mesmerising scene. Packed in like sardines, groups of these colourful bulbous blobs can stretch for hundreds of kilometres. And it’s been happening for hundreds of millions of years. “There’s a fossilised quarry in central Wisconsin, so it’s landlocked. The area is similar to Alice Springs, to put it into perspective. And here, in the middle of nowhere, there’s seven consecutive bedding plains of fossilised jellyfish blooms on top of each other, just like library books. Blooming is a natural part of their life cycle,” says Lisa-ann. But now, human activity is starting to make these blooms more common, and on a larger scale. “We catch fish, discard waste and put stuff into the air, and this is taking a toll on coastal ecosystems. Species are either winners or losers, and jellyfish are quite often the winners: they grow fast and breed more in these disturbed conditions.” 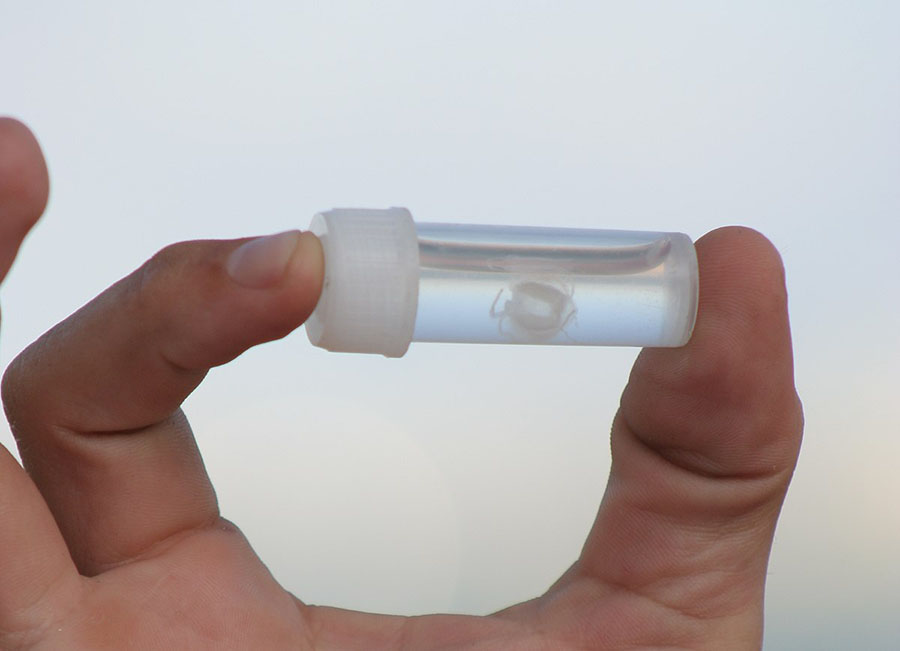 The scientific community became aware of the increasing number of jellyfish blooms back in 1995 after a paper was published in the ICES Journal of Marine Science, which recognised that “carnivorous jellyfishes are ubiquitous” and opportunistic. “It told the story of all of these seemingly random events around the world and asked whether there was something going on here and many people, including myself, thought ‘oh my, yes, that makes sense’.” This prompted Lisa’s initial research into jellyfish blooms in Australia, which took longer than expected when she realised many of the Australian species were misidentified. “I couldn’t work out what was going on with the species until I figured out who was who.”

Lisa says that Australia has experienced “crazy blooms”, far bigger and destructive than the USS Ronald Reagan incident. “In 2000, there was a bloom of sea tomatoes in Western Australia that spread from Derby in the north, all the way to Rottnest Island.” She was taken aback by this event because, in the 20th century, the sea tomato was considered a rare species, and since this event, they’ve been spotted in huge numbers almost every year. “Something has changed. But it’s not just the jellyfish. Every single one of them is hungry and needs to fuel that growth, and because of this there will be trickle-down effects, mostly lower productivity of fish and invertebrates” because the jellyfish are eating all the eggs and larvae.

However, what most Australians are concerned about is whether or not it’s likely that irukandji jellyfish will begin moving southward. But Lisa is skeptical about this theory and all the media attention it gets. “Of course, if irukandji were moving south, that would be a big deal, but there’s absolutely no evidence for this,” she says. Lisa also points out that according to the Venomous Jellyfish Database, of which she is the curator, it wouldn’t be the first time irukandji syndrome has been reported further down the east coast. “In 1999 there was an irukandji sting in Queenscliff, near Geelong, in 1905 there was a cluster of stings in Botany Bay and as far back as 1897 there were reports of stings in Moreton Bay, in south-east Queensland, so they’ve already been there.”

Science knows very little about the irukandji species, however, Lisa speculates that there’s potential that they’re tied to a particular type of habitat. “We’ve never found them in the wild in their polyp stages, so we don’t exactly know what habitat they need for reproduction. They’re not all over the place, which makes me think that they have a specific habitat association.” She adds that if they do begin migrating south, it will probably happen very slowly. 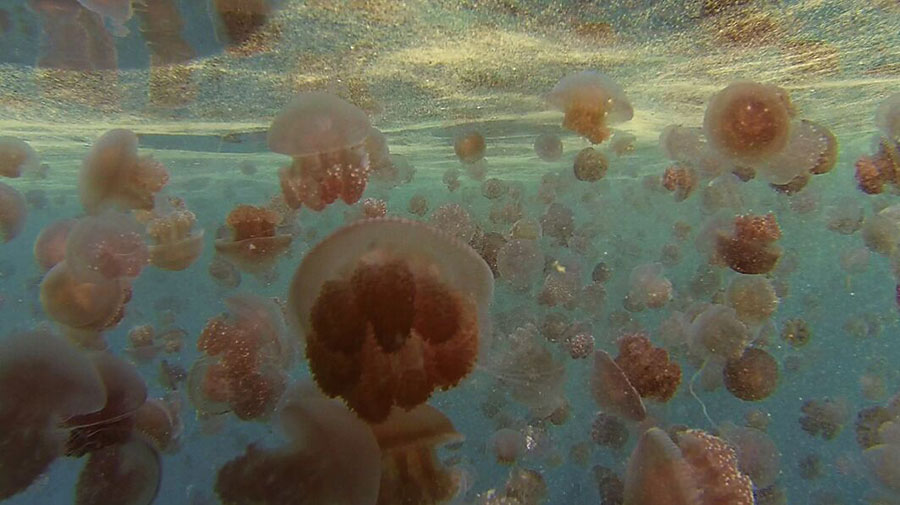 The biggest concern for Lisa isn’t the potential of irukandji to migrate southward. Rather, she’s preoccupied with the damage these large-scale blooms are having on the ecosystem. “In the early ’90s, a species of American jellyfish was introduced into the Black Sea. Within a few years this one species had multiplied and eaten just about every living thing so that 95 per cent of the biomass was this one species of jellyfish.” And with more jellyfish on the move, as well as perfect conditions for their breeding, she fears the situation could get out of control.

The lack of research focused on jellyfish and their impacts, Lisa says, is hampering scientists ability to fully understand the problem. “We really don’t have enough research in this country that we can point to a particular bloom and say we know that this one species is definitely out of control. We have examples of jellyfish that are out of control, like the blubber and sea tomatoes, but we’re not in a place yet to say if it’s good or bad regarding long term ecological change.” But industry is nonetheless feeling the brunt from the increasing number of blooms. “I get a lot of calls from many different industries around the country and they don’t realise that these issues are occurring everywhere.”

At the moment, much of Lisa’s time is dedicated to making her early forecast system for irukandji jellyfish fully operational. The new technology will have the ability to send out a warning when irukandji are blooming up to a week before the event, as well as another product that sits in the water and detects the immediate presence of irukandji that then generates an alert. In the background though, she’s working on something she hopes will be of use to industry, helping them avoid headache situations like those experienced over the past two decades across Australia.

“I can be here waving my arms, but maybe it’ll have to wait until there’s a huge crisis, and then people will be asking why we didn’t do something earlier.” She calls this the “Homo sapiens pattern of handling things”. “I would have thought the USS Ronald Reagan event would have got that reaction or even the sea tomatoes in WA just because of the insane photos, but no.”