Home Topics Science & Environment Galaxies: 16 of the universe’s most stunning

Galaxies: 16 of the universe’s most stunning

Learn about the many types of galaxies, and see some of the loveliest images ever taken of these cosmic wonders.
By Jude Dineley • April 19, 2013 • Reading Time: 2 Minutes 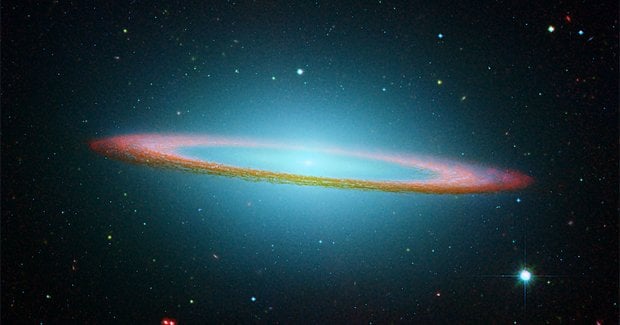 UNTIL 1923, ASTRONOMERS THOUGHT that our galaxy was the entire extent of the universe. That was until Edwin Hubble, at the Mount Wilson observatory in California, USA, was able to show that certain nebulae were too distant to be part of our own Milky Way.

He made one of the most profound discoveries in cosmology, and expanded the horizons of humanity beyond where we’d ever imagined was possible. NASA’s Hubble Space Telescope – which captured some of the images in the gallery attached to this story – was named in his honour.

Today, estimates of numbers of galaxies run into hundreds of billions and, as increasingly powerful telescopes are built, these estimates are likely to continue to grow.

Some of the most distant galaxies we can now see are thought to have been formed more than 13 billion years ago, perhaps just 400 million years or so after the universe was created in the Big Bang (read a short history of our universe here).

How do galaxies form?

Galaxies are huge, often spinning collections of stars, dust and gas alongside invisible and more mysterious ‘dark matter’. Most evidence suggests many have supermassive black holes at their cores, around which they rotate. Many galaxies have nicknames, such as “Black Eye” and “Pinwheel”, along with catalogue numbers such as “M33” or “M87”.

Galaxies come in a range of sizes, from thousands to hundreds of thousands of light years across. Some have stars numbering in the tens of millions, some have up to a trillion; the Milky Way is thought to contain more than 100 billion stars.

Exactly how galaxies form is a question that still puzzles astronomers. One hypothesis is that stars formed first and were gradually attracted to one another by gravity to form clusters, and then galaxies.

However it happens, dark matter is known to play an important part in galaxy formation. By mass it outweighs the gas, dust and stars in galaxies by a factor of five, but we only see it indirectly through its gravitational effects on visible matter. Astronomers know it provides most of the gravity that holds galaxies together – without it, they would drift apart.

Many kinds of galaxy

Spiral or disk galaxies such as the Milky Way make up over two thirds of the galaxies that we can see, and are among the most beautiful. These spinning galaxies are made up of a thin disk of gas, dust and young stars that surround a bulging centre of older stars. Spiral arms of stars and gas sweep outwards, forming a whirlpool-like pattern. The dust and gas in the disk feed the birth of the stars in the spirals.

Weird and wonderful shapes, from cartwheels to tadpole tails, result when galaxies collide or are warped by gravity in less violent encounters.