Home Topics History & Culture The tale of the Nullarbor Nymph 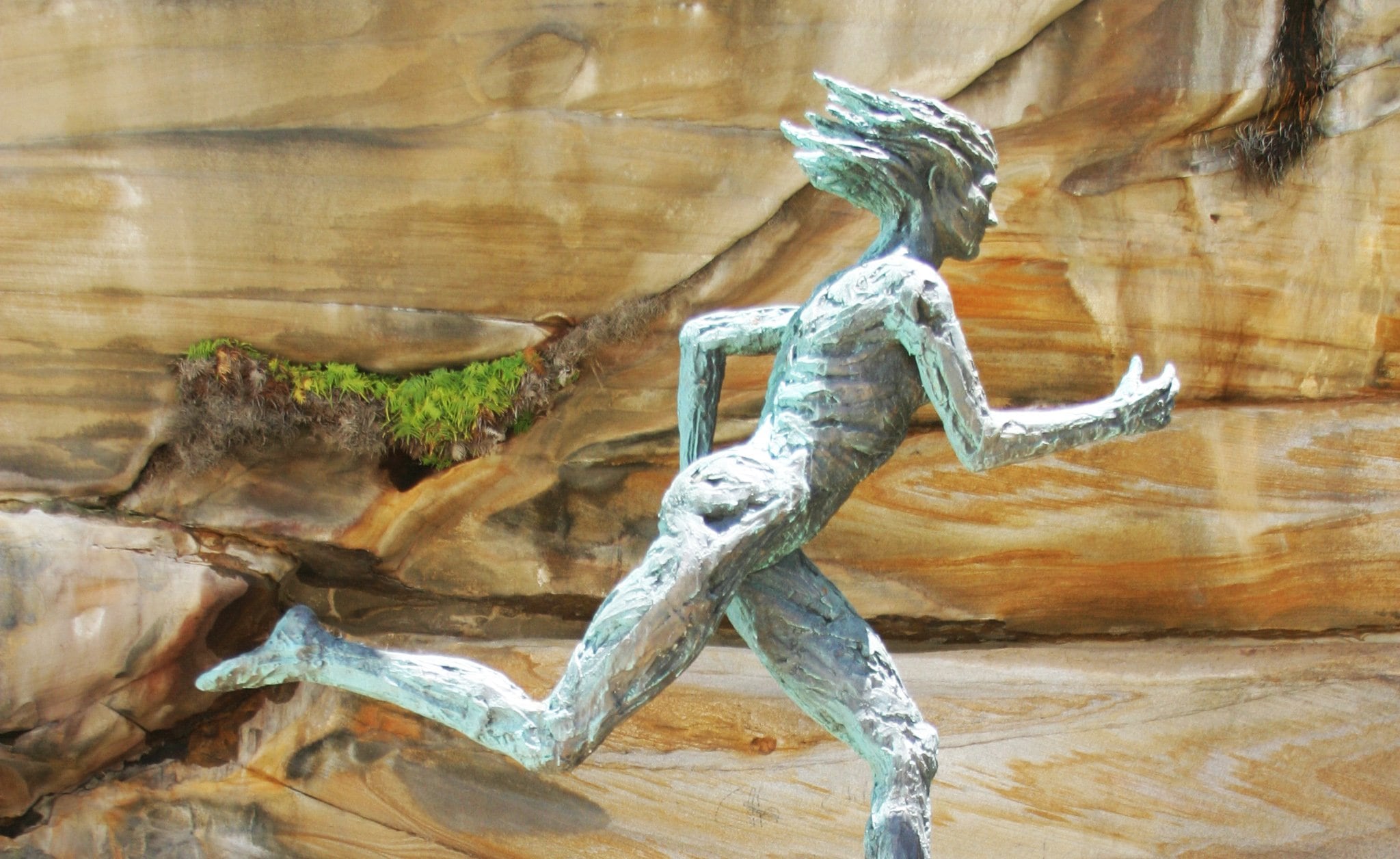 The Nymph became the subject of several statues and even a low-budget movie. Image credit: Shutterstock
Reading Time: 2 Minutes • Print this page
The photo of the so-called Nullarbor Nymph spread like wildfire.

These days, if a grainy photo of a half-naked woman living with kangaroos on the Nullarbor was circulated it would probably get a run on a fake news website before disappearing into obscurity. Savvy readers would realise it was a prank.

But back in late December 1971, times were different. With the help of a trusting national media and international news outlets hungry for ‘discoveries’ from the Aussie outback, the photo of the so-called Nullarbor Nymph spread like wildfire – the 20th-century version of a story going viral.

Within days the story featured in Time and Newsweek magazines and camera crews arrived from as far afield as the USA and England. TV networks were desperate to capture their own footage of the mysterious lady with long blond hair who’d been spotted near the Western Australian border town of Eucla, clad only in kangaroo skins and holding a kangaroo by its tail.

Related: The story of Valerio Ricetti, the hermit of Griffith

Of course no-one ever did capture any footage of the Nullarbor Nymph, because five months later, in early May 1972, one of the original yarnspinners confessed to the whole saga being a joke to drum up local business. The plot was hatched on Boxing Day 1971 when Geoff Pearce, a PR man passing through town, couldn’t pay his motel bill. As a solution he promised the owner he’d create a publicity stunt that would “put Eucla on the map”.

The population of the outback outpost at the time consisted of just “eight people, four crossbred dogs and a swearing parrot”,  wrote Adelaide’s Advertiser on 30 December 1971.

Over a few schooners at a bar, Geoff teamed up with a couple of local kangaroo shooters, including Laurie Scott, who in turn convinced Geneice Brooker, his partner and future wife, to be photographed as the nymph. On one moonlit evening, the pranksters even arranged for Geneice, clad only in kangaroo skins, to run across the road at 1.45am, so tourists on a passing bus could report a “sighting”. Some of the passengers were so concerned about the woman’s plight, they left “sandwiches, milk and sweets for her on the side of the road”.

When, as your myth-busting columnist, I recently tracked down Geneice, now 75 years old and living in Adelaide, she recalled the “fun times” of the hoax vividly. “I had to coat myself in talcum powder before slipping into the kangaroo skins because they were still fresh and wet.” She laughed.

Geoff certainly repaid his debt many times over because even today, almost half a century on, the legend of the Nullarbor Nymph still keeps the tills ringing at Eucla businesses.

In fact, hardly a week passes that I don’t receive an email from somewhere in the world asking if there’s any truth to the outback legend. I gently let them down, but quickly add that the Nullarbor Nymph isn’t the only case of a lone lady supposedly living off the land along a remote stretch of desert highway. But that’s a story for another column.