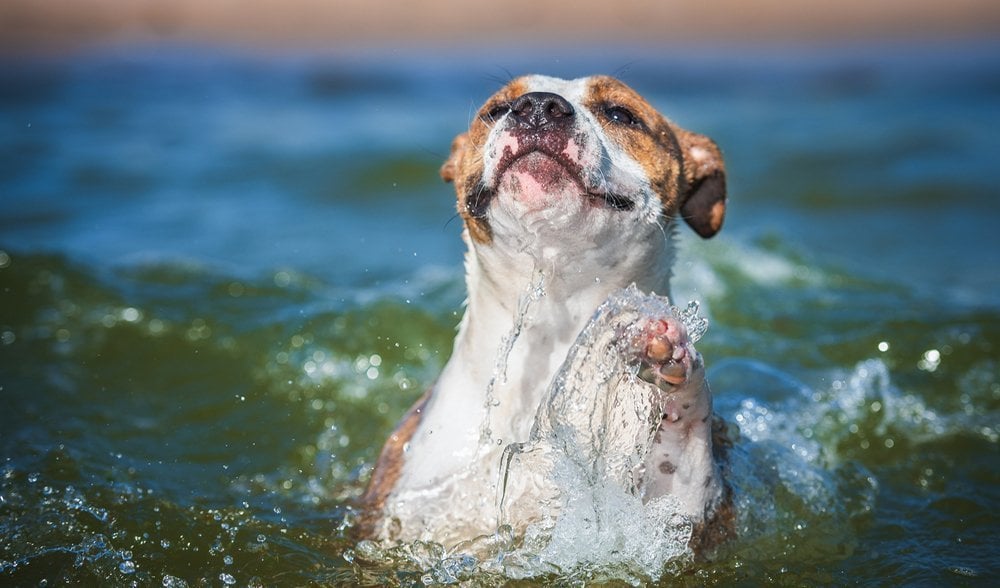 Man's best friend. Image credit: Shutterstock
Reading Time: 3 Minutes • Print this page
Why do Aussies love the dogs they do? From retrievers to border collies, we look at the nation’s most popular breeds.

WHILE ARCHAEOLOGICAL EVIDENCE suggests that human relationships with dogs began more than 14,000 years ago, the true origins of today’s domestic dogs remains something of a mystery. We do know they’re descended from grey wolves, but with ancient dog remains found all over the world, where and when they were first domesticated has been hard to determine.

What we do know is that somewhere along the line ‘man’s best friend’ aligned themselves with our ancestors and – whether at work or at play – dogs have become an indispensible part of human life.

Today, the majority of dogs are kept as pets, and the most popular breeds among Australia’s 3.4 million-odd dogs, suggest we prefer the intelligent varieties says Dr Kate Schoeffel, of the Australian Association of Pet Dog Breeders (AAPDB).

Research by Professor Stanley Coren, a psychologist at the University of British Columbia, Canada, ranked dog breeds on the basis of intelligence using data from hundreds of professional dog-obedience judges. Australia’s top ten pure-bred canines of 2012 include six of the dogs from that list. There’s quite a range of intelligence across dog breeds says Kate, although she’s adds that the variance within a breed is greater than between breeds.

According to Stanley, the most intelligent of all is the border collie. But, Kate says it’s not a good choice as a pet unless you live a very active lifestyle or have a large property. “If you look at any rural newspaper you’ll find at least two advertisements every week saying ‘free to good home – kelpie/border-collie cross – needs acres’,” she says. “Working breeds are a really bad idea in an urban environment, unless you are a very active dog owner.”

Poodles come in a close second on the smarts list. Kate says poodles are one of the most commonly sought-after breeds to cross-breed in Australia, because of their non-shedding curly coat, which is “more like a sheep than a dog”.

Poodles were originally bred as hunting dogs to retrieve birds from water in Germany, and so in addition to not shedding, their coat is relatively water resistant. In Australia, poodles come in at number 8 on the list of popular pure-bred dogs. However, cross-bred dogs are overwhelmingly more commonly sold than the purebreds, says Kate, although numbers on crosses are mostly too convoluted to tally.

The Australian cattle dog, which doesn’t make Australia’s top 10 most popular breeds, does come in as one of the ten most intelligent. Also known as a blue heeler, this Australian breed can be traced back to early settler days and an English sheep herder called the Smithfield. The Smithfield wasn’t well adapted to covering the vast outback distances required, and its bark was deemed too agitating to cattle.

Experimentation crossing it with the barkless dingo began in the 1830s, eventually producing a cross between the highland collie, Dalmatian, kelpie and dingo – a mix which is now reflected in the eclectic colours on the breed’s white, black and tan coat. Today it is also a popular US ranch dog and there are Australian cattle dog associations both there and in the UK.

Intelligence can make for a very human-like pet says Kate, but it can also make the dogs more difficult to look after. Coren’s work suggests that in some respects an average dog has a similar level of intelligence to a two-year-old human child, and some of the brightest, such as border collies, can learn up to 200 different words and commands. This puts them up there with dolphins, parrots and great apes when it comes to smartness.

According to the research at the University of British Columbia, the top 10 most intelligent breeds of dog are (in descending order):

The images in the gallery attached to this story were taken by photographer Astrid Harrisson who teamed up with author Tamsin Pickeral to produce The Spirit of the Dog: An Illustrated History (Allen and Unwin, 2012), a compendium packed with history and information about the world’s most popular breeds.