Adelaide-based ecologist and native bee expert, James Dorey, is known for his beautiful portrait images of bees and other insects. The author of the book, Bees of Australia, James recently rediscovered the rare cloaked bee., which was believed extinct for the past 100 years. In this episode he talks about the relevance of his images, how he came across a species that was thought to be long lost, and how we can help bees to thrive in our own backyards. This Episode of Talking Australia is hosted by Angela Heathcote (Digital Producer at Australian Geographic) and produced by Ben Kanthak (www.beachshackpodcasts.com).   You can also follow us on Instagram @australiangeographic 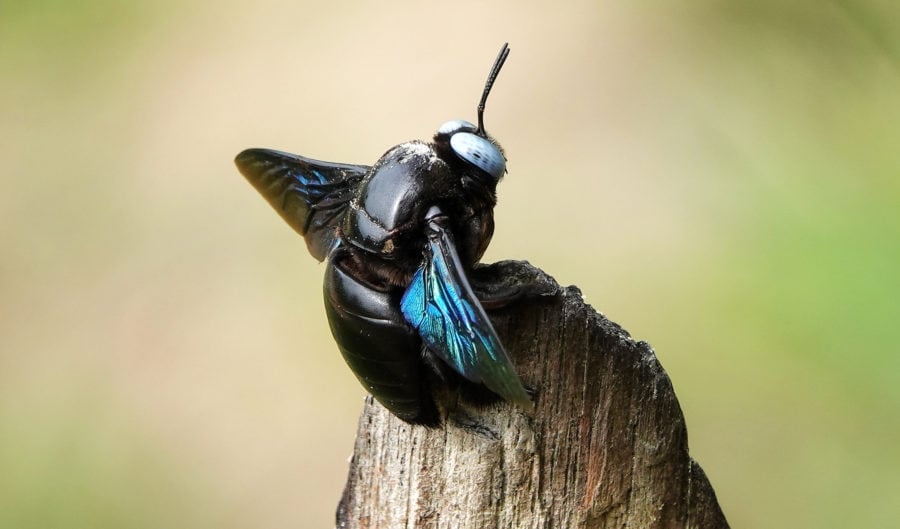 The humble honeybee can use symbols to perform basic maths including addition and subtraction, shows new research published today in the journal Science Advances. Flowers as ears? New research says it may be so.

When you think of honey you probably think of bees, but wasps and ants can produce honey as well. The blue beauty with an impressive coat of fuzz

We’re so used to seeing honey and bumble bees that you could be forgiven for assuming bees only came in yellow and black.

How we can still save our bees

Public pressure is growing in Australia to ban the sale of pesticides called neonicotinoids because of their harmful effects on bees.

Yet another new species of teddy bear bee has been discovered in northern Queensland during a ‘bush blitz’ of the area.