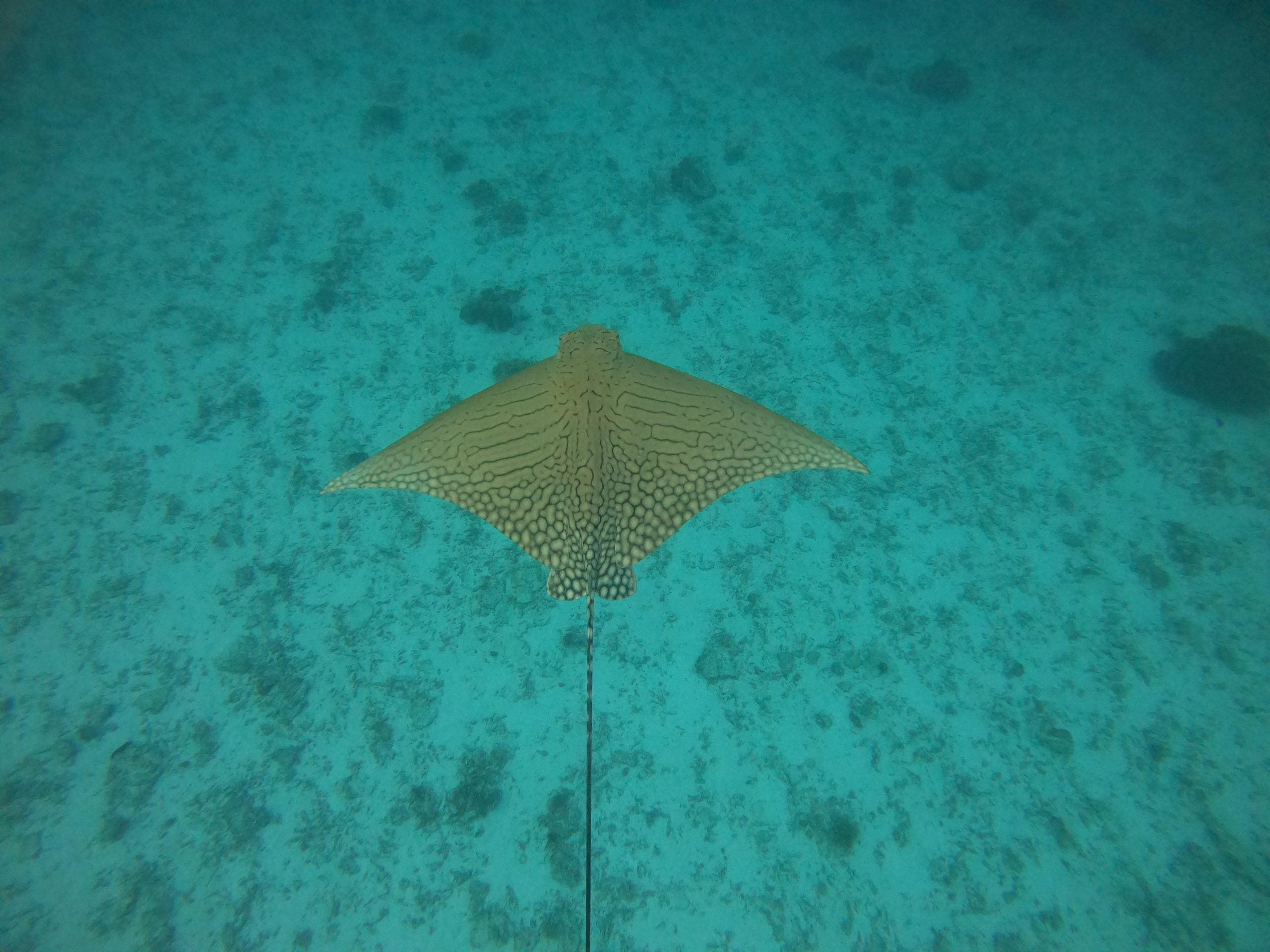 A RARE SPECIES of eagle ray has been spotted on the Great Barrier Reef just off Lady Elliot Island.

The ornate eagle ray (Aetomylaeus vespertilio) was filmed by Lady Elliot Island Master Reef Guide Jacinta Shackleton, who was conducting research in the area throughout March and April.

According to experts on the species, there have been just over fifty sightings of the ornate eagle ray recorded world-wide.

“I had only been in the water for five minutes before I noticed a large eagle ray coming towards me, but it looked different from the white spotted eagle rays we frequently see around the island,” Jacinta said.

“The head of this eagle ray appeared to be slightly flatter and the colouration was different, it was also travelling alone whereas the white spotted eagle rays generally travel in a group. It was then I realised this was in fact an endangered ornate eagle ray.”