An ancient Aboriginal site was blasted away by a mining company. Here’s why that was allowed
17 new species of carnivorous sponges described from Australian waters
New subspecies of red-tailed black cockatoo discovered
487

The map will over turn assumptions that were made for generations that this land wasn’t fought for on a number of fronts by the first peoples.
By AG Staff • July 5, 2017 • Reading Time: 2 Minutes 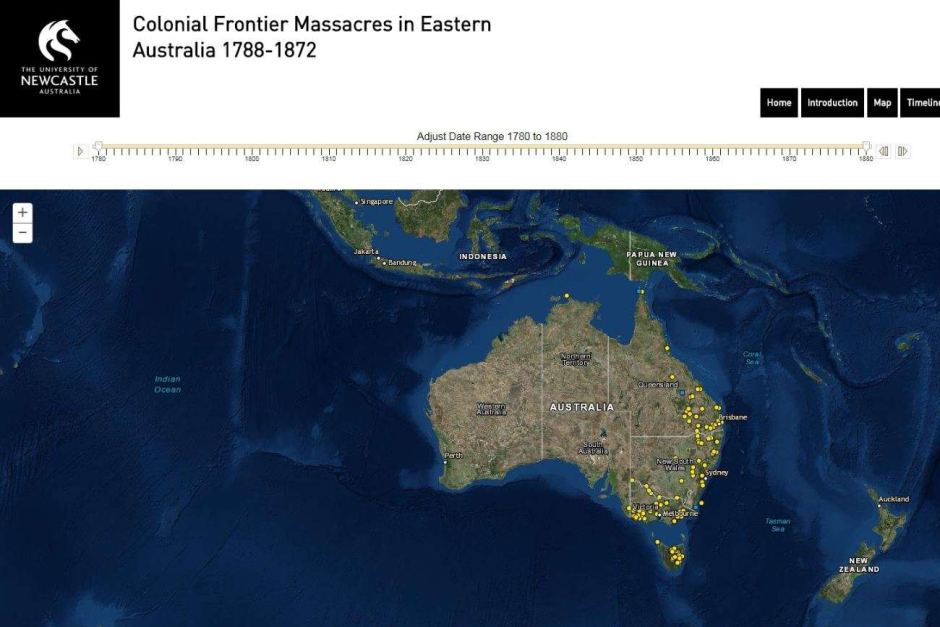 A NEW MAP RECORDING the massacres of Aboriginal clans across the East Coast of Australia, also known as the Colonial Frontier, has been constructed by researchers from the University of Newcastle.

With over 150 sites recorded, the map provides new insights into the scope of the massacres that occurred following the arrival of the First Fleet, as well as providing closure to Indigenous people from respective clans.

Researchers say that they intend to add to the map over time as they continue to collate the oral histories of Indigenous people with settler accounts told through newspapers, court documents and letters.

“As we move further west, I think we’ll find that map is going to have a lot of dots on it,” Lyndall Ryan from the University of Newcastle told the ABC.

The first site analysed by the researchers was Tasmania, where the Black War took place. As settlers migrated north along the mainland, the massacres continued to escalate.

“We’ve got a number of really major massacres where 60 or more [people] were killed and then we’ve got a very major event at Gippsland, the Warrigal Creek massacres, where over a period of about five days, about 150 people were killed,” Lyndall said.

The yellow dots on the map mark the number of people killed, the date and the kind of weapons used by the settlers.

However, many Indigenous people requested that the exact location of these massacres not be recorded, so the pinpoints mark an approximate location instead.

In addition to the new insights yielded by the map, Lyndall told the ABC that she hopes the map will over turn any assumptions that were made for generations that this land wasn’t fought for by the first peoples.

If you can provide the evidence of the information, then it could help to overcome a lot of the uncertainty and skepticism,” Lyndall said. Lyndall Ryan with her map of the Frontier Wars. (Image Credit: University of Newcastle via the ABC)