This is what the coronavirus pandemic can teach us about tackling climate change
“An underwater bushfire”: third mass bleaching event in five years on the Great Barrier Reef confirmed
Is it safe to go bushwalking?
592

A further 170,000ha of Tasmanian forest have been World Heritage listed, to the delight of environmentalists.
By Fiona MacDonald with AAP • June 26, 2013 • Reading Time: 2 Minutes 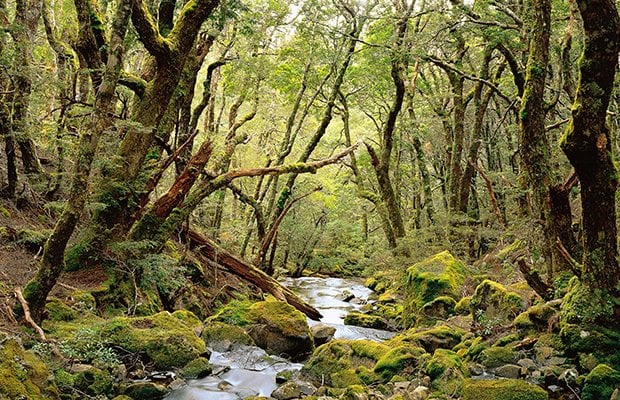 AN ADDITIONAL 170,000ha of Tasmanian old-growth forest will be protected forever after being World Heritage listed on Monday.

Wet eucalypt forests in the Upper Florentine, the Styx, Huon, Picton and Counsel River Valley now have the world’s highest level of environmental protection, thanks to their unique size and the ecosystems they support.

“If you look at the Styx in particular, there are trees that are the length of a football field going straight up,”  federal environment minister Tony Burke said in a statement announcing the listing. “This decision means those extraordinary giants of the forest are added to the World Heritage list.”

Logging will be illegal in the forests, which are now part of the Tasmanian Wilderness World Heritage Area. Although forestry will continue in areas that don’t have the same level of conservation value, Tony said. He hopes the decision will put an end to three decades of debate between the forestry industry and conservationists.

Jonathon LaNauze, the Healthy Ecosystems Project Manager with the Australian Conservation Foundation, says this is a huge win for environmentalists who have been fighting for World Heritage listing since 1989. Most recently, environmentalist Miranda Gibson famously spent 457 days living in a tree in the Styx region to campaign for extended environmental protection.

“It’s been a long battle but this is the highest level of nature protection in the world and it’s inscribing the old-growth eucalypt forests into the world’s history books,” Jonathon told Australian Geographic.

While he admits further work needs to be done to ensure surrounding regions promised protection under the Tasmanian Forest Agreement are covered by state law, he believes this is an important step. “We can now confidently say that our great grandchildren and their great grandchildren will be able to walk amongst these beautiful trees,” says Jonathon.

Professor Jamie Kirkpatrick from the University of Tasmania says that the eucalypt forests, which contain the tallest flowering plants in the world, form an irreplaceable ecosystem that needs protection. “This is a great move that will help protect the forests in the face of a future climate change and the increased likelihood of bushfires.”

The area is also home to the endangered wedge-tailed eagle and the Tasmanian Devil, which will also benefit from the decision, says Jamie.

The Australian Government is now working with Indigenous communities to ensure cultural values are also protected in the region, the minister says. “Work has begun on a study of the outstanding universal cultural values of the Tasmanian Wilderness World Heritage Area, including those areas within the new boundary.”