More native fish will be re-released into the River Murray, to help conserve its fragile ecosystem.
By AAP with AG staff • March 27, 2012 • Reading Time: < 1 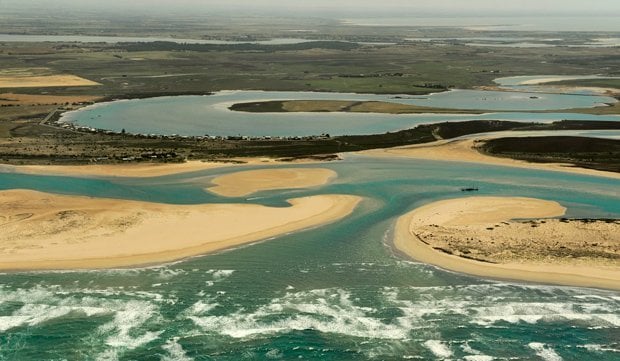 Mouth of the Murray River. Native fish will be reintroduced to the lower lakes to help save the ecosystem. (Credit: Getty)

DROUGHT AND WATER USE by upstream states came close to wiping out native fish species at the mouth of the River Murray, South Australian Environment Minister Paul Caica says.

But about 4000 Yarra Pygmy Perch, Southern Pygmy Perch, Murray Hardyhead and the Southern Purple Spotted Gudgeon are about to be released into waterways around the lakes thanks to a rescue mission.

The fish were bred in captivity after record low freshwater inflows during the drought, the minister said in a statement.

If the state and federal governments hadn’t taken unprecedented action to save them, he said, the species could have been lost to the region forever.

Returning the Murray River to health

“We only narrowly avoided a complete ecosystem collapse in the region by spending hundreds of millions of dollars to buy the system more time,” the environment minister said. “It is critically important that we address the historic over-allocation by upstream states by achieving a Murray Darling Basin Plan that returns the system to a sustainable level of health so it can withstand future droughts.”

There are early signs the ongoing work to repopulate native fish in the lower lakes region has been successful, the minister added.