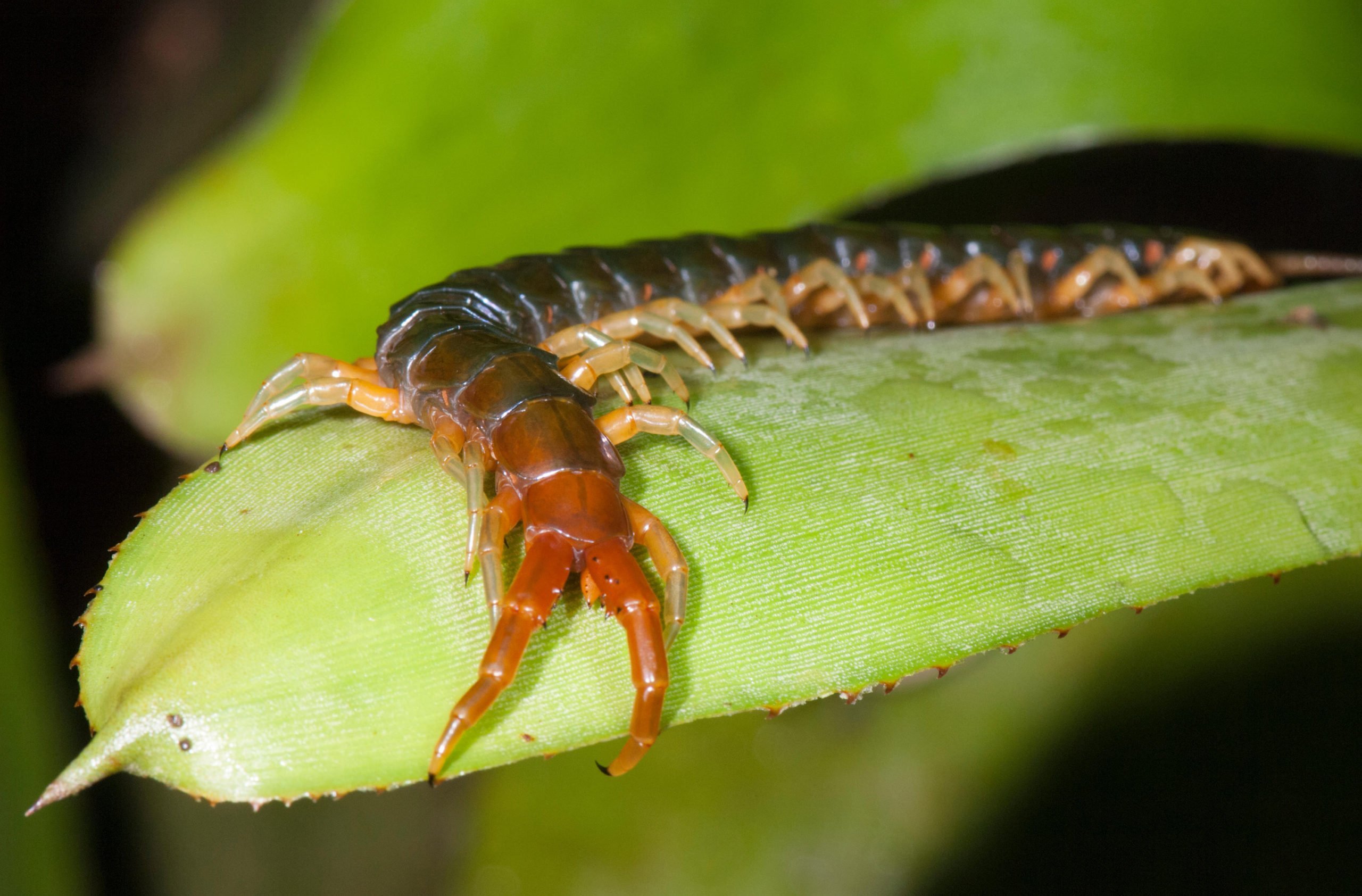 This large and venomous arthropod, Australia’s biggest centipede species, is a voracious hunter that feeds mainly on invertebrate prey but will also feast on meat if it gets the chance: it’s been seen scavenging on roadkill and other carrion but is also known to bring down live vertebrates such as frogs and lizards and even small mammals.

These centipedes are a physically powerful, fast-moving, nocturnal hunters with a potent venom that’s toxic to both insects and mammals. They deliver this via modified legs known as forcipules located at the front of the body and that curve around the head like fangs.

Some people who have been bitten by this centipede describe the pain as extreme and lasting for days, but others have said it’s no worse than a wasp or bee sting. As is the case for many other stings, pain can be relieved by the application of an icepack.

Although no one has been recorded as dying from a sting by this particular centipede species, there is a recent report of a young girl in the Philippines who died about a day after being bitten by a closely related species.

Giant centipedes are found in bushland throughout mainland Australia in a wide range of moist to dry habitats and have also been reported from northeast Tasmania. They’re also found in New Guinea, Indonesia, the Solomon Islands, and parts of Southeast Asia.

They are most active on warm wet nights and by day often hide beneath rocks and leaf litter.

Females show a relatively high degree of maternal care for an invertebrate: they lay their eggs in clusters of up to 40 and remain curled around them guarding them from predators. Even after these hatch the mother will stay wrapped around her offspring for their first month or so of life.