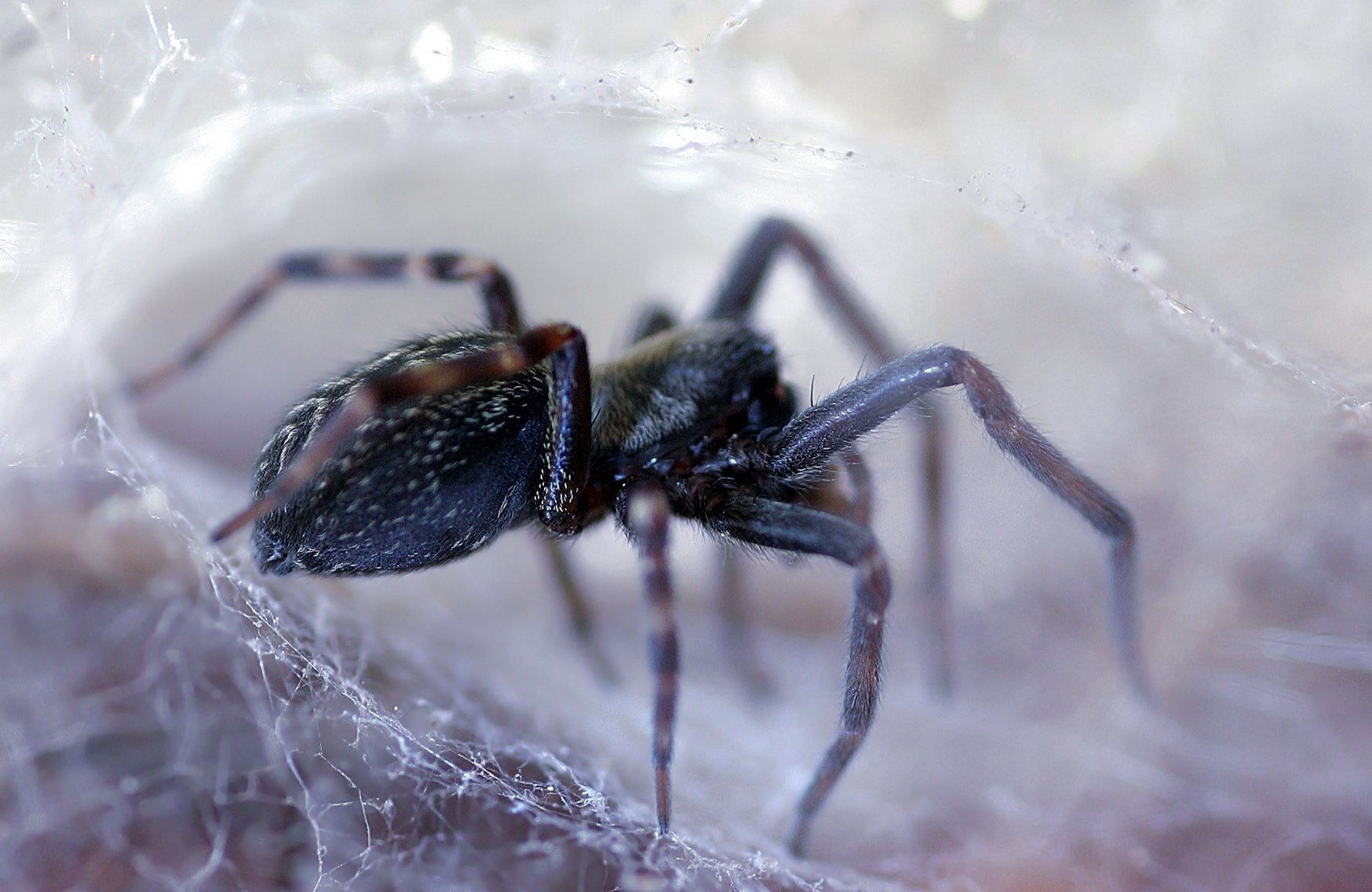 The black house spider is found throughout mainland Australia and Tasmania and has been introduced to New Zealand and Japan. In its usual bush habitat, it likes to build its web and shelter among crevices on tree trunks with rough bark.

But the species has become well-adapted to urban areas and is common in homes where it often builds lacy webs in window corners, hence its other common name – the window spider.

These arachnids arrange their messy silken retreats with a cone- or funnel-shaped tunnel at the centre or to one corner and wait behind this, hidden from potential predators such as birds. When prey lands on and becomes trapped by its sticky silken web the spider responds by racing up the tunnel to bite and seize it.

In their natural habitat, these spiders will often position themselves near injuries made in tree trunks by wood-boring insects and then wait for butterflies, bees and ants attracted to the sap that flows.

In urban areas black house spiders will make their webs near lights and lamps to take advantage of the flying insects that these attract.

These spiders are not usually aggressive, and females tend to remain hidden away in their webs, although the considerably smaller male often wanders about looking for mates.

When he finds a female he’ll attract her attention by plucking at her web and after making sure she’s receptive he may remain for several days, often mating with her repeatedly.

The female builds several egg sacs within her web. The spiderlings usually disperse but sometimes remain with their mother for a while, eating the smaller prey caught in her web that she usually ignores.

Black house spiders have been known to bite occasionally and although their venom is not deadly to humans it can cause nausea, localised swelling, and pain, which can be relieved by cold packs. Always seek medical attention if symptoms worsen or persist.

Note that although these spiders are black, relatively large and create a cone-shaped web that can superficially resemble that of the deadly funnel-web spiders, they are not related and certainly nowhere near as deadly.