Home Blogs Creatura Blog Have a look at this beauty: Steve Irwin’s turtle

Bec Crew is a Sydney-based science communicator with a love for weird and wonderful animals. From strange behaviours and special adaptations to newly discovered species and the researchers who find them, her topics celebrate how alien yet relatable so many of the creatures that live amongst us can be.
By Bec Crew • June 7, 2021 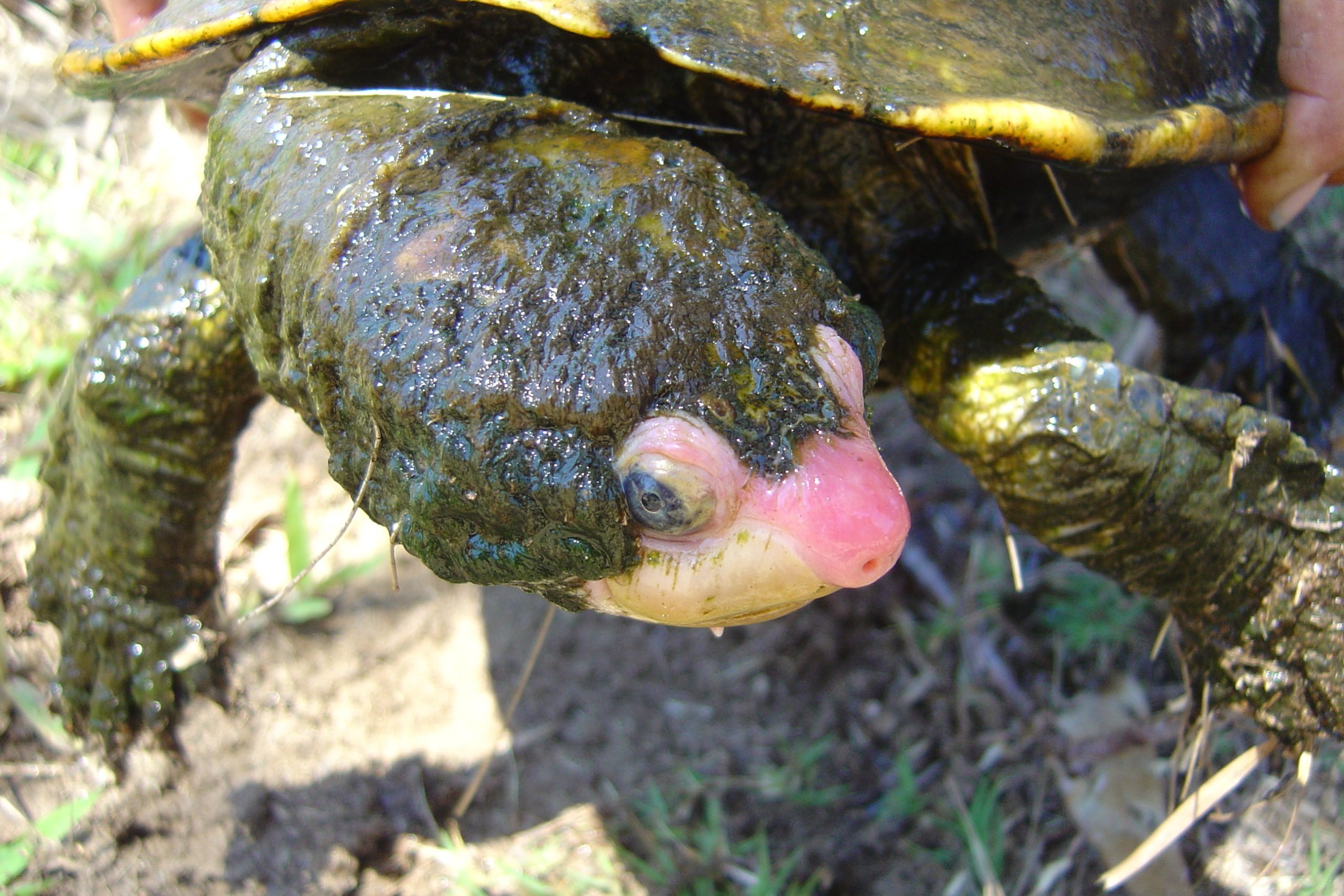 Image credit: Ian Sutton/Flickr
Reading Time: 2 Minutes • Print this page
With every inch of its body covered in thick, soupy mud, except for its wonderful pink snout and pale, yellow cheeks, this Irwin’s turtle is showing off its best features.

A rare species of Australian freshwater turtle, Irwin’s turtle (Elseya irwini) is thought to exist in just one place on Earth: a small pocket of coastal north-eastern Queensland, in the Broken-Bowen River system and the lower Burdekin River.

This charismatic critter is named after the late Steve Irwin and his father Bob, who are credited for discovering it in 1990. The iconic pair were reportedly camping on the banks of the Burdekin River when they noticed the pale head of one of these turtles poking up out of the water.

Bob and Steve took a few quick snaps of the turtle before releasing it back into the river. They sent the photos to Queensland Museum turtle expert John Cann, who made his own trip to the Burdekin River to spot another turtle and confirm that it indeed was new to science.

What they’d found was one of the largest Australian freshwater turtles, which grow to about 6kg in weight. That strange, pale colouring tends to only be seen in the females; the males have a more uniform colour all over.

For comparison, here’s a female, who is clearly feeling herself.

Not all females have this feature – it’s though to the result of hypomelanism, a phenomenon wherein an individual experiences reduced pigmentation due to loss of chromatophores, which are pigment-containing cells that sit near the surface of an animal’s skin. According to a 2011 study, hypomelanism is thought to affect around 10% of the female adult turtles.

Not a whole lot is known about Irwin’s turtles because they’re very rarely seen. It’s assumed that they’re endangered due to threats such as habitat loss and pollution of the waterways, but researchers are racing to learn more about them.

In 2009, the species’ status as a threatened species was assessed, but there wasn’t enough information about its population numbers and range in order to have it properly classified.

Jason Schraffer, a PhD candidate at James Cook University (JCU), says the fact that the Irwin’s turtle’s population is so isolated is putting the species at significant risk, particularly now that its habitat is right where the proposed $4 billion Urannah Dam would be.

“The only known study population is smack bang on the site of the proposed dam,” Schraffer told the ABC in October.

According to the Threatened Species Scientific Committee, the species’ restricted range and other factors suggest that the population may collapse, which is why research by Schraffer and his colleague at JCU, Cecilia Villacorta Rath is going to be crucial to give the namesake of Steve and Bob Irwin a chance at survival.