With its remarkable coat and strange little fingers, the striped possum is a peculiar fellow that few Australians are lucky enough to see. 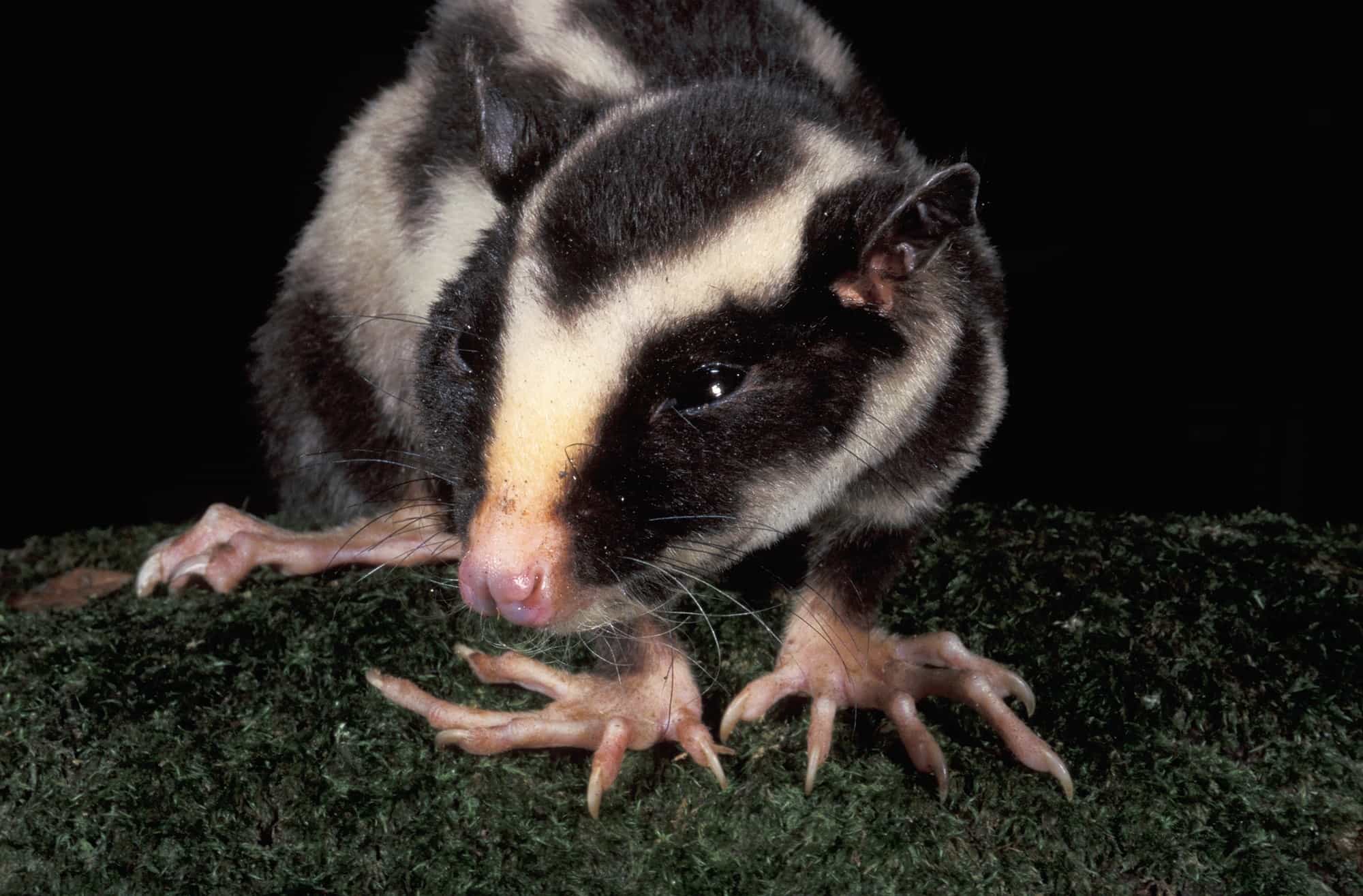 THE STRIPED POSSUM (Dactylopsila trivirgata) lives in a pocket of Australia, right up in the Cape York Peninsula, where it hides out in the rainforests and eucalypt woodlands, nestled on a bed of leaves in a cosy tree hollow or weaving among the branches as it snacks on flowers, fruits, and beetle larvae.

Read more: A guide to all 27 species of Australia’s possums and gliders

The striped possum is very rarely seen in Australia, but not hard to find in New Guinea, where it’s far more widespread. It’s also found on a few of the tiny nearby islands, including Serui and Waigeo. A close relative of the sugar glider, the striped possum looks like a black and white squirrel and has a prehensile tail like a monkey, but it’s more like a marsupial woodpecker.

It feeds on wood-boring insect larvae that lurk beneath the surface of rotting branches, and licks sap, gum, and honey that seeps down onto the bark.

Just like an aye-aye, it uses its creepily elongated fourth finger to tap on the surface of a tree, listening for signs of inhabitants.

When it’s located its target, it will bite a hole in the bark with its chisel-like teeth, and use the specialised hooked nail on the end of its elongated finger to skewer or scoop out the larvae. It also gets a meal of ant and termite eggs using this method.

Here’s one scouting a good spot under the bark: You can see one in action here, biting a hole in the bark:

A shy and solitary species, very little is known about how the striped possum breeds. But the female has two teats in its pouch, which means she can raise two young at a time.

Not surprisingly, the babies are extremely cute:

The good news is the striped possum, while extremely elusive and rare in Australia, is not considered to be a threatened species. But its numbers are in decline due to habitat loss.

In New Guinea, they are also hunted for their pelts and meat, which obviously doesn’t help, an in Australia, amethystine pythons (Morelia amethistina) – Australia’s longest python – can be a real problem for the species.

To leave you with more of the adorable striped possum, here’s one licking the nutrients from the surface of a tree: