The southern marsupial mole is preposterous, even by Australian standards

Bec Crew is a Sydney-based science communicator with a love for weird and wonderful animals. From strange behaviours and special adaptations to newly discovered species and the researchers who find them, her topics celebrate how alien yet relatable so many of the creatures that live amongst us can be.
By Bec Crew • July 18, 2019 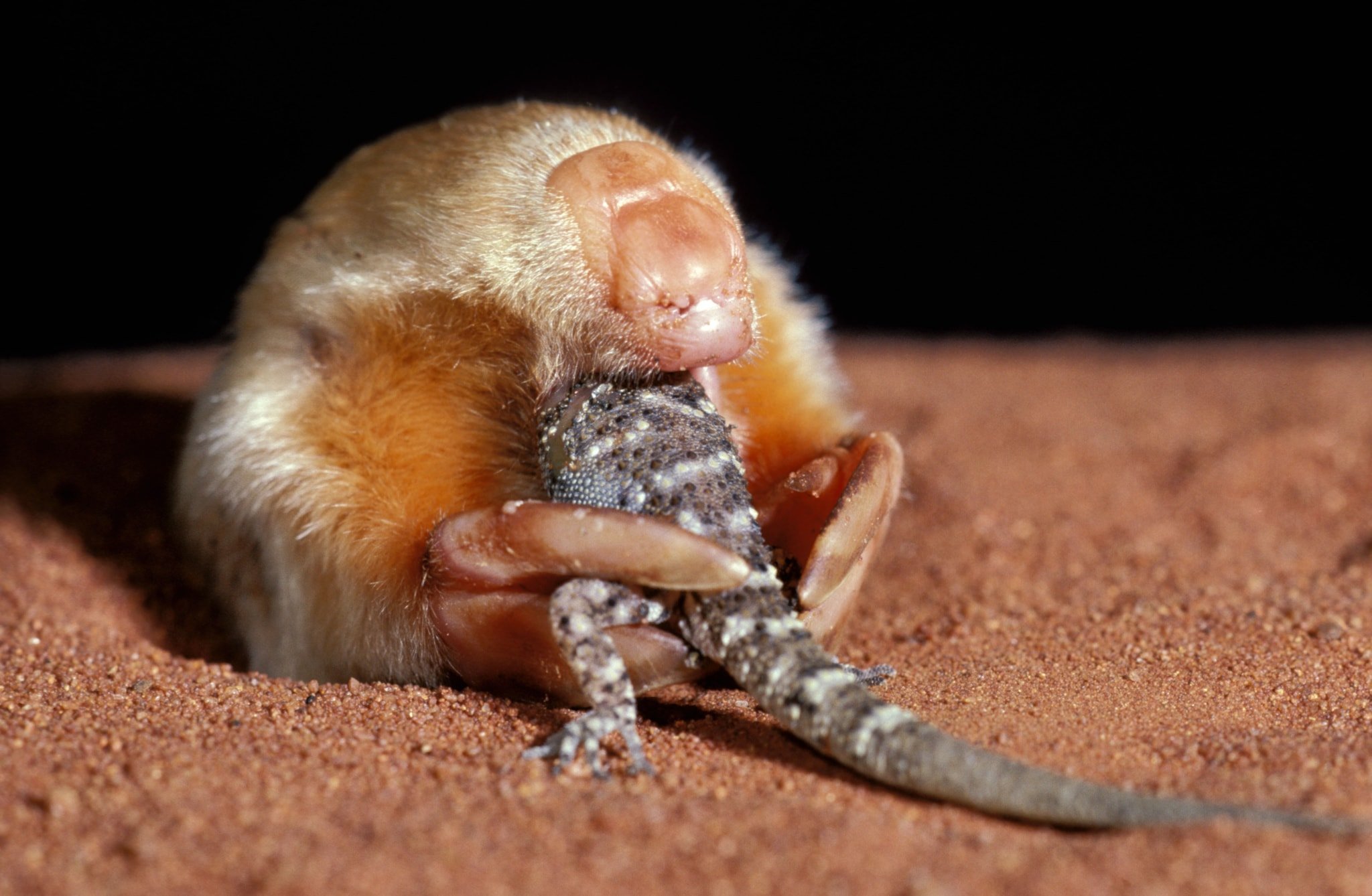 NATURE, YOU are drunk.

The southern marsupial mole is the animal version of getting dressed in the dark. It’s the no eyes. The comically large claws. The barely-there tail. The luxurious golden coat. It looks like a half-finished Beanie Baby that someone pulled out of the trash and weaponised. A Jim Henson puppet gone wrong.

Found in the western central Australian desert, the southern marsupial mole (Notoryctes typhlops) is one of Australia’s most elusive creatures. Also known as the itjaritjari, it’s an important ancestral creature for the Anangu of the Red Centre, and features in the Dreaming of several more Aboriginal groups.

Stretching just 10 cm long and weighing between 40 and 70 grams, this evolutionary marvel is built for burrowing. It spends almost no time on the surface, which means even those living alongside it rarely – if ever – see it.

So little is known about these shy, solitary creatures that scientists aren’t entirely sure how they find each other atop or below the sandy dunes. How do they court each other? What happens when they mate? Are the males territorial?

No one’s been able to keep one alive in captivity long enough to breed, and we’re still searching for a wild population to observe.

What’s particularly strange about the southern marsupial mole is that, unlike other subterranean creatures like the naked mole rat and the prairie dog, it doesn’t appear to construct any burrows.

Instead it just ‘swims’ through the sand like a fish through the ocean, backfilling its tunnels as it goes and breathing the air between each grain of sand.

You can see it in action here, as it struggles to cut through the tough outer surface of the desert floor, before submerging itself in the rich, red earth:

As Dr Joe Benshemesh from the University of Melbourne and the Threatened Species Recovery Hub reports, fossil evidence suggests that the Australian marsupial moles – a group that also includes the northern marsupial mole, or  kakarratul, known from the deserts of Western Australia – likely split from the marsupial family tree some 64 million years ago.

Since then, they’ve been evolving some really weird features, such as that calloused, shield-like nose, the rear-opening pouch, and complete lack of optic nerves.

According to Benshemesh, who estimates that actual sightings of Australian marsupial moles have occurred no more than 10 times a decade, they eat small animals such as insects, eggs, and larvae in the wild.

In captivity, they’ve been known to eat larger creatures like spiders and geckoes.

Look at this one inhaling a centipede.

Southern marsupial moles are endangered, and threats on the surface include feral foxes and cats, as well as dingoes. Down below, their tunnels are at risk of damage from sheep and cattle and heavy vehicles compacting the earth.

So keep an eye out for conservation projects to support, and let’s hope these special little creatures are doing better than we think, hidden deep inside their tunnels.