The daddy longlegs myth that we keep falling for

Bec Crew is a Sydney-based science communicator with a love for weird and wonderful animals. From strange behaviours and special adaptations to newly discovered species and the researchers who find them, her topics celebrate how alien yet relatable so many of the creatures that live amongst us can be.
By Bec Crew • October 15, 2018 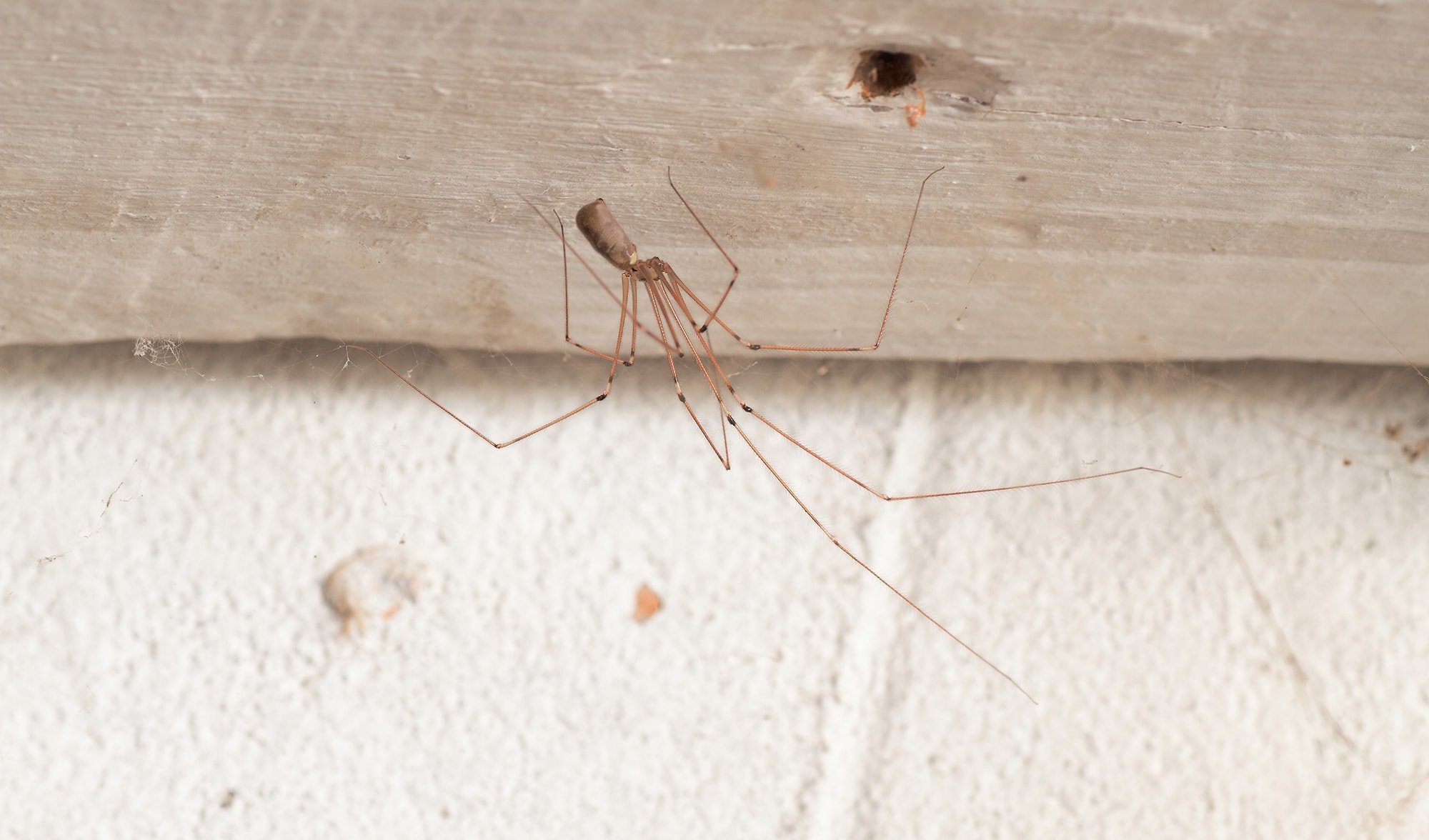 As a fixture in Australian homes, the daddy longlegs has earned the kind of respect that comes from being so ubiquitous. There’s no escaping them, they’re always there. It’s almost like we build our houses around them.

And to add to the mystique of this dogged house quest, there’s that evolutionary paradox that many of us have marvelled at at least once in our lives – the daddy longlegs is the most venomous spider of them all, but because its fangs are so small and curved (or ‘uncate’), it’s incapable of injecting its venom into humans.

Except it’s all a total myth.

Daddy longlegs are perfectly capable of sinking their fangs into us when they find themselves under threat. We know this, thanks to this horrifying experiment on MythBusters, where Adam Savage baits a daddy longlegs to bite him.

Not only that, but brown recluse spiders also have small, uncate fangs, and no one’s questioning their ability to inflict a nasty bite on a human.

The good news is daddy longlegs venom is almost completely harmless to humans. In fact, it’s even fairly weak when inflicted on mice and insects.

When Savage gets bitten by a daddy longlegs, he describes a slight burning sensation that only lasts a few seconds.

So where did the myth come from?

It’s thought that the daddy longlegs has made of a legend of itself due to its ability to crush a redback spider in a one-on-one battle. Because surely a spider that can fell one of Australia’s most feared species must outrank it on the venom scale, right?

The truth is, it’s not venom that gives the daddy longlegs the upper hand over the redback spider – it’s its legs.

According to Mark Harvey, Head of the Department of Terrestrial Zoology at the Western Australian Museum, daddy longlegs are able to defeat redbacks by spitting silk at them from a distance, then using their slender limbs to keep their foe’s deadly fangs at bay while wrapping them up and incapacitating them.

The trick is that the daddy longlegs’ legs are so thin, it’s almost impossible for a redback to land a bite on one.

What we love about this myth getting busted is that the daddy longlegs doesn’t come out of it being any less cool. It can still take down a brown snake if it wants to, because nothing beats a carefully laid silk snare – not even the most potent venom in the world.