This majestic raptor is a fire-wielding ninja

Is there anything cooler than a bird of prey that can spread fires using lit sticks, and is so sneaky, it can out-scavenge an ibis?

<p>Bec Crew is a Sydney-based science communicator with a love for weird and wonderful animals. From strange behaviours and special adaptations to newly discovered species and the researchers who find them, her topics celebrate how alien yet relatable so many of the creatures that live amongst us can be.</p>
By Bec Crew • August 13, 2018 • Reading Time: 2 Minutes • Print this page 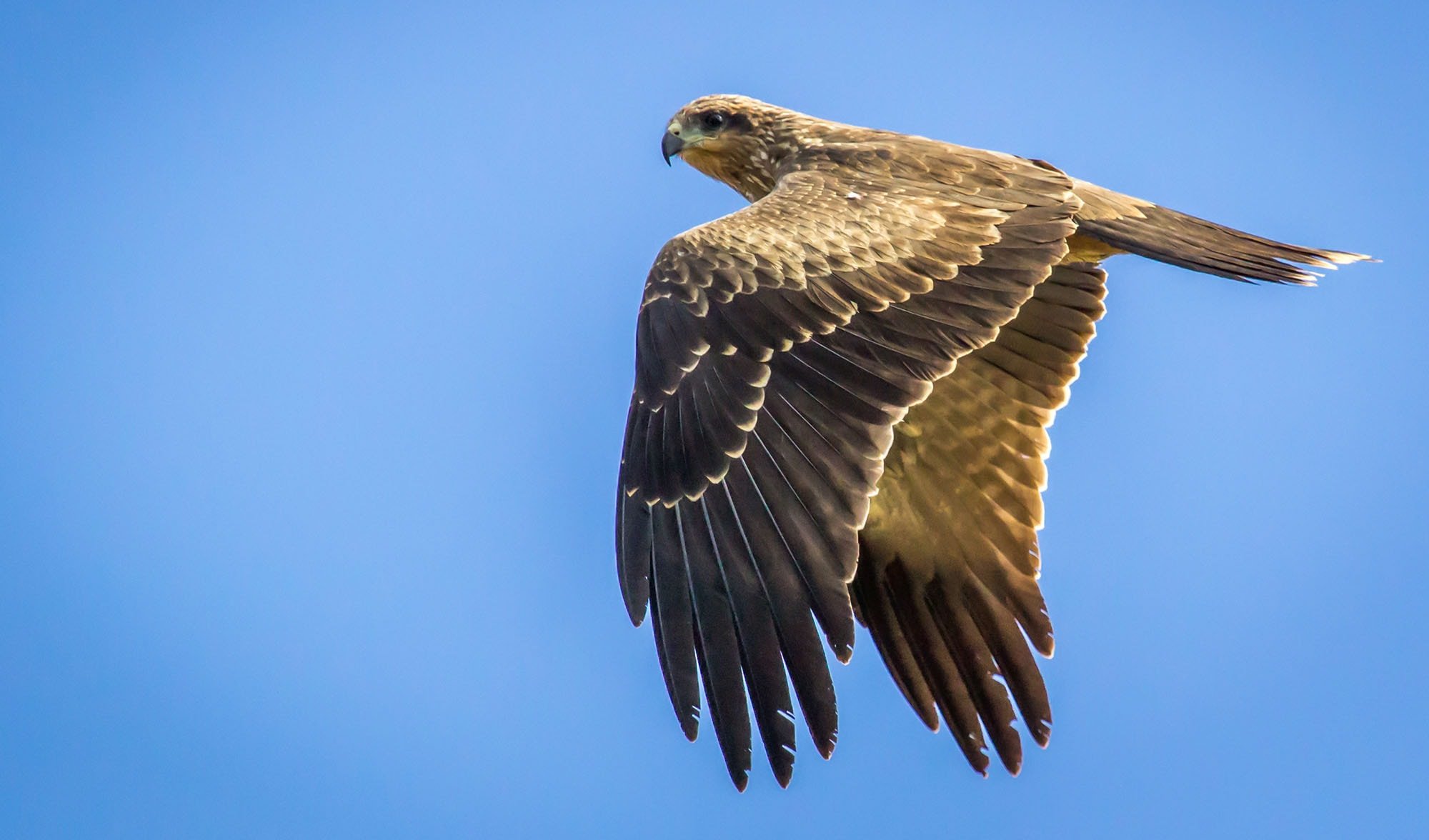 Whistling kites, along with black kites and brown falcons, have for thousands of years been intentionally spreading the reach of bushfires. Image credit: Nicole Patience/Shutterstock

MEET THE WHISTLING kite – a real-life ‘fire hawk’ with more tricks up its sleeve than you might expect.

The most remarkable of these has been the stuff of legends for millennia – a phenomenon long-touted by the Indigenous peoples of northern Australia, but only recently documented by scientists working across the Northern Territory, Western Australia, and Queensland.

Whistling kites (Haliastur sphenurus), along with black kites (Milvus migrans) and brown falcons (Falco berigora), have for thousands of years been intentionally spreading the reach of bushfires by carrying lit twigs in their beaks and claws to flush out exhausted and confused prey.

‘Avian fire-spreading’ has long been acknowledged by Aboriginal rangers as a real risk to controlled burning operations, as fire hawks can literally cause a blaze to jump across firebreaks. But until earlier this year, the existence of this behaviour was met with “official skepticism”, as the international research team behind this recent paper put it.

“We’re not discovering anything,” co-author Dr Mark Bonta, a geographer from Penn State University in the US, told National Geographic. “Most of the data that we’ve worked with is collaborative with Aboriginal peoples. They’ve known this for probably 40,000 years or more.”

Celestron’s Nature DX 8×32 binoculars are the perfect companion for your next outdoor adventure. A great first step into the world of serious sport optics, the views through Nature DX rival those of more expensive binoculars, at a price to fit your budget.

The paper was inspired by a passage in the 1962 book, I, the Aboriginal, by Australian journalist Douglas Lockwood and Waipuldanya (Phillip Roberts), an Alawa language group man from the Roper River country in the Northern Territory.

In it, Waipuldanya recalls his own observations of a fire hawk:

“I have seen a hawk pick up a smouldering stick in its claws and drop it in a fresh patch of dry grass half a mile away, then wait with its mates for the mad exodus of scorched and frightened rodents and reptiles. When that area was burnt out, the process was repeated elsewhere. We call these fires Jarulan.”

A bird that clever surely doesn’t stop there, right?

Not content to rest on its smouldering laurels, the whistling kite is also known to steal meals from other raptors, herons, and even the poor old ibis, which honestly seems a bit low – let the smelly canary have its garbage in peace.

Even more menacing are allusions to whistling kites “forcing large waterbirds to regurgitate their catch”, which sounds cruel and unusual to me, but I guess birds are gonna bird. It’s nature, who are we to judge?

Interestingly, we humans might not be the only ones upon which the whistling kite’s incredible hunting prowess has left an impression.

Back in 2012, UK and Australian scientists, Laura A. Kelley and Susan D. Healy, reported that male spotted bowerbirds in eastern Australia included whistling kite calls in their vocal mimicry, and it’s still a total mystery why they do it – the calls don’t seem to attract anyone or anything.

Although, in a world where not even garbage is safe from prying beaks, maybe that’s the point.