Bec Crew is a Sydney-based science communicator with a love for weird and wonderful animals. From strange behaviours and special adaptations to newly discovered species and the researchers who find them, her topics celebrate how alien yet relatable so many of the creatures that live amongst us can be.
By Bec Crew • August 6, 2018 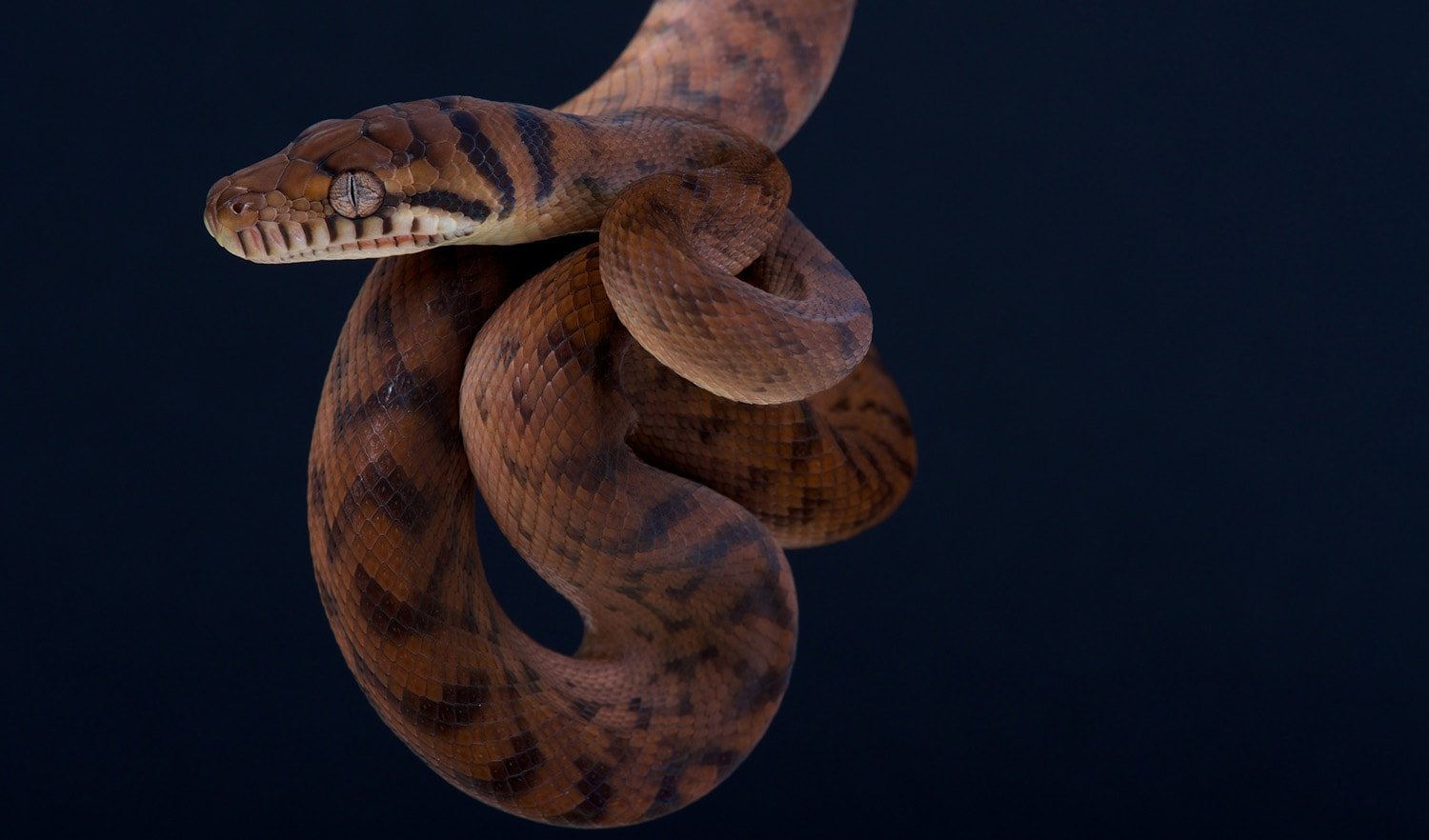 Image credit: reptiles4all/Shutterstock.com
Reading Time: 3 Minutes • Print this page
There’s something about being very big (or very small!) that makes an animal automatically more charming. And it doesn’t get much bigger than the amethystine python, or as Australians up in the north know it, the scrub python.

GROWING ANYWHERE from 3 metres to more than 8 metres long, the amethystine python (Morelia amethistina) is Australia’s longest python. And measured either by length or weight, it’s one of the six largest snakes in the world.

Found in northern tropical Queensland, Indonesia, Western New Guinea, Papua New Guinea, and nearby islands, the amethystine python keeps mostly to dense, warm rainforests, but will occasionally venture out into the suburbs, where antics invariably ensue: 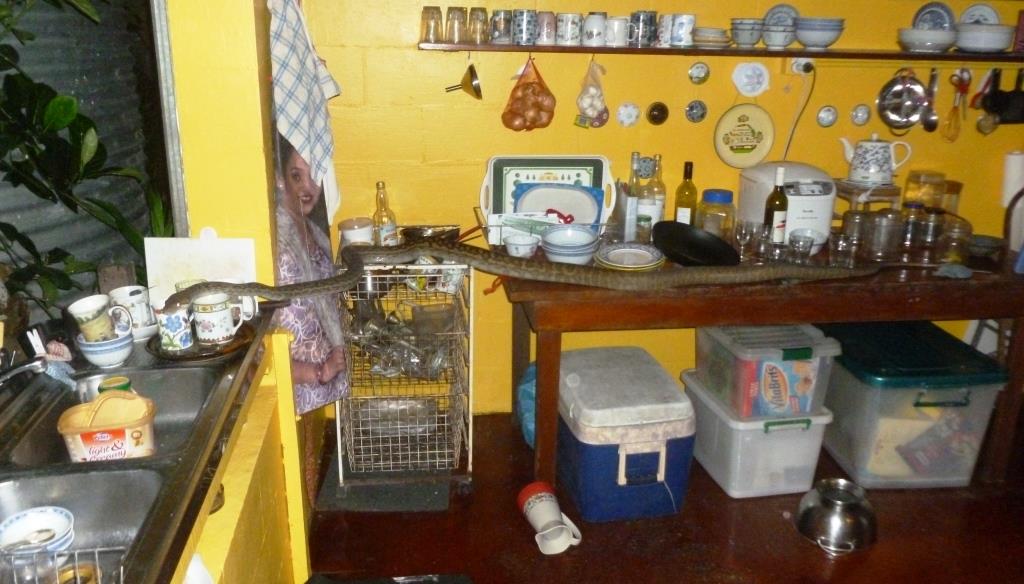 The good news is, being a python, this imposing reptile isn’t venomous. It kills its prey by crushing it between its coiled, muscular body, and then slowly swallowing it whole.

If there’s one thing an amethystine python struggles with, it’s keeping a low profile when it ventures near a home looking for food or shelter. It seems like wherever these guys go, chaos follows.

Here’s just a taste of what Australia’s longest danger noodle gets up to.

Last month, an errant scrub python was rushed to surgery to extract a stuffed animal it had ingested, after finding its way into a home in Kuranda, a mountain village near Cairns: 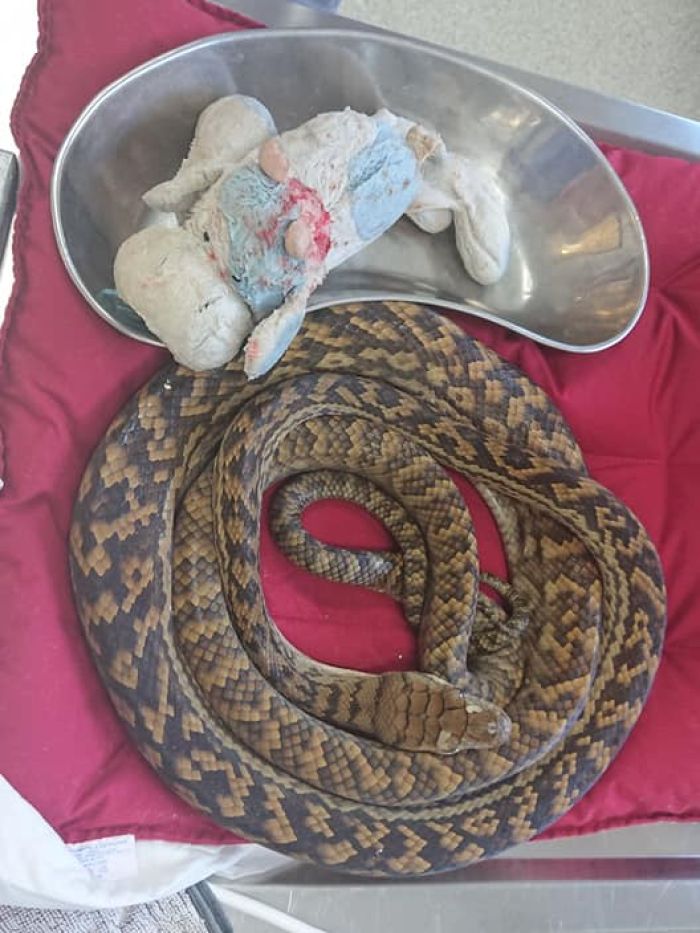 As the ABC reports, “A scrub python has undergone emergency surgery in far north Queensland after eating a young girl’s beloved stuffed toy, then lying on her bed to digest it.”

For those interested, the stuffed toy was a cow.

Back in March, Queensland electrician/ex-wildlife handler, Brydie Maro, was tasked with removing a female scrub python that had taken shelter under a family home.

As the snake is gently loaded into Maro’s tool box to be relocated elsewhere, you might think all’s well that ends well, and it would be, if it weren’t for the giant bulge in the snake’s otherwise slender body.

And then in December last year, police officers in Wujul Wujul, some 345 km north of Cairns, were forced to usher this lengthy nope rope from the middle of the road: 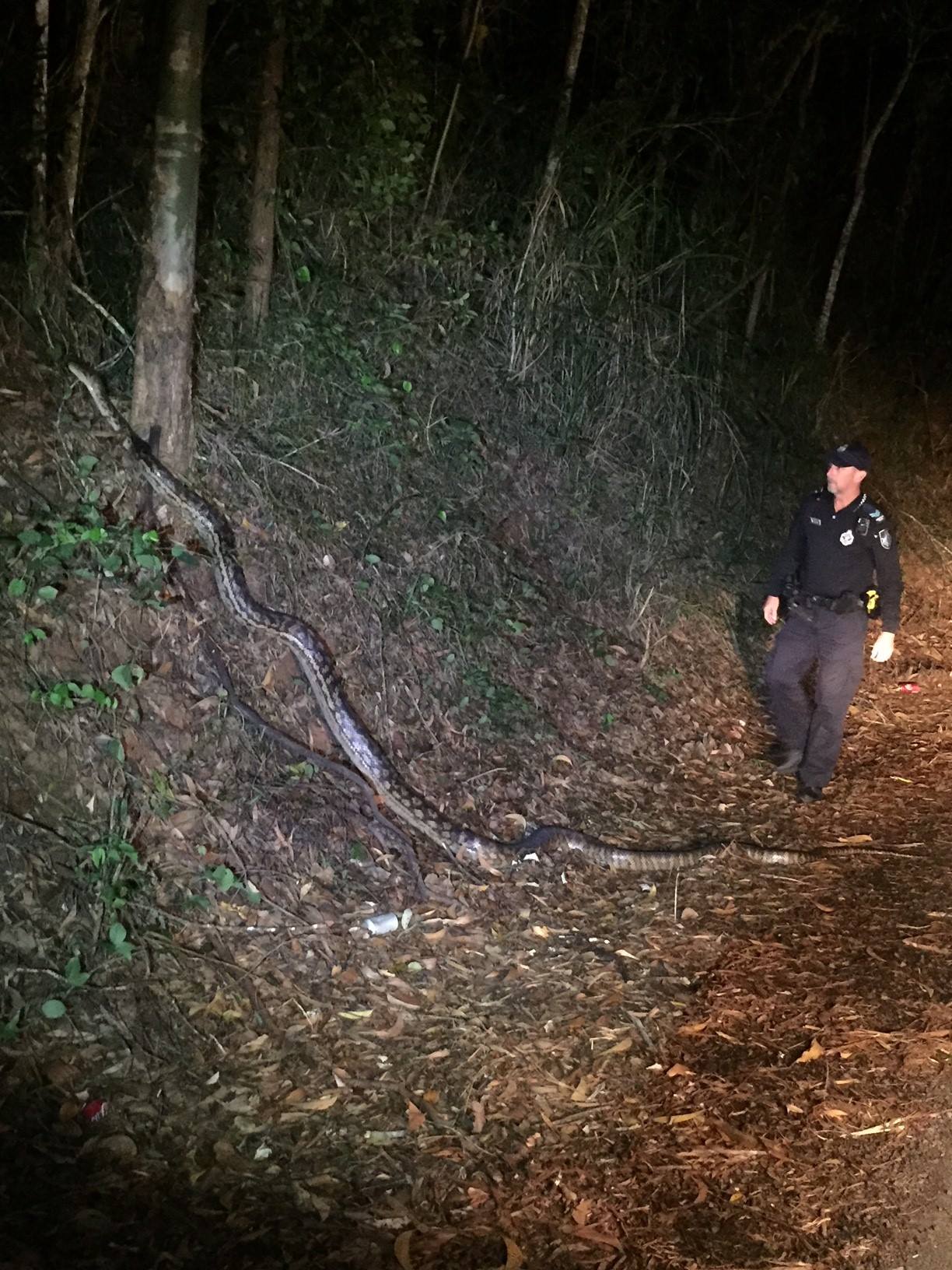 Just look at the size of it compared to a fully grown human. It’s estimated that this particular scrub python was about 5 metres long, which makes the mind boggle when you think about what an 8-metre  one would look like.

At the time, the officers said there was no passing in their police vehicle until the python was “good and ready to move”.

While we should remember that these pythons can be dangerous, and should never be treated without extreme caution, it’s nice to see so many stories where people are treating them humanely and with respect when they unwittingly get too close for comfort.

Oh, and you might be wondering where the name amethystine python comes from? It’s exactly what it sounds like – if you look closely, and in the right light, you’ll see this truly unique creature shines like an amethyst gemstone: 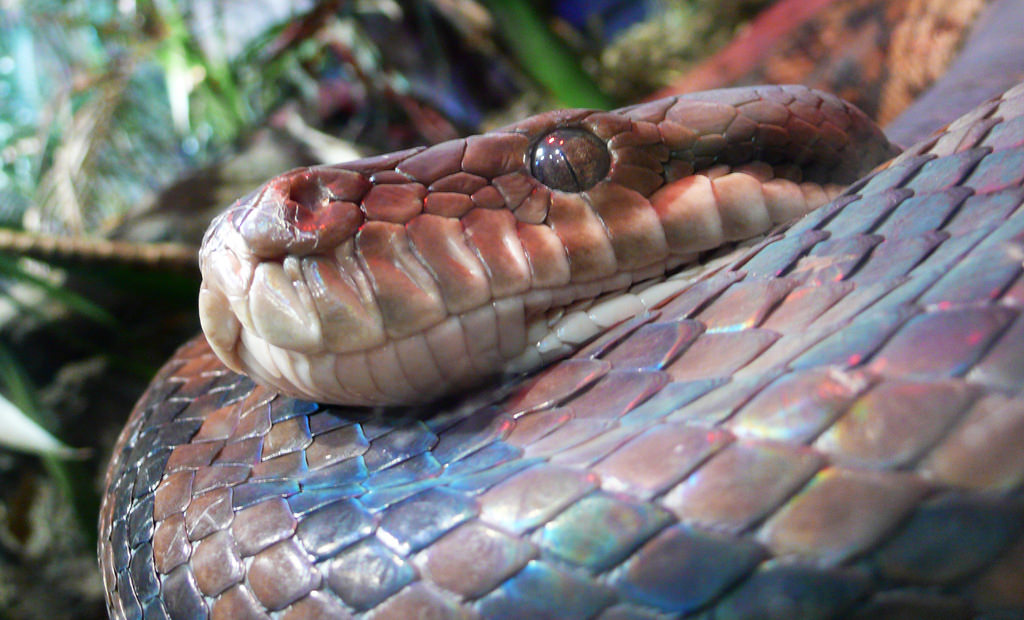