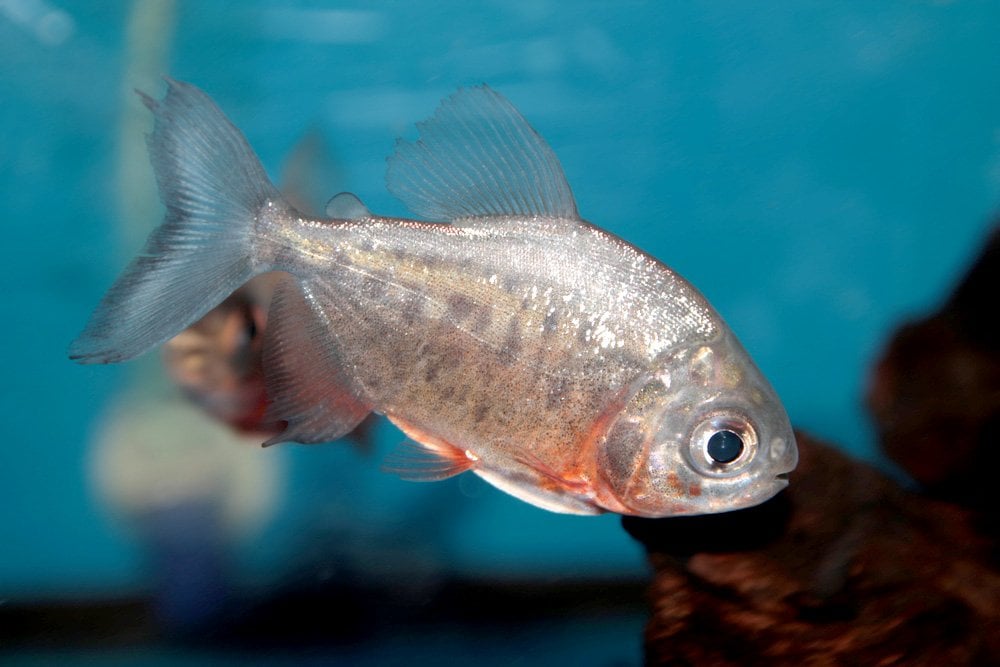 It may looks placid, but the pacu fish packs a mouth full of teeth. Image credit: Kazakov Maksim/Shutterstock.com

Native to the freshwater rivers and streams of the Amazon and Orinoco basins throughout the Amazon rainforest, the pacu was introduced to the Sepik River of New Guinea in 1995 so it could be fished locally in what was once an unproductive spot.

And they’ve got plenty of room to roam and grow numerous – the Sepik is the island’s longest river, most of it flowing through the Papua New Guinean provinces of Sandaun and East Sepik, and some through the western province of Papua. In 1997, the species was also placed in the Ramu River in northern PNG.

This is not an unusual practice on island countries and territories throughout the Pacific region. Since 1949, more than 25 species of fish have been introduced in PNG alone to provide additional sources of food and income for the locals. But where the pacu is concerned, the introduction hasn’t exactly been smooth sailing.

Not only has the species threatened local populations of fish, but there have been several reports (pdf) of nasty injuries to local swimmers due to pacu bites.

According to a study (pdf) by the Australian Centre for International Agricultural Research, “It is nicknamed the ‘ball-cutter’ by the villagers, because on occasions it has bitten off the testicles of bathing men.”

Pacu fish use teeth for a vegetarian diet

Not that the pacu shares its piranha cousins’ taste for meat and blood – pacus are actually entirely vegetarian. In captivity, they eat everything from lettuce, spinach and carrots to apple, banana, peach, peas and grapes.

In the waters of New Guinea, they feed on fallen nuts and berries, which I guess could be mistaken for…testicles? There have even been rumours that two local men died in 2011 due to a pacu bite to the groin.

For this reason, when pacu fish appeared in Scandinavian waters in late 2013, panic ensued, partly due to a joke by biologist Peter Rask Møller from the University of Copenhagen and the Natural History Museum of Denmark at the time.

“We did say that we recommend men to keep their swimsuits tied up until we know if there are more pacus out there in our waters,” Møller told CNN. “Of course, this is half a joke since it is very unlikely that you would actually meet one here and that it would bite you. It’s up to people themselves how careful they want to be. I’ll keep my shorts on, though.”