The western pygmy possum is the cutest Australian animal

Bec Crew is a Sydney-based science communicator with a love for weird and wonderful animals. From strange behaviours and special adaptations to newly discovered species and the researchers who find them, her topics celebrate how alien yet relatable so many of the creatures that live amongst us can be.
ByBec Crew• September 25, 2014 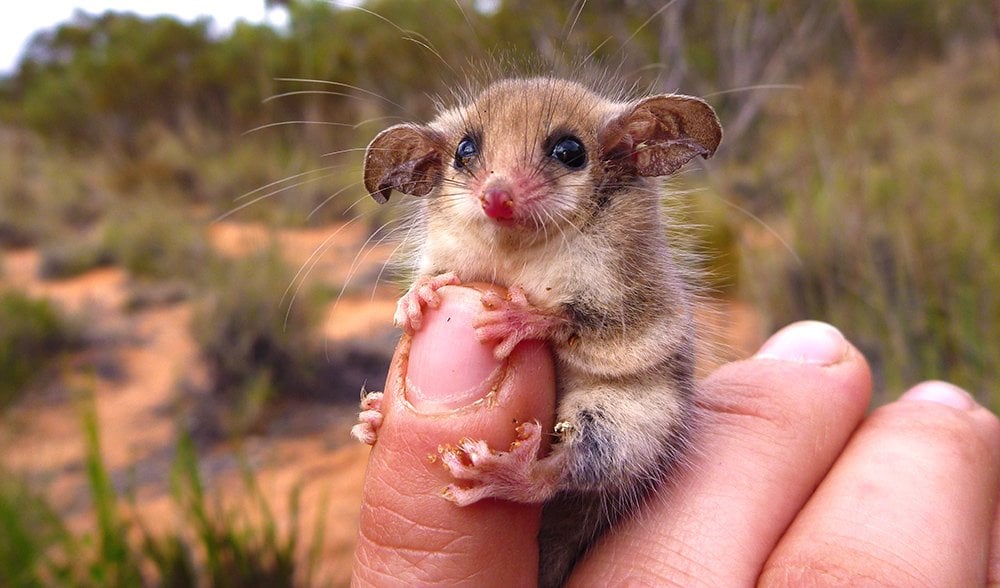 A face anyone could love: the western pygmy possum. (Credit: <a href="http://www.adelaide.edu.au/directory/amanda.mclean">Amanda McLean</a>)
Reading Time: 2 Minutes • Print this page
A cousin of the mountain pygmy possum, this western variety is just as cute.

JUST WHEN WE thought it couldn’t get much more adorable than the common spotted cuscus, along comes the western pygmy possum (Cercartetus concinnus) to blow everything we thought we knew about cute right out of the water.

Endemic to Australia, these furry little bundles with whiskers for days are found in the bush and arid shrublands of southwestern Western Australia, several regions of South Australia and western Victoria, and Kangaroo Island, favouring places thick with bottlebrushes, banksia, and grevillea. They’re also found in parts of southwestern New South Wales, but their numbers have dwindled to the point where they’re now endangered in the state.

With a body growing to just 7.7cm long, plus an 8cm-long tail, western pygmy possums might be pretty tiny, but they’re actually one of the largest pygmy possums in the world.

Members of the pygmy possum family, called Burramyidae, are found in Australia, Indonesia, and Papua New Guinea, and Tasmania has the honour of hosting the smallest possum in the world – the 6.5cm-long, 9g Tasmanian pygmy possum (Cercartetus Lepidus). It basically looks like a mouse.

Like all pygmy possums, the western pygmy possum is great at entering mini hibernating periods called torpor. As soon as temperatures dip below 12°C and food is scarce, they’ll fall into a deep sleep for several days.

This is often the only way that researchers can actually catch these guys in the wild, picking them up while they’re still curled up in a tight, cinnamon-coloured ball, with their large, floppy ears folded down over their eyes and their hands scrunched up into dainty fists. Torpid individuals avoid starvation by drastically dropping their body temperature, oxygen consumption, and heart rate.

When they’re not sleeping through the cold and rainy weather like most of us wish we could, western pygmy possums will be out feeding on nectar, pollen, spiders, and insects, ripping off any inedible wings with their dexterous little pink hands.